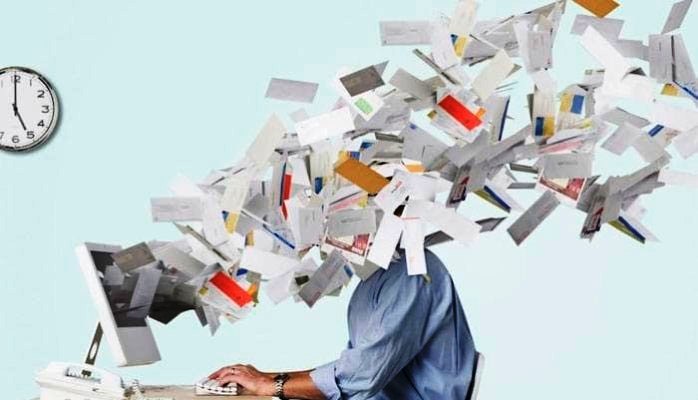 I took a vacation last week at a cabin with no TV and little in the way of internet access. I could get my email, but anything else was so slow that it reminded me of when web access was all dial-up using 56K modems. (Ask your parents. No, wait, ask a kid, they probably studied this in history class.)

Anyway, bottom line, many of my friends thought I’d suffered another stroke because I suddenly stopped posting my habitual two dozen articles a day on Facebook. I’m usually at the computer, catching up on the news, first thing every day. Besides Facebook feeds, I have RSS feeds from all the major news outlets, plus an avalanche of health news, which I follow for one of my freelance jobs. Between reading, posting, bookmarking and commenting, my head can be glued to the screen right up to noon, when my alarm reminds me to turn on the TV so I can catch the noon news broadcast.

News junkie? No, news junkies turn to me to know what’s going on.

Now this is the point where you’d think I’d talk about internet addiction, but I honestly didn’t miss it at all. Although I believe that a constant stream of news keeps me connected to the world, I also know that it keeps me disconnected from the world just outside my front door, or even the world standing two feet from me asking if I’m going to make breakfast or do I plan on eating browser cookies all day.

“No, I deleted most of them,” fails to cool the irritation.

En tout cas, I wasn’t working, so there was no need for me to know about the latest shenanigans at city hall, the latest affront to Quebec nationhood or the newest outrage from a president whose ability to offend is limited only by his tiny vocabulary and Twitter’s 140-character limit. So I just quit, cold turkey.

No news is good news? Not really, because the people who are busy destroying the planet and ripping off 99 per cent of its inhabitants so they can amass amounts of wealth so perverse that they could never spend it in 1,000 lifetimes rely on the rest of us not knowing what’s going on. No news is good for the dictators, the oligarchs, the immoral, the sociopaths and the kleptocrats.

It’s not so good for the rest of us.

But our thirst for understanding has been met, in this internet age of virtually instant gratification, with such a flood of data that we’re likely to drown long before we feel any relief.

So rather than feeling parched, I felt like I was able to breathe for the first time in a long time. Whatever Donald Trump was tweeting, whatever rambling word salad of a speech he was making, it wasn’t bothering me.

There are a lot of people who think that these distractions are part of the Trump strategy, that he deliberately pees in the soup to keep people focused on the outrageous while his efforts to dismantle the United States’ protections for the environment, public health and safety and the poor are pushed to page 26. This week we are up in arms over his attacks on the thousands of transgendered members of the armed forces who unselfishly serve their nation in ways Trump has studiously evaded. Meanwhile, he is boosting already obscene levels of military spending so that his buddies can make more money selling the hardware of death, and he is pushing Canada and other NATO allies to follow suit.

Whether the strategy is deliberate or not is irrelevant; what’s more important is that it’s working. We spend so much time watching the antics of the monkey that we don’t see the organ grinder picking our pockets.

When I returned from my short internet vacation, the forced twilight had renewed my ability to focus again, to look beyond and past the bright and noisy distractions that fill my news stream to the shadows where the real damage is being done.

How long can I keep it up? Who knows, but maybe if we all make an effort to see the bigger picture, we can learn to ignore the antics of the creepy uncle with the cheap spray tan.

If you insist on being distracted by clowns, don’t accept cheap imitations. Go see Montreal ex-pat DeAnne Smith’s final 2017 Just for Laughs show on Friday — she is brilliant, hilarious, endearing and well on her way to a long and fruitful career. American Ryan Hamilton is another comedian you shouldn’t miss, he’s got shows today, Friday and Saturday at Place des Art’s Salle Claude-Léveillée. ■