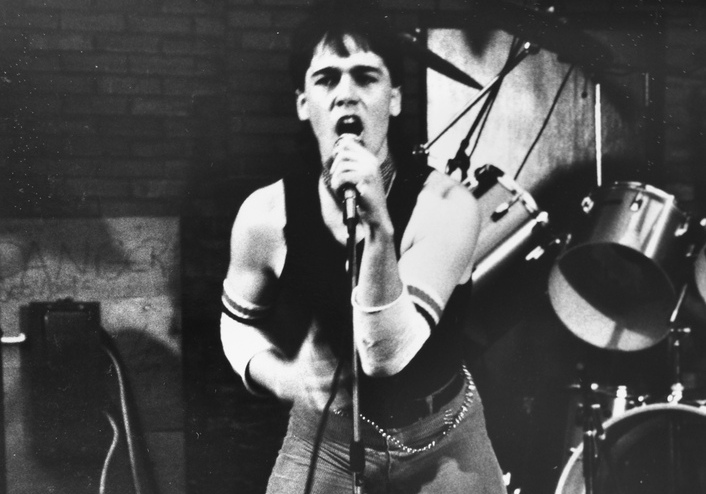 Filling the void left by the Warped Tour (and, this year at least, Heavy Montreal), Evenko and Greenland are mounting a new outdoor music festival called 77 Montreal.

Named for the year of punk rock’s “big bang,” the one-day event (happening on July 28) will feature ’90s punk heroes the Vandals, Dropkick Murphys and Rancid as well as vets of L.A.s ’70s scene, X, and Jake Burns of Irish band Stiff Little Fingers, who formed in 1977.

As Greenland and Osheaga co-founder Dan Webster explains, the Greenland archive contains the promoters’ show posters going back to 1993. Archive Montreal founder Louis Rastelli says that much of their punk-era material in the exhibition comes from poster designer Janou Fleury and (deceased) punk poster collector Bryan Damaged, as well as artist and musician Rick Trembles. 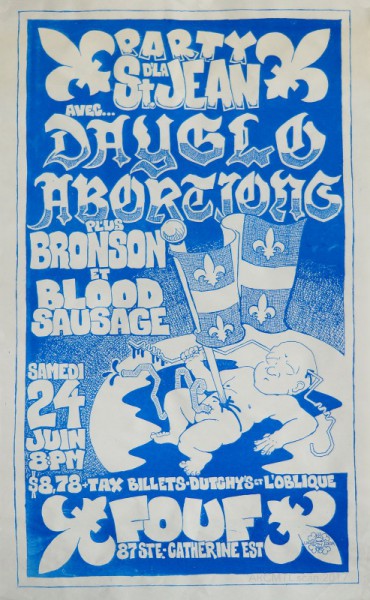 One of Trembles’ bands, the Electric Vomit, played Montreal’s first ever Punk Rock Festival in 1979, an infamous event on the McGill campus and one of the earlier shows to be featured in 77 Montreal’s physical exhibition and online archive.

“That show was the Electric Vomit’s first gig, the first time in front of an audience,” Trembles recalls. “We had a mannequin that I found in someone’s garbage. We wrote ‘Jim Jones Fan Club’ on his chest and christened him Jimmy, our mascot. There were over 1,000 people at that gig, partly because it was a regular McGill party and partly because people were curious about a ‘punk fest.’ I went on straight, but 15 minutes before the set, and for about an hour after, the adrenalin in me screwed my head up so much that I could hardly talk. We got paid free beer.”

“I remember that gig better than most, actually,” says Chris Barry, whose band the 222s was also on the bill. “It was the first big gig I’d ever done and it didn’t really work out so well. We had always styled ourselves as a wannabe pro outfit, aspiring to be as tight as the Ramones, which to some people just wasn’t ‘punk.’ God forbid you should actually be in tune. Plus, in ’78, ’79, the Chromosomes (another Montreal punk band playing the festival) had a major hate-on for the 222s, and they had a lot of friends, operating kind of like a gang.

“We hadn’t been on stage for two minutes when the beer and spit and bottles and rocks and God fuckin’ knows what else began to rain down on us. The Chromosomes had gotten the ball rolling, but by that time of night, with 50-cent beer and drunken frat boys galore, the 222s, with our dayglo leather, Chairman Mao shirts, fake zebra skin pants and the like, made for pretty ideal targets. ‘Fuckin’ faggots!’

“That’s essentially where we started from when we hit the stage. Except the Chromosomes had also sabotaged our gear, so drums were falling over, amplifiers suddenly didn’t work, all this shit just making everything that much worse for us. Consequently there was a lot of dead time between songs while we struggled to get our gear working again. Which left li’l ’ol me to deal with this increasingly aggressive audience, which I didn’t do very well.

“Being pretty fresh at all of 16 years old, I had no idea how to deal with a situation like this. Instead of just going ‘Fuck you all’ and leaving the stage — which is something the 222s would eventually learn to do quite well, as this was far from the last time we’d be assaulted onstage — I instead took my cue from Iggy’s Metallic KO record and started taunting the audience, possibly the dumbest thing I could have done. 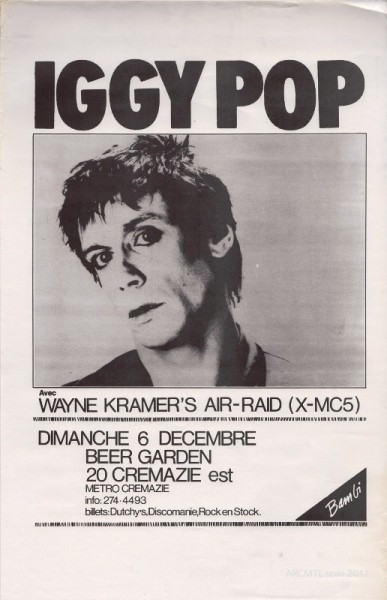 “My taunts only made our situation worse. Maybe 15 minutes into our set, they pulled the PA and turned the house lights on. Another bad idea. A riot immediately ensued, causing all sorts of damage to the university and surrounding area. That led to ‘punk’ being banned from every venue in the city for about a year — not that any of them had been booking our respective bands prior to the riot, of course.”

As anyone who’s been to an Evenko festival already knows, 77 Montreal will be a little more organized and safe than that 1979 shit-show. The event will be presented at the alternative Parc Jean-Drapeau, the temporary site on Ile Notre-Dame where both Osheaga and Île Soniq will be held this summer. For 77, there will be two stages, a large tent for the two exhibitions, a community area with places to sit and chill, a container cinema, food trucks and other pop-ups.

And like the other Evenko festivals, this one will be an annual event.

“It’s a style of music that [Greenland does] and we have done every year, and we have so much of it, with new bands every year, with different bands being available — we couldn’t run out of bands,” he says. “People thought punk was going away, but it’s not going away — it’s never gonna go away. It’s an attitude — it’s about rebellion and it’s about identity and all those things that kids go through, so they’re gonna keep embracing it and identifying with it.” ■