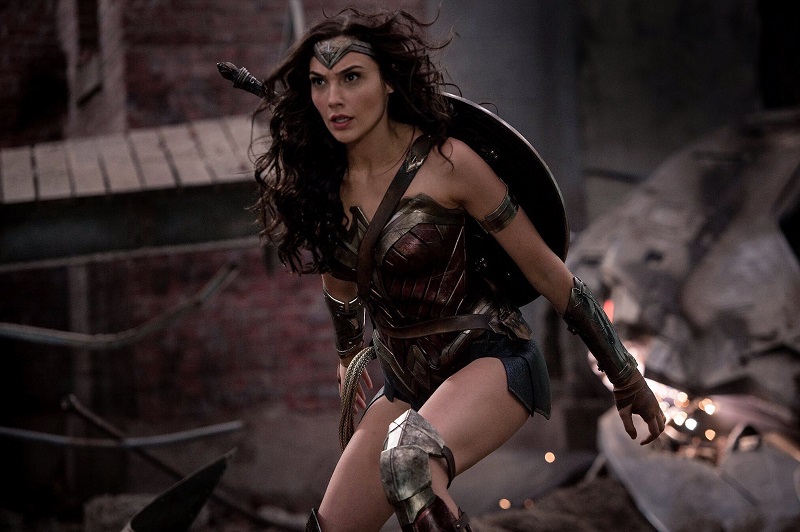 Reviews of superhero movies should probably only extend to a couple of words at this point, mainly to differentiate between the “dumb-dumb” and the “fun-dumb.” No matter what we write, they’ll still make bucket-loads of cash, because humanity loves beautiful, make-believe characters wearing silly things.

Unfortunately, that wouldn’t allow us to wax on about Marvel vs. DC and the failure of one universe compared to the other. Worry not, I shan’t dwell on that — I’m sure there are enough nerds with crates of Zack Snyder voodoo dolls, and I prefer dividing superpeople into categories of Fuck, Marry or Kill anyway. Let’s get into it, shall we?

It’s surprising it took this long for Wonder Woman to make her live-action movie debut (Ben Affleck stink bomb aside), considering the abundance of films revolving around a teenage boy spinning cobwebs or a rich white man with a funny mask and a fancy car. Meanwhile, Wonder Woman is a super-warrior, daughter of an Amazon queen and possessor of god-like powers. Move over, little boys!

Patty Jenkins, previously seen directing the tale of a slightly different killing lady in Monster, helms her cinematic step into the spotlight, while the majestic Gal Gadot dons the sexy one-piece, the “truth lasso” and the indestructible bracelets.

It opens on the scenic island of Themyscira, where gorgeous Amazon warrior women horse around and master backflips and bows. Young Wonder Woman, hereby referred to as Princess Diana, wants to train with her aunt, the impressive Antiope (Robin Wright, flawless), but her mother, Queen Hippolyta (Connie Nielsen, also flawless) forbids it. In true rebellious Disney princess fashion, Diana does it anyway, quickly becoming the best fighter on the island.

When a blue-eyed, rosy-cheeked soldier boy romantically named Steve (Chris Pine) crash lands on the island, the now grown-up Diana saves him in a scene hilariously reminiscent of The Little Mermaid, except for, you know, Germans showing up. Diana decides to follow Steve to help prevent WWI, which she believes is caused by the god Ares.

The rest unfurls like your typical superhero saga: good clashes with evil in a series of explosive CGI battles. A rag-tag cast of characters deliver the token comic relief, including the always-affable Ewen Bremner (Trainspotting‘s Spud) as a drunken Scottish soldier and Etta (The Office U.K.’s Lucy Davis) as Steve’s bumbling secretary.

Diana is both naive and fearless as she stumbles into the early 20th century man’s world with no knowledge of gender norms, etiquette or what a lady should wear. Mustachioed old men tut-tut the sight of a woman anywhere she shouldn’t be, while ogling her formidable Amazon beauty.

Jenkins, perhaps displaying a woman’s touch, lets you admire Gadot’s magnificence without the use of the classic “camera up butt” angles favoured by other directors when filming leather-clad ladies. (“Camera up butt” may or may not be the technical term.)

This is definitely 100 per cent fun-dumb, with epic and entertaining fight sequences and an amusing script that doesn’t take itself too seriously. Of course, it’s inevitably too long, with a buzzkill romance (why must Wonder Woman love a “Steve”?) and a very silly end battle involving a certain deity and the saving of humanity. Why must humanity always be saved? Let it die and go back to your fabulous, girl power island!

Must-have superhero tropes aside, the film manages a rare feat for a Marvel or DC production. Perhaps because it’s an origin story, it feels like a stand-alone movie focused on its main character instead of a set-up for what’s to come, where it seems like the director is constantly winking at you and begging for you to stay after the credits. Bets on for this getting lost when Wonder Woman is thrown back in with the boys in Justice League, but at least we’ll have the sea-soaked mane and manly frame of Jason Momoa to soften the blow. Amirite ladies? ■