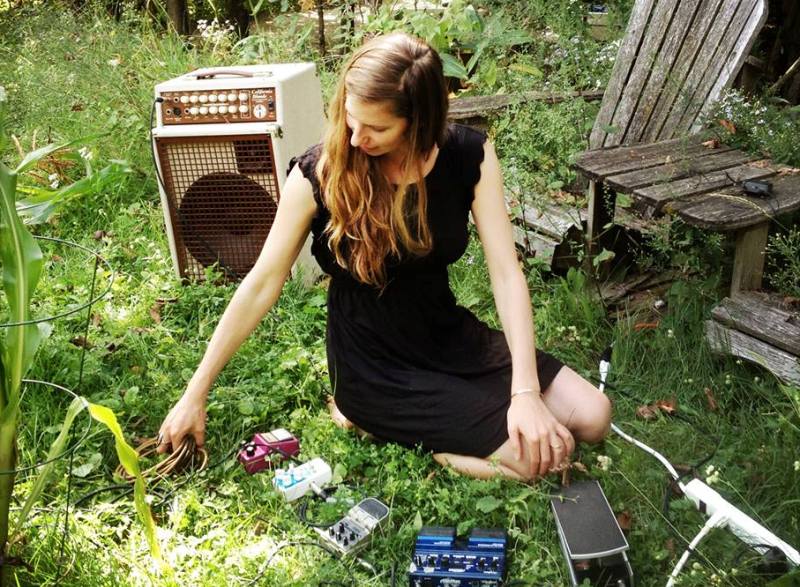 In a lot of ways, cellist Rebecca Foon is the perfect candidate to open Suoni Per Il Popolo’s busy month of June. Throughout the year, Suoni imports a great deal of talent, but above all else, it values the musicians in its own city and emphasizes community building and social progress alongside its musical innovation.  In her words, “Suoni has cultivated such a rich cultural music scene in Montreal and really given a beautiful platform for experimental music to thrive.”

Foon doesn’t get too far into discussions about her solo project Saltland before mentioning the importance of the Montreal community and her efforts in environmental activism.  Upon moving here at the age of 17, Foon “hadn’t given [herself] that much permission to try experimenting in other worlds as a musician.”

Being tied so closely to classical music, the cello lends itself to a specific box, but Foon found inspiration in Concordia’s contemporary dancers and the Hotel2tango crowd, eventually joining the illustrious Silver Mt. Zion Orchestra and co-founding the award-winning band Esmerine.

She describes this time in her life as an “exciting chance to meet likeminded people that were coming from the same sensibilities and ethical place and interested in building a community and creating a cultural landscape in the world and in Montreal.”

Esmerine is still running strong following their Juno win in 2014, but before starting up her solo career, Foon needed change in her life.  She ran into a roadblock of sorts, “riddled with fear, anxiety, and opportunity” and the constant questioning of “what the hell am I doing?”

She ended up leaving Silver Mt. Zion in 2008, earning a master’s degree from McGill in urban planning, and later co-founding the organization Pathway to Paris with Jesse Paris Smith.  Organizing their first two events in Paris around the time of the Year in Climate Change Conference, Foon describes Pathway to Paris as an effort to put “pressure to actually make sure the Paris Agreement was established” as well as work “with a lot of cities to go 100 per cent renewable to be able to meet the targets in the Paris agreement.”

Foon explains that the organization remains relevant because governments can be a bit flimsy, and the agreement remains under threat: “national government is so scary on so many levels so bringing it down to a community and city municipal level can be really empowering.”

Bringing things back to her musical efforts, Foon mentions that amongst all her academic and theoretical studies, she ended up with a lot to talk about and started writing lyrics and working on a different type of songwriting in what would become the first Saltland record. “I wanted a chance to give myself permission to sing…[the] first record was really an exploration — the cello as the platform — a chance for me to write lyrics and sing on top of that.”

Aside from her lyrics, Foon talks about the exploration of the cello world as a metaphor for her environmental efforts.  The cello is “still developing a voice outside of classical music…[I’m] pushing boundaries that way — pushing boundaries on any level is in a way kind of suggesting new ways of seeing.  It’s more abstract, but hearing that, it’s tying into my same vision of trying to help, in some small way, the world to flip itself on its head to be sustainable.”

Her most recent record, A Common Truth, is even more committed to her exploration of the world of the cello, which leads to a more ideal live set-up for Foon.  Thriving mostly on looping pedals, her live shows capture the essence of the work, while leaving the door open for the music to be “custom to what I’m feeling in the moment…it’s a nice way to connect with the audience.”

Environmental activism and Saltland have always gone hand in hand in Foon’s life.  Her new record is a spiritual rumination on her life experiences, with lyrics about changing the world.  It’s sure to set Suoni on the right foot with a uniquely Montreal experience. ■