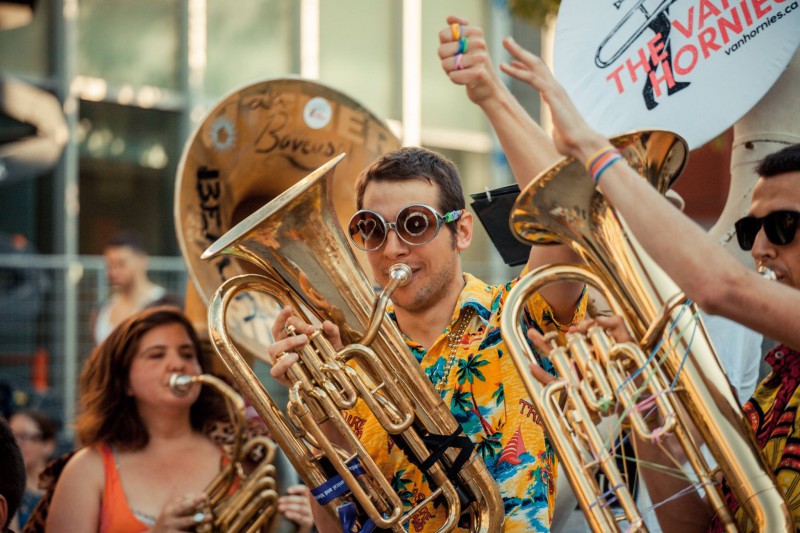 Brush up on your rap skills at today’s Hip-Hop Writing Workshop at le Livart, hosted by Rap Battles for Social Justice. The cyphers behind the group will help participants craft rhymes and share in conversations about current issues that affect marginalized communities, with a group demo at the end to show off your new flow. 3980 St-Denis, 3–5 p.m., free

Cozy Mile Ex bar and showroom le Ritz is the site of another edition of Drunken Cinema MTL, and tonight the film they’ll be leading a drinking game along to is Body Parts, a possessed-limb horror movie from 1991. 179 Jean-Talon W., doors 7 p.m., show 8 p.m., $5

If you’ve noticed the sounds of a brass band while passing by the Van Horne Underpass in the past year, it was likely the improvisations of a group of over 20 musicians that’s become known as the Van Hornies. Tonight they’re bringing their energetic compositions to Divan Orange for a free show as part of a series hosted by music production college Musitechnic. 4234 St-Laurent, 8:30 p.m., free