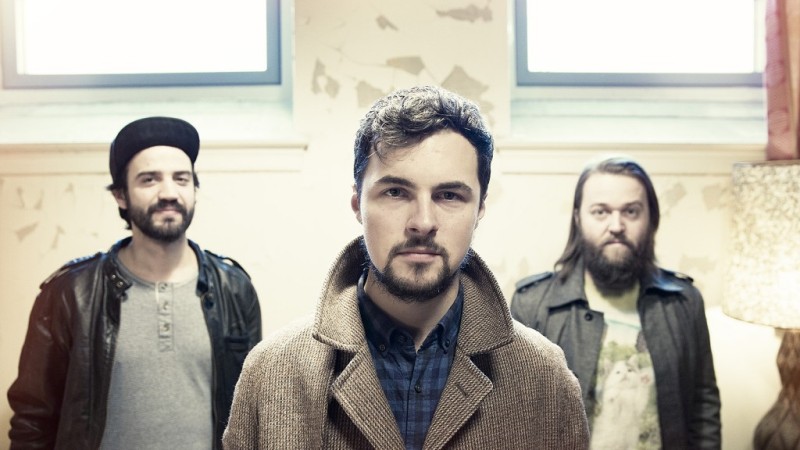 New to this year’s Montreal Jazz Fest line-up is the RE: creation, where artists devote a night to covering other artists. There are some obvious ones, like local songwriter Jesse Mac Cormack playing music by bluesman Muddy Waters and pianist Jean-Michel Blais going minimalist with the works of Steve Reich and Philip Glass, but there’s also French pianist Maxence Cyrin delving into Aphex Twin and local trio Misc jazz-ifying British electronic crooner James Blake.

If you caught Misc’s eponymous debut last year, you would have noticed album closer “Overgrown,” which takes the main ideas of the Blake original and expands them into a robust instrumental performance with solos.

Saturday night’s show will be primarily devoted to James Blake’s debut album and not his Mercury Prize-winning follow-up, but “Overgrown” gives an idea of what to expect: a mostly electronic musician re-imagined in an instrumental setting by a group that’s unafraid to dip into both jazz and pop.

“We saw it as a challenge to play James Blake’s music, because the majority of it isn’t acoustic bass and drums. Adapting this to an acoustic setting was very interesting for us. It’s a lot of fun,” says Misc pianist and bandleader Jérôme Beaulieu.

The Jazz Fest gave the band the option of picking any artist they wanted to cover.

“That’s the point of pop music: finding a combination of instruments and textures that works,” he adds. “When you remove that, there’s often not enough left to do a song that stands up without words. With James Blake, it’s fun even if the words and textures aren’t there.”

Some of Blake’s tricks couldn’t be easily duplicated by a piano-drum-double bass combo, most notably those glitch-y cuts where sounds come in at random times. Other things required a little bit of creativity.

“There’s a sound in electronic music that’s like a vinyl stopping on a needle, you can hear the abrupt stop. For us, (drummer) Will Côté hit a moving table fan with his drumstick.”

They’ve also added noisemakers, vocoder and delays. The band’s boundaries were pushed as they exited their usual set-up in the hopes of finding real sounds that could reasonably emulate computer ones.

Beaulieu isn’t sure if these new Blake covers will eventually be recorded, but at the very least, they’ve made it into Misc’s repertoire.

“Whenever you do a cover of a song that’s not yours, you want it to be different,” Beaulieu says. “If it’s just the original but not as good, there’s no point. We tried to make them ours, and it takes time to do that. We’ve been working on this a couple of months and I think we’ve come up with something.” ■