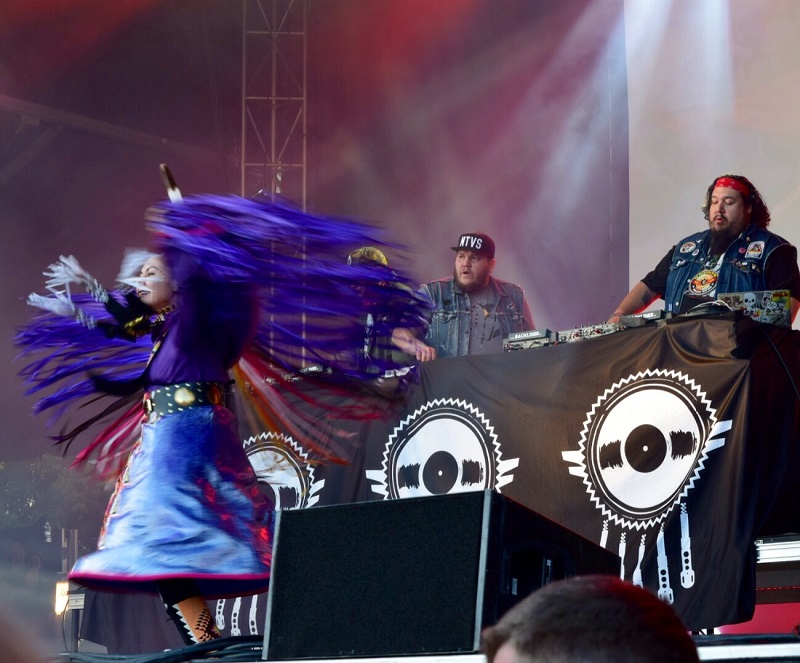 There was much to celebrate this weekend at Toronto’s Field Trip Music Festival: new tunes from Broken Social Scene after a seven-year wait, Feist’s return to the stage, delivering her first new music in six years and, of course, five years of the Arts and Crafts’ fest which is now partnered with Live Nation.

The fest, which is held at Historic Fort York & Garrison Common, promised and delivered sunny skies on Saturday but was threatened by scattered thunderstorms for Sunday. You could find festival-goers feverishly checking for updates on weather apps, discussing plans of attack, worrying that lightning may bring an early end to their plans. Throngs of people arrived yesterday clad in wellie boots and raincoats, holding umbrellas, to be welcomed by unexpected sunshine and sunburns.

The family-friendly event offered programming all weekend for tykes, including a valley of hula hoops and bubbles, their own music stage and grassy hills to roll down. The entrance was also flanked with a large variety of food trucks carrying an impressive array of cuisine. Whether you were craving wood-fired pizza, fried chicken and waffles, a crispy tofu and slaw burger or tacos, your needs were addressed — for the expected hefty festival price. Let’s not even discuss how much two beers would set you back. 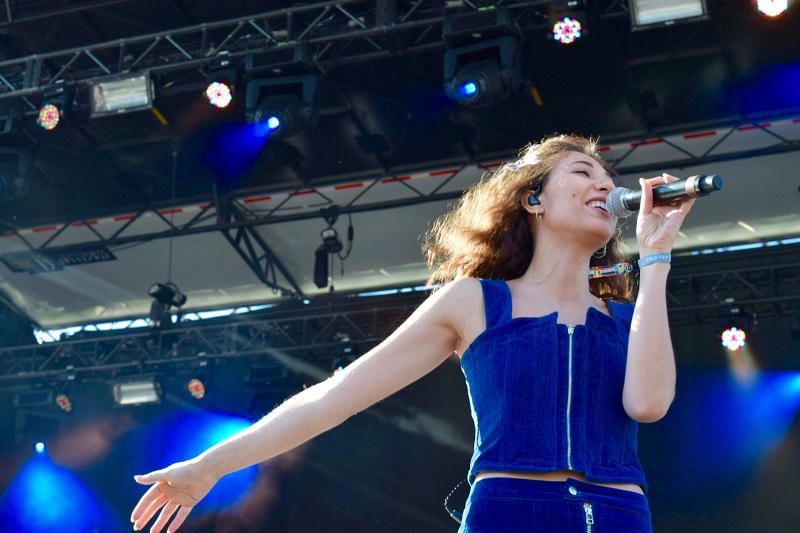 Halifax’s Walrus opened the fest with some indie rock tunes on the Fort York stage, followed by Toronto producer and DJ Harrison, who kicked things up a notch and delivered some early afternoon chill dance numbers over at the Garrison stage. Brooklyn native and multi instrumentalist Yoke Lore’s (Adrian Galvin) set was one of the most memorable of the festival. Pint-sized Galvin offered up an earnest and energetic performance which established a gathering crowd. Fellow Brooklynites Overcoats carried some incredible harmonies and synchronized dance moves, only rivaled by Portland’s Joseph — comprised of sisters Natalie Closner Schepman and Allison and Meegan Closner — whose energetic folk tunes call to mind England’s the Staves. Argentinian-born electro-pop singer-songwriter and producer Tei Shi (Valerie Teicher) started a dance party, culminating with the performance of her breakout track “Bassically.”

Toronto’s Bernice, Winnipeg’s Royal Canoe and Dartmouth’s Matt Mays all delivered solid sets but the crowd was drawn over to the Garrison stage for the driving guitar solos of Alaska’s Portugal. The Man. First Nations electronic music group A Tribe Called Red continued the party with pulsing beats accompanied by performances of traditional and non-traditional dance, vocals and visuals.

Closing the first day of the fest was L.A. hip hop pioneers the Pharcyde and the long-awaited performance by Broken Social Scene. Band leader Kevin Drew welcomed many familiar faces to the stage including Feist, Metric’s Emily Haines and Amy Millan. The performance of “7/4 (Shoreline)” was one to note as the stage swelled with over a dozen musicians. 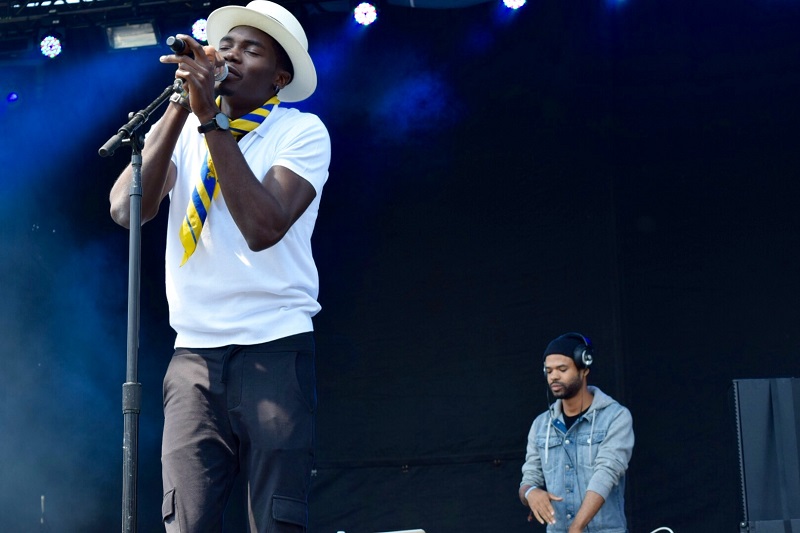 It’s a shame that more of the Sunday crowd hadn’t arrived yet for Guelph’s 22-year-old folk/soul songstress Nefe. She’s super talented and an act I’m going to keep my eye on. Nigerian-born harmonic hip hop artist Tobi, who (saying this as a lover of ladies) was one of the most beautiful humans I’ve ever seen, was sadly underwhelming but Edmonton’s sibling duo Tennyson delivered electronic jazzy-bliss. L.A.’s LP (Laura Pergolizzi) was a treat. She provided a stand-out performance, garnered an impressive crowd and had everyone singing the lyrics of “Lost on You” before she was through. Vancouver’s Hannah Georgas, Timber Timbre and Dublin’s James Vincent McMorrow did not disappoint but as the crowd at the Garrison stage multiplied it was pretty clear that the vast majority were waiting (at times impatiently) for Feist or Phoenix. Nearing the end of Feist’s set, the crowd was so congested it made tricky work of any attempt to check out BADBADNOTGOOD. And of course Versailles’s Phoenix delivered, diving into the crowd and leaving festival-goers wistful.

Overall, Field Trip met expectations. It can feel a bit like a celebration for its founders, potentially just grazing the line of self-indulgence, but without Arts and Crafts this festival would not be. Fair is fair and I’d be happy to see this one stick around. ■