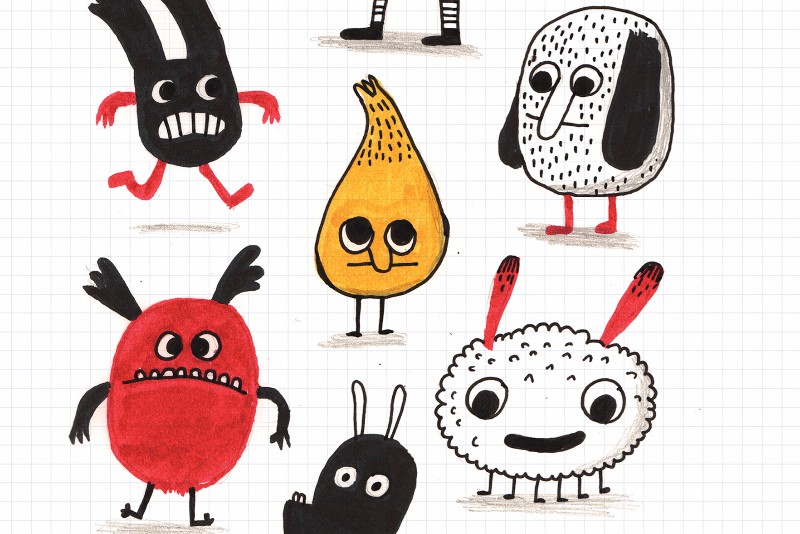 Nothing alleviates stress and anxiety like the adult colouring book. In a recent article, The Guardian argued that this type of low-grade mindfulness engages the brain “just enough to stop it whirring, but not so much that the concentration is draining.” And for the past few years, the trend was so explosive that colouring books clogged up the non-fiction best-seller lists.

Rest assured, we have passed peak adult colouring book now that they can be easily purchased at the dollar store. The anxiety of life under late-capitalism, however, has not diminished. If anything, things have wound up a notch with the current wave of international political instability, skyrocketing housing prices, job (in)security, personal financial meltdowns, emotional relationships and, simply, the news.

While kids might not give a toss, the anxiety and stress levels of their parents have a cute way of trickling down unto them. We inadvertently teach our kids to be stressed via how we silently deal with our own psycho-emotional pressures. Can you think of a single elementary school student that doesn’t own three or four “stress-relieving” fidget spinners? They are about as effective as a pet rock, yet our kids absolutely need them.

It can be difficult, even as an adult in therapy, to disclose feelings of inadequacy and failure. It must be doubly difficult for a child or young person to express any sort of darkness that might linger within. In the words of The Simpsons’ Maude Flanders: “Won’t anyone think of the children?” Turns out, someone has: Elise Gravel’s latest book, If Found… Please Return to Elise Gravel serves exactly this purpose by encouraging its readers to channel these feelings into art.

Need an imaginary friend? Borrow one from her book, or draw your own. And don’t be afraid to make mistakes. Gravel, herself, loves to focus on the unusual: “I often create drawings that I find ugly. Sometimes I say to myself, ‘I’ll never get it. It never turns out how I want.’ But I restart again and again, and at some point I’m happy with my work.”

Gravel is not afraid of gross stuff: she has entire books dedicated to monsters, head lice, rats, cranky ballerinas and smelly things from nowhere. With If Found, her focus on the sketchbook metaphorically elicits the idea that not much in life turns out right, or perfect, the first time.

“Don’t be afraid to make mistakes! This is my MOST IMPORTANT piece of advice. Accept that you won’t be perfect from the beginning. Do you think your drawing is ugly? Take a deep breath. Try to see how you can improve, then restart. And restart again.”

Failure can be crippling. Colouring books for adults come with a built-in safety net, in that there is no right or wrong way to colour something in. Gravel’s book is a way for young people to learn early on that both positive and negative stuff exists, and are a part of life.

But unlike a colouring book, If Found insists you start from the blank page. With Gravel, the reader is enticed to connect with the idea that there is no safety net; that who you are is not pre-defined, and can go in whatever direction you want.

“Always keep in mind that even the best artists are sometimes unhappy with their work. It’s normal. It doesn’t mean that you’re untalented, or that you’re not good at drawing. It just means that you want to get better.”

These tips serve as a reminder to grown-ups as well. Life moves quick, and doodling can help us through the tough times. Why not draw an angry thing, or frustrated thing, or disappointed thing? What would those things look like? Maybe an avant-garde imaginary friend with ridiculous backstory is just what each of us need — young or old — right now. ■