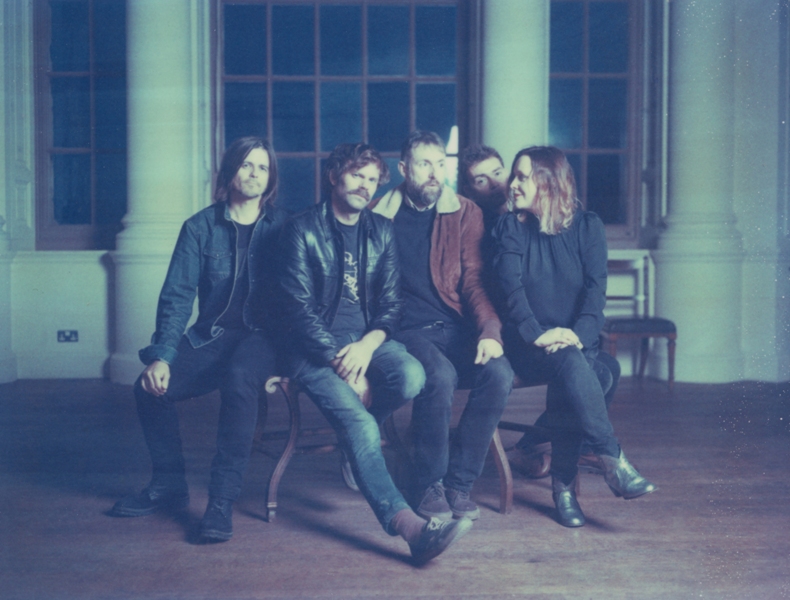 The return of s­hoegaze band Slowdive is a bit different from the usual middle-aged rock act comeback tour. Having been dropped from Creation Records immediately after the release of their third album, the group didn’t exactly leave at the top. Rather, it seemed as if the world had determined them old hat and completely lost interest.

Founding member Rachel Goswell explains that everything’s that’s happened since the band’s return conjures some level of shock, such as Pitchfork’s request for a documentary about their sophomore LP. “When they approached us about doing that, I think we were all a bit like…really?” she says. “We’re not one of those bands that has documentaries made about them.”

Even the idea of shoegaze as a “real genre” came as a surprise. “I remember being on Myspace 10 years ago, setting up my account, and seeing shoegaze as a genre, which I was flabbergasted by.”

After nabbing an unexpected appearance at the world-renowned Primavera Sound festival in 2014, Slowdive’s return (and the subsequent demand for shows) went international.

“It just really snowballed in a way that nobody was anticipating, and during that eight-week summer period, we ended up doing about 30 festivals around the world,” says Goswell, stressing that it was never just about the comeback tour. “We didn’t want to be just a nostalgia band. We decided pretty much at the first rehearsal that we wanted to do new music.”

Having had a slightly negative history with major labels — their last American tour was self-funded because a “very rubbish” major label dropped out at the last minute — the recording of their new self-titled project was entirely self-financed and directed. Between shows and touring the band “pieced together rehearsals, just sort of jammed stuff out, then we would book a recording studio basically to just record what had come out in the rehearsals.” It wasn’t until after the project was completed that they came to an agreement with Secretly Canadian-affiliated Dead Oceans records.

The band finished some of the songs on the record together in these jam sessions. “‘Slow-mo’ and ‘Go Get it’ were band-written songs, those came directly out of just rehearsing and they’re credited to everyone in the band.”  Elsewhere, Slowdive co-founder Neil Halstead took studio sketches back home to graft together songs, having also written all the lyrics on the album.

Despite implementing their usual songwriting methods, the band has made a concerted effort to stay fresh. The mixing on the record, for instance, was done by Beach House’s Chris Cody. “We sent ‘Star Roving’ out to quite a few people, people that were friends, and also Chris, who we didn’t know, but we love Beach House and the sounds of that record. It turned out that Chris was a fan of the band and he just added that that extra sparkle.”

Although Slowdive’s new, eponymous record is only coming out today (May 5), it seems like the band’s refusal to simply bask in their past has courted them some new fans. “What we did find was that right from the start of it, there were a lot of young people in the audience at every single show we’ve done,” Goswell says.  Slowdive’s reincarnation seems to mirror their initial fame in some ways. They sound like the awestruck kids who stumbled upon fame in the early ’90s and 22 years since their last release, the band still resonates with the misfit youth by making their music on their own terms. ■