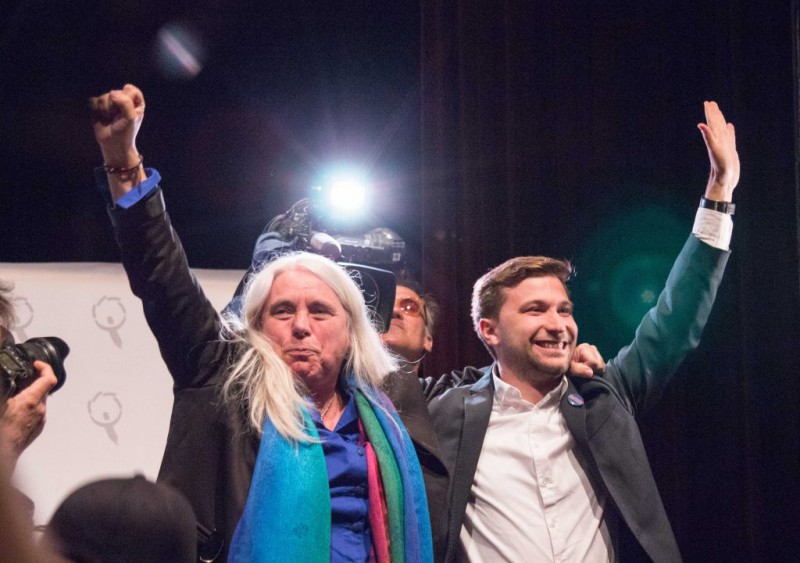 Québec solidaire’s overwhelming rejection last weekend of a proposal to create an electoral alliance with the Parti Québécois has left PQ leader Jean-François Lisée fuming as polls put his party in third place, behind the Coalition Avenir Québec.

By refusing the alliance, Lisée said, QS “refused to put the common good ahead of its own partisan interest.”

What is this “common good” of which Lisée speaks? Well, that would be electing a PQ government, of course. With the PQ continuing to lose support while a reinvigorated Québec solidaire gains new ground, the proposed alliance was a desperate ploy by the PQ to recoup support from progressive voters it had long abandoned in its quest to become Tweedledee to the Liberal’s Tweedledum.

What is it, exactly, that truly distinguishes the PQ from the Liberals? Ecology? Economics? Social policies? Both parties have proven themselves capable of instituting harsh austerity policies, of trading environmental protection for economic gain, of treating the poor like they are impediments to economic growth rather than victims of its excesses.

No, there are only two areas where the Liberals and PQ fundamentally differ: on the issues of sovereignty and the question of identity. It is the former that spurred the PQ proposal for an alliance with QS and the latter that helped ensure its efforts would fail. Although both parties envisage a future in which Quebec would be a sovereign state, the PQ’s re-branded nationalism is closed and cloistered — which its Charter of Values fiasco made crystal clear —  while QS supporters envisage the kind of open, pluralistic society that makes nationalist pundits like Mathieu Bock-Côté foam at the mouth.

The difference explains why QS has been more successful than the PQ in gaining support among anglophones and minority communities, attracting progressive voters who see the ongoing erosion of social programs as a bigger threat than the possibility of another vote on independence.

The alliance debate reminds me of my high school math class where we first learned about using Venn diagrams to illustrate the relationship between different sets of values. Although there is certainly some overlap between PQ and QS positions on sovereignty, the areas where both parties “intersect” is nowhere near as big as the overlap between Liberal and PQ policies, CAQ and PQ programs, or CAQ and Liberal positions. Only Québec solidaire has shown any willingness to stand up to Quebec Inc. corporations like Bombardier or Québecor, to protect the education, health and social service sectors from strangulating austerity policies, or to consistently oppose natural resource programs that put profit before the protection of our collective heritage.

Of all the possible alliances, one involving QS makes the least sense.

I’m not a sovereignist, but I’ve voted QS in the last three elections because I know that, unlike for the PQ, independence is not the endgame for Québec solidaire. Their policies and positions aren’t aimed at winning an election or a referendum, but at building a more just society.

If anglophones are ever to break out of the electoral prison we have created for ourselves with the Liberal Party, we need to recognize that independence is just one issue among many. The PQ wants an alliance that unites sovereignty voters under one umbrella, while QS wants to unite Quebecers of all stripes who reject the failed neoliberalism that permeates the policies of the other three parties.

The choice isn’t — and shouldn’t be — between federalist and sovereignist options. That decision won’t be on the ballot until and unless we ever have another referendum.

The choice in 2018 will instead be between the old guard and the new, between the “partisan interests” of the traditional parties and the common good that will come from taking them all down a peg by voting for real change. ■