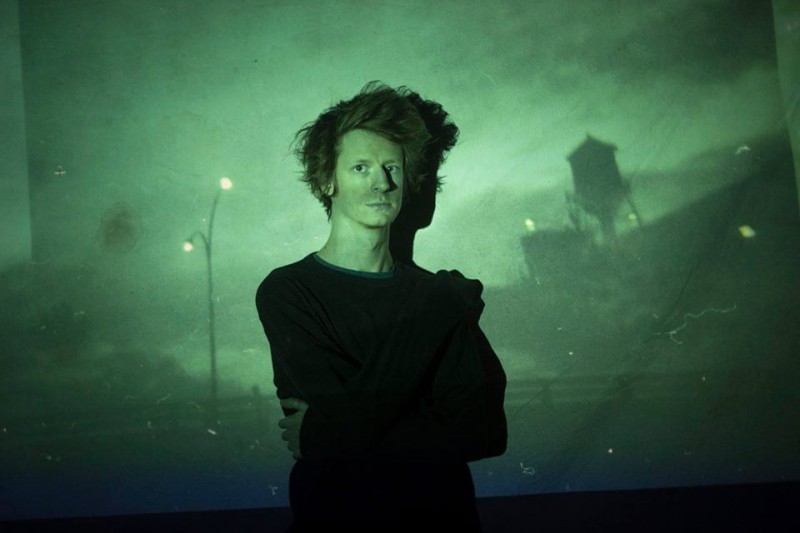 Jean Cousin, also known as Johnny_Ripper and Boy With a Red Cap, comes from a sample heavy, sometimes quirky background. His kaleidoscopic sound collages often bloom into beastly creations. His latest effort Selfless, under the new moniker Joni Void, is a dense and cathartic sonic adventure.

In 2012, Cousin moved from Lille, France, to Montreal to study film. “Back home, they went on forever about the fact that if you wanted to make things happen in the movie business, you had to move in the U.S. or the U.K. Even though my family is partly British, I wasn’t interested in settling there.

“At school, they briefly mentioned that Canada was more similar to the European lifestyle, plus it’s cheaper, less of a hassle for exams and all the pressure. Being a Boards Of Canada fan and interested in the National Film Board, and having a few contacts in Montreal, I knew that [Montreal] was where I had to be.” Cousin quickly immersed himself in the community. “It’s Luke Loseth (Holobody) who really introduced me to all the hot spots like the Casa del Popolo, la Sala Rossa and the underground music scene.”

Sharing his name with a composer, painters and a famous navigator, Cousin seemed as if he was destined to explore creativeness in his own bold and unique way. A bedroom recording artist with a DIY mindset, finding his place in the cultural community was slightly unconventional. “I evolved from a reclusive type of guy, to playing shows and planning events and being surrounded by artists at the Plant. Being really interested in sound design, where others mostly came from a musician’s standpoint, I think, is what set me apart.”

Cousin self-released a slew of productions and remixes that gathered attention, to a point where Constellation Records became interested in his music. “Things really happened very naturally. Unknowingly, I wound up living just a few doors away from the mythical label’s headquarters. With friends of friends in common, things just flowed without too much of a plan. Still, sometimes it all feels unreal when I stop and think: ‘I’m sitting in the same office that the guys of Godspeed You! Black Emperor did!'”

Selfless is somewhat of a departure for Cousin. “My past productions were often pigeonholed as cute and chill, so the time came for me to veer away from synth based music and accessible beats. I found myself pushing things even further with noise, drone and an ambient touch, splicing things with an edge. I used more original field recordings rather than samples of recognisable movie clips as I’d done in the past.”

Coming from a digital, DIY world, Cousin was accustomed to creating music without time limits, writing works that often lasted more than an hour. The true challenge for Cousin was to be more concise. For Selfless’s physical vinyl release, the album had to be less than 45 minutes. “I had to narrow my vision down and make it more linear.”

Not being bound by an exclusive contract has been key for Cousin. “I’m already thinking of the follow-up, but the fact that the whole team at Constellation are really down to earth and open people, allows me do other projects on the side. But right now, we’re focusing on Selfless, and I’m trying not to overthink everything.”  ■