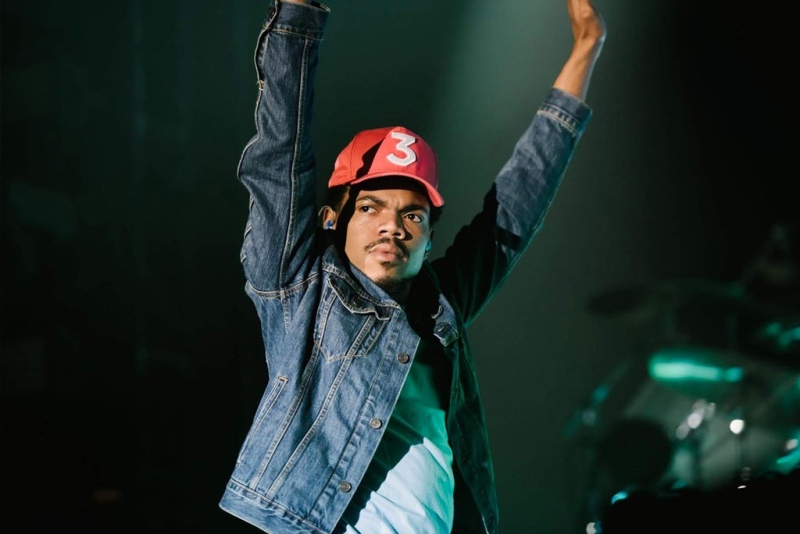 “Do you guys know a place called Club Soda?” rising hip hop star Chance the Rapper asked roughly 15,000 fans gathered at the Bell Centre last night for his second-ever headlining show in Montreal, his first being at the aforementioned (and much more modestly sized) venue back in 2013 on the heels of his debut street tape Acid Rap.

Four years later, the indie rap poster-child of the day is visibly grateful for the blessings he’s received, the fruits of talent, hustle, character and, if you’re a believer like Chance, faith in God.

If you believed the crowd response, everyone was at that Soda show, or at least wished they had been. Chance’s fans were all about the happy thoughts last night though, patiently waiting for their hero to emerge a bit later than announced, but ready to explode (almost literally — there were more pyrotechnics than a Def Leppard show) on stage to the sway of “Mixtape,” a first selection from last year’s game-changing Coloring Book record, which helped the 24-year-old talent win a Grammy without a single reported record sale.

The critically praised album would receive the attention it deserved throughout the 90-minute set, which was also peppered with older fan faves and popular collab verses. His backing band, the Social Experiment, were in fine form, despite a few timing mishaps and some sound-muddling low-ends throughout the show.

Ultimately Chance still does not have the catalogue that fuels a successfully high-energy arena rap show. Though he dabbles with creative vigour in club-geared hip hop stylings, he is still a headphone MC and his slower, piano-driven jams — while gorgeous, and enthusiastically received — made for some awkward pacing as Chance ad-libbed his set-list based on feel,  admittedly an interesting risk to take in the pop world. To that end, the live recreations of his studio work were also allowed to breathe freely and take on new life, which can be a challenge for fans hooked on your records. Chance’s fans, however, take his creativity in stride.

Blessings went up, praises came down, a king’s ransom in merch (the artists’ key to survival) was purchased and fans went home beaming as widely as Chance’s. All in all, we all felt pretty lucky. ■