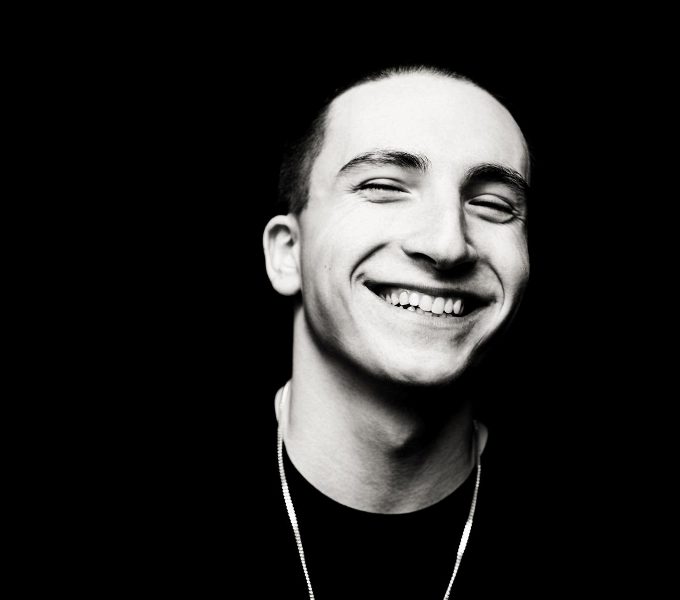 Hip hop means a lotta things to a lotta different people. Insiders like to argue about what’s real and what’s fake, outsiders scratch their heads and pick up on terms like “YOLO” and “It’s all good” two years too late from daytime talk television, and fans who don’t give a shit just like to sing along to their favourite song.

But for the demographic we call “heads” — those who live and breathe the principles of doing-it-yourself, being fly, show-and-provin’, and finding greatness in everyday joys and pains — hip hop culture is a safe harbour, an inclusive culture for those who feel they don’t fit in with everything and everyone around them and refuse to compromise our own truth.

Heads don’t argue about what’s “real” or “fake” — we’re past that. There’s no need to waste time on the frauds when there is so much genuine art and talent to appreciate and share. Rap is far from “Kumbaya” around the campfire in a lotta cases, maybe, but for all its surface ego and floss, the best music in the genre showcases individuality and humanity, from flaws to triumphs, with equal respect and honesty.

Boston mic bruiser Token (aka 18-year old Ben Goldberg, who’s practically been rapping since he learned to speak) doesn’t think he’s simply one-of-a-kind. His message, from his earliest rhymes, has been about embracing difference and encouraging others to do the same. A learning disability as a child nearly crippled his social development, but instead, the recluse kid writing rhymes in his bedroom took the pain of not quite fitting in and turned it into power.

At 18, Token (who opens for underground champ Hopsin this Thursday at Club Soda) is poised to take on the big leagues. Pensive, open and eager to grow, the young talent is almost sure to make his unique presence felt in the game. We spoke to him by phone while he was on his way to Victoria by ferry last week.

Darcy MacDonald: Have you ever been to Canada before, to play or visit?

Token: Once when I was 15. It was to play but it was so wack! This dude set up a show for me and I was opening up for this guy but I wasn’t even old enough to go in the venue so they ended up having me perform outside of the venue to like seven people. It was the wackest thing I’ve ever done in my life (laughs).

DM: (laughing) What city? Who were you opening for?

Token: CL Smooth. And it was before the doors even opened, in front of seven people, and I flew all the way to Canada to do it! But I was still grateful for it at the time because it was the first time I really travelled for music.

DM: For sure man! That’s a great story. So I wanna ask you about being young in hip hop. I read an interview with you where you spoke about getting put down by your peer group for rapping. Why do you think those angsty high schoolers always go after the kid that raps?

Token: It’s not even necessarily rap, just anyone doing something different.

DM: That’s true, but there is a special hell for the white rapper in high school.

Token: People are kind of jealous but don’t realize it. A lot of people, especially in high school, try to be something they’re not and fit in. Everyone is real focused on fitting in so once there’s somebody doing something different it sticks out to them. People love to know things.

That’s why rumours are so out there. Because everybody likes to know everything that’s going on. And when they don’t know, it frustrates them. So when they see someone doing something they’ve never seen before and they’re not really educated on, it kinda makes them frustrated, and they don’t even realize it.

DM: You’ve said that as an outcast kid, you were finding solace in words before you even knew what that concept was. So going back to what you were just saying, do you feel you had a thicker skin as that kind of outsider?

Token: At the point where people were hating on what I was doing, I was already so wrapped up in it that it didn’t really affect anything. I started writing for myself to get out emotions and ideas that I wasn’t comfortable telling people in person. So I was relying on that way of expression for so long that when people started hating, it didn’t really affect it because I was so deeply inside of it already.

DM: So many artists are so acutely focused on what they’re doing in the now. Do you ever stop and think about the fact that at 18, who you’ll be at 21 and then 25 — and you’re still young at those ages — will become relative. Are you aware of the growth that’s ahead of you?

Token: One hundred percent, and that’s honestly what I’m most excited about. I’m looking forward to growing. I know I’m gonna change and I’ve changed so much in two, three, four years and I’m really looking forward to it. On top of my career, what I’m most looking forward to is just experiencing new things that music has brought me to, and just learning more and growing, not just as a lyricist or as a musician, but as a person, because that’s what really dictates it all. So I’m aware, and I’m excited for that.

DM: Do you feel like you had a calling to be special when you were little?

Token: Definitely. And you don’t even realize it so much when you’re a kid as you do dwell on it when you’re older. That’s where the idea of Token comes from: me feeling different, and feeling I couldn’t relate to anybody. Literally the first rap I ever wrote was about that. And before, I was ashamed of it, and I was mad about it, and I was insecure about it, and that’s when I wasn’t outgoing. Because I just felt different.

Now it’s turned into this whole thing, like, me talking about being different has brought me to music. My weakness became my strength and I embrace it. Not only do I embrace it — I encourage it. I encourage people, in my music, to be aware of themselves, and to be themselves. A lotta people just kinda wanna fit into the mold and don’t wear what they really wanna wear, or think what they really wanna think, because they’re not comfortable. Once you’re comfortable with yourself, you’re gonna be more comfortable on your day to day.

I was just thinking about this, like, people spend so much time trying to be different people, to the point that those around them don’t even like them. They just like who they’re pretending to be. That does something to you when you really look around and be like, “These people don’t even like me for me.” Even if you have one friend, one homie that really, you let yourself be you around them, you know that person truly loves the person you are. It’s honestly just a better way to live.

DM: What was the first rap song that really spoke to you? That made you think, you know?

Token: I used to love the song “Better Days” by Pac, “The Way I Am” by Em. I remember listening to them on repeat in, like, kindergarten. I had my little CD player.

DM: What can we expect as we get to know Token?

Token: I’ve got a lotta singles coming. I’m really looking forward to getting home from this tour, locking myself in the studio and learning more about who I am as an artist. I feel there are a lotta layers to peel back. I have these fans, you know, but I feel in a certain way they don’t really know what they’re fans of yet. I’ve got a lotta songs coming that tell that story and answer those questions.

And, myself, I wanna just grow as a musician and an artist. I don’t think I’m where I’m at because I can put raps together. I’m at where I’m at because of my mind, and I haven’t put that into music, because these past years stuff has been picking up and I’ve been getting business stuff in order and touring, and all this stuff. The next few months after this Canadian tour, I’m gonna lock myself in and talk about what I need to talk about, and I think that’s what’s gonna continue the story, you know? ■