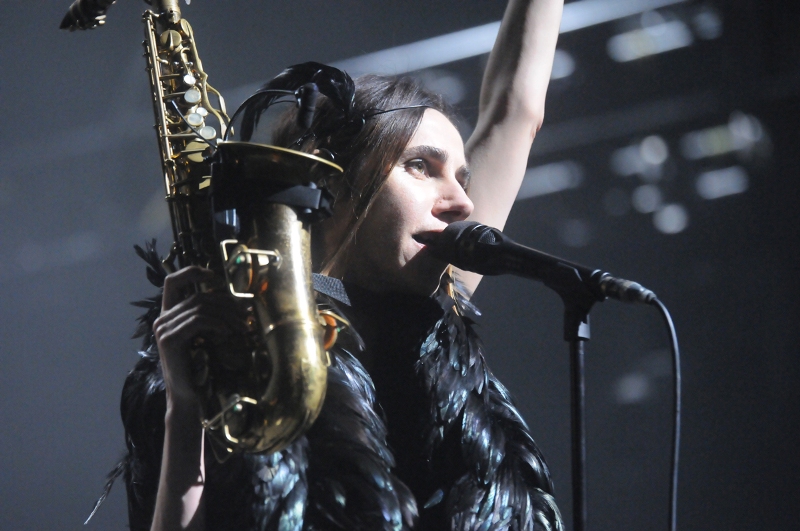 The crowd seemed to show up sweaty to her show on Friday, the first of two-sold out nights at Metropolis. Spring fever? More likely it was the weight of anticipation and expectation built up over two decades. Most of the audience seemed old enough to have been fans since Harvey’s career began with her debut album Dry in 1992, crossed the Atlantic with the Steve Albini-produced slow-boiler Rid of Me and blew up with To Bring You My Love in 1995. It was in support of that album that she last played Montreal (aside from an opening gig with U2 in the early aughts).

I was lucky enough to have been at Olympia that night (probably with fake ID) — Tricky was her opening act, and when she wasn’t playing guitar, Harvey stalked the stage gripping a 1940s-era microphone with a lightbulb inside, illuminating the harsh make-up and big hair that characterized her then-new look. Perhaps dating Nick Cave at the time influenced her dramatic change of appearance (she was markedly more dressed down and virtually make-up-free prior to that album), or maybe it was the more ornamental sound of the record — the vibes-y “Down by the Water” was its big song (and her biggest hit in North America), amid a lot of blackened blues ballads and a few bouts of raucous grind. 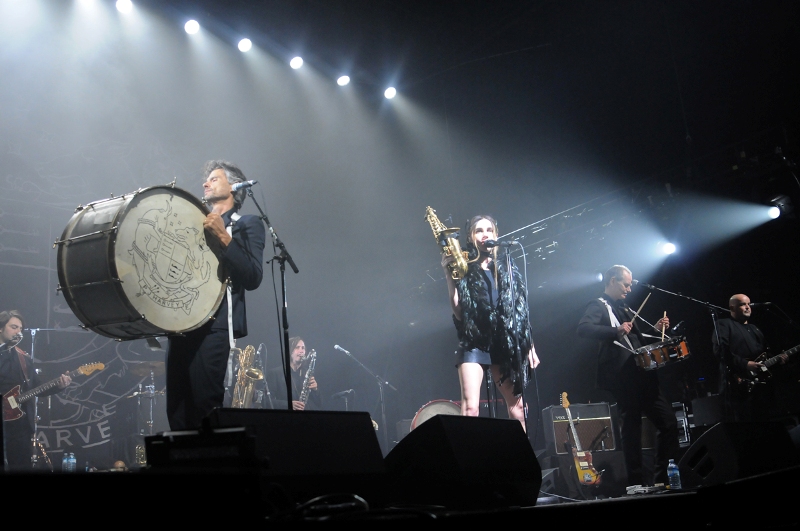 The theatricality that those lucky few of us witnessed in ’95 seems to have persisted, though (like her sound) it’s taken on a different form 22 years later. The sonic shades that she’s developed since 1998’s Is This Desire — from that album’s more MOR leanings to the stark, shrill ballads of White Chalk to the resounding pulse of Let England Shake to the rhythmic rock protest songs of her latest LP, The Hope Six Demolition Project — were captured beautifully by her nine-piece band. Among the players were longtime collaborator John Parish and Mick Harvey (no relation) of Nick Cave’s band the Bad Seeds, with two full drum kits, three sax players (including Harvey herself), a keyboardist and multiple guitarists.

Harvey’s look this weekend was a black sleeveless top, black leather mini skirt and matching boots, a minimal base for the flamboyant frill of a black feather boa. Though she said a couple of “mercis,” introduced the band and made an allusion to a possible PA shutdown towards the end of the show, there was no banter for the bulk of the set. She evaded centre-stage and spotlights during song intros and interludes, standing in shadows until mic-time, then acting with her arms as she sang — not so much emoting as emphasizing and illustrating her lyrics by holding her skinny limbs aloft. 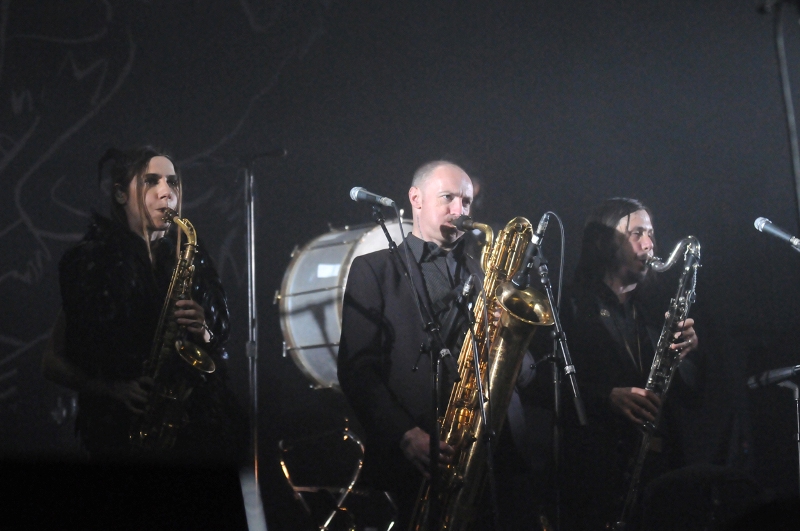 Her voice is an instrument more versatile now than it’s ever been, ringing out perfectly over myriad styles, during the new songs all the way back to the fierce “50ft Queenie,” one of two tracks from the 1993 record Rid of Me (“Highway 61 Revisited” being the other one). There were a pair of songs from To Bring You My Love as well — “Down by the Water,” which drew the biggest response of the night from the rowdy crowd, and that album’s title track. Otherwise the set was dominated by new songs, mostly from Hope Six (which, to my ears, sound more impressive live than on the record), with three tracks from Let England Shake and one from White Chalk. Unfortunately there was nothing from Harvey’s Patti Smith-esque 2000 album Stories From the City, Stories From the Sea or 2006’s Uh Huh Her, another one of her more “rawk” records.

But as weighted as the show was with new material, the passion, showmanship and superior sound — plus the opportunity to see the British alt goddess in the flesh — produced the kind of magic reserved for artists we’ve revered for a quarter century. ■ 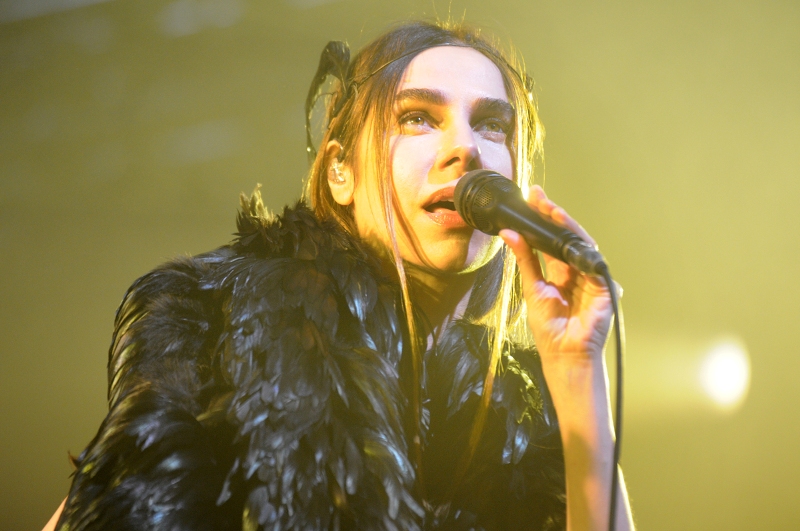