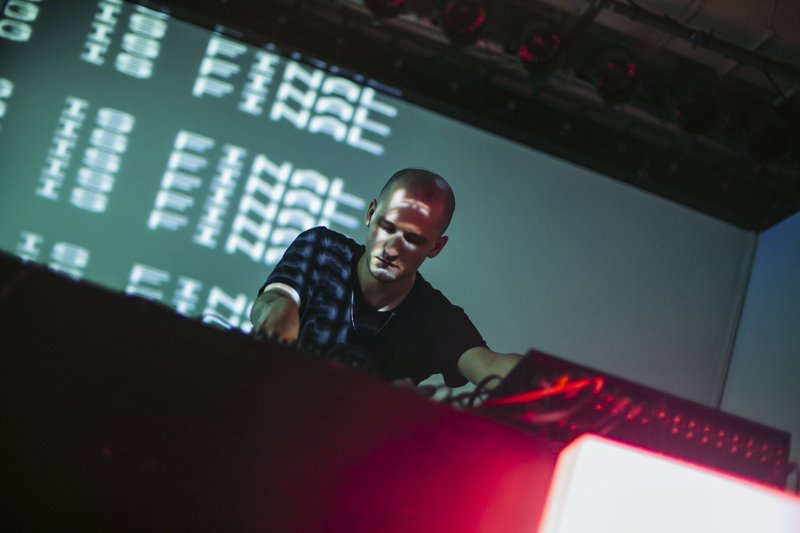 Jacques Greene has been rockin’ the planet for several years now with his spin on club musics of many genres. There is a certain irony in calling his LP — a techno excursion titled Feel Infinite — “long-awaited.”

“At one point I thought, ‘Maybe I’m just one of those guys who does EPs and singles,’ which is fine,” offers Greene. “But I grew up loving albums and having albums mark different times in my life. Maybe out of ego, or a distortion of that kind of relationship to music, I definitely wanted to do (an album).”

Now that it’s here, Greene can’t deny his excitement as he embarks on a self-managed European tour. “This tour is gonna be the first time I’m on a kinda DIY rock band vibe,” he enthuses. “Renting cars, a box full of 40 t-shirts and hockey bags full of stage risers, (with my friend) Jason. We’ll just rent a van and do it.

“Flying that stuff from Stockholm to the Junos might be impossible,” he says. (Greene is nominated in the Dance Recording of the Year category at this month’s awards, for his single “You Can’t Deny.”) “You know, just pull up like, ‘You guys got coat check?’”

Greene says that economics are a factor but that real experience is the drive behind taking this approach on the tour. “It’s fuckin’ album time, and I’m really happy that I have. I’ve always kinda played a bit live, even back throwing Turbo Crunk parties. So I really (worked) to bring that full-on live thing. And then the extension of that, around an album, was to hopefully have a bit more than either just a screen projector, or, you know, boring club life.

“So we’ve got his stage design with these stacked, translucent screens. We did it for the first time at RBMA in Montreal. It was really cool to build a show and bring it on tour. But that means I have these two extra fuckin’ hockey bags of aluminum rods and tarps and shit. And a modular synth and a bunch of other stuff. So everywhere I can drive between cities, it makes more sense than paying baggage fees.

“It’s an ambitious show,” Greene adds, “with a very limited tour budget. I see it as paying my dues, because I got away for so long with being this guy that just gets on a flight with two USB sticks. I’m kinda cutting my teeth with setting up a stage and doing a soundcheck and all that shit, and then back in the van to do it again the next day. I like that it’s real touring.”

And where does he see his album marking a moment in someone else’s life? Greene hadn’t considered it, but is as succinct and sincere as his music in his reply.

“In general, my music is really nostalgic for me in the sense of holding on to when I really fell in love with club music, and those euphoric moments that accompany that.

“Those nights with your friends, or making out with that girl you started dating, and getting home at eight in the morning. Maybe it’s, like, someone’s second summer in university. They’ve found their independence, they’re more sure-footed and a little more confident, but there’s still that feeling of exploration and discovery in your life.

“I can be a cynical guy, all sarcastic and so on. But I try to keep that out of my music. It’s brutally earnest in a way that I would imagine some people might recoil from, you know? Like some really cool guy, I wouldn’t blame him for being like, ‘This is essentially the Morrissey of club music.’

“But through that there are all these bittersweet moments,” Greene concludes, “and moments of almost overwhelming euphoria.” ■

Classic India in Parc Ex has quietly been serving next-level dishes since Dec. 2018.