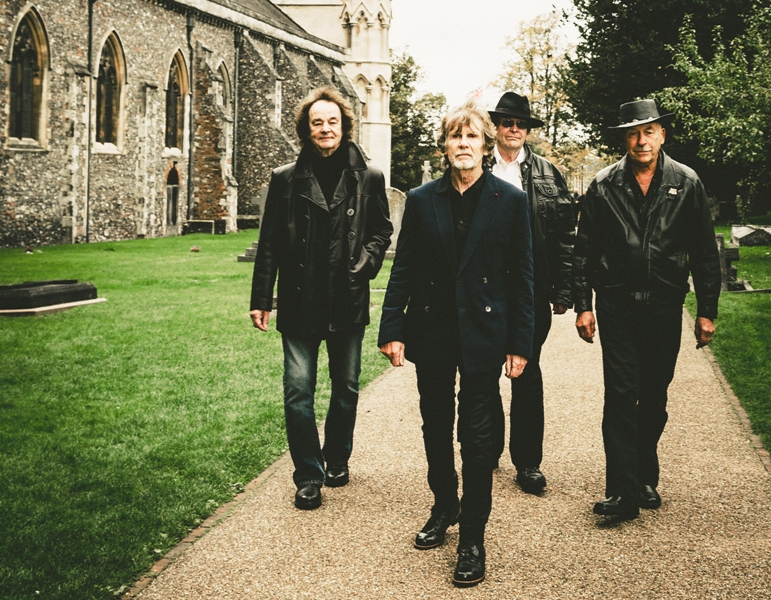 It may have taken 50 years, but the Zombies’ 1968 album Odessey and Oracle has finally been recognized as one the great pop masterpieces of the ’60s along with Pet Sounds and Sgt Pepper’s.

I’ve been fortunate enough to have supported the most recent incarnation of the Zombies — featuring Colin Blunstone and Rod Argent along with Jim Rodford (the Kinks, Argent), Steve Rodford and Tom Tooney — with my bands on many occasions over the past 15 years. While it was great seeing seeing them, I felt the absence of original member Chris White. As the mastermind behind seven of the songs off Odessey and Oracle — including “Brief Candles,” “Beechwood Park” and “Butcher’s Tale”— at the age of 74, he has rejoined the band (along with original drummer Hugh Grundy) for the last ever live performances of Odessey and Oracle. I jumped at the opportunity to pick his brain about the creation of the album and the motivation behind a life in music.

Rishi Dhir: How’s the tour going?
Chris White: Great. It’s a great pleasure to do this 50th anniversary thing. The first half (of the show) is going back to the history of the Zombies and Jim is playing (bass) there. The second half, Hugh Grundy and myself come on and it’s a total recreation of O&O exactly as we recorded it, from beginning to end: with two mellotrons, with Darian Sahanaja (Brian Wilson Band) — he does all the parts that were overdubbed later. Total note-by-note recreation of O&O.

RD: What’s your musical background? Were you formally trained on an instrument?
CW: My father was a double bass player in a band — he was semi-professional. When I joined Rod and Colin, I was at art college and they were at school. Their bass player left because he wanted to study for his A levels and become a doctor. So they asked me to join. We just did [the Zombies] for the fun of it.

RD: Was bass your first instrument?
CW: Yes, but you can’t write on bass. I wrote the songs on guitar and piano.

RD: What was the songwriting process like during O&O?
CW: We wrote the album individually. We had £1,000 to do an album. We knew that the budget was very tight so we would write two or three songs, play it to the band, and if it worked, we’d rehearse with the full band in a hall. So when we went into the studio we were rehearsed, but would leave space for invention at the time because it was only on four-track. Then we bounced down to two tracks on another four-track.

RD: And this was recorded at Abbey Road?
CW: Yeah, there wasn’t anything else but four-track in the those days. We did inherit the Beatles’ insistence on trying some things, and also the fact that John Lennon left his mellotron there which Rod discovered and used on the tracks. We did two sessions with Geoff Emerick (Revolver engineer) and he was the one that got the drum sound. But all the engineers were great at Abbey Road; we had Peter Vince who worked with us. It was all hands on because you only got four-tracks and you’re dropping things in manually. Rod and I were switching things and putting echos in at the right place. It was all homespun effects, really. 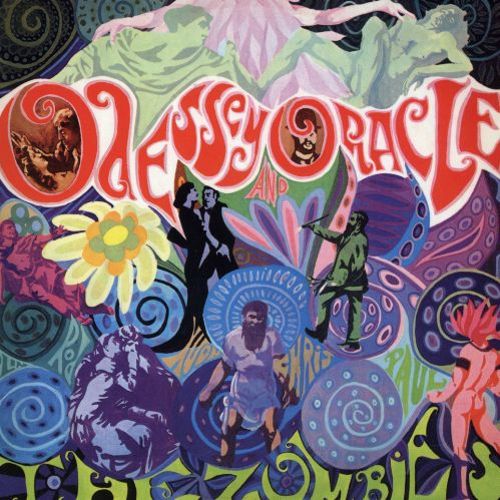 RD: What bass did you play on the album?
CW: At that point I had a Fender Precision. I got rid of my Gibson because I kept breaking strings and it was very difficult. It was recorded through DI and an amp. I always used a pick on the electric bass — gives it much more attack.

RD: Who were your influences at the time for your bass style?
CW: One of the bass players I really enjoyed then was Jim Rodford. He’s a far better bass player than me, but he doesn’t write songs (laughs). He actually has a record of every gig he’s ever played in his life, where it was and who he played with. He’s writing a book about it. He worked with Ray Davies for 18 years!

RD: Any encounters with George Martin while at Abbey Road?
CW: Oh, yes, several. [The Beatles] were working at the same time, and Rod, Colin and I were quite regular at Abbey Road. We met Pink Floyd and other people. It was a great period of creativity.

RD: What were your musical influences growing up? Was it the classic story of Elvis and Buddy Holly changing your life?
CW: You named pretty much most of it. Chuck Berry as well, of course. Definitely Buddy Holly. First of all, it was Bill Haley, before Elvis, you know “Rock Around the Clock.” Hearing that when I was at the 3rd Form [Grade 9] at school, it really affected you. Eddie Cochrane… great music was coming out.

RD: Does that music still affect you the same way it did when you were younger?
CW: Of course. When you hear that music you become a kid again. Music affects different periods of your life. If you hear a song, you suddenly go back to that period: a romance that went wrong, or depression or excitement. You relive those days through the music. As I was saying to someone recently, my biggest pleasure is when people come up to me and say a song that I’ve written or performed on affected their lives. And either I changed it for the better, or made them do something differently. But they carried it with them. Cause we all got the songs from our youth and they mark like diaries of how we grew up.

RD: O&O is now mentioned as a classic album along with the likes of Pet Sounds and Sgt. Pepper’s.
CW: It is nice. Paul Weller [the Jam] came along to our first ever live performance of Odessey & Oracle in London (40th anniversary show in 2008). And I shyly shook his hand, ’cause I really like what he does. He grabbed me in a bear hug and said, “Chris White, you’re the reason I started writing songs after hearing Odessey & Oracle.” It’s surprising, seeing as nobody wanted the album when it came out. But 50 years later…

RD: How does it feel now to finally get the recognition the album so rightly deserved?
CW: Justified. Everything in its own time. We’re lucky enough to be here now. And you want to create more things. It’s my destiny to do this… I can’t do anything else now. When music is in you, it’s in you for life. ■

Listen to Odessey and Oracle here.