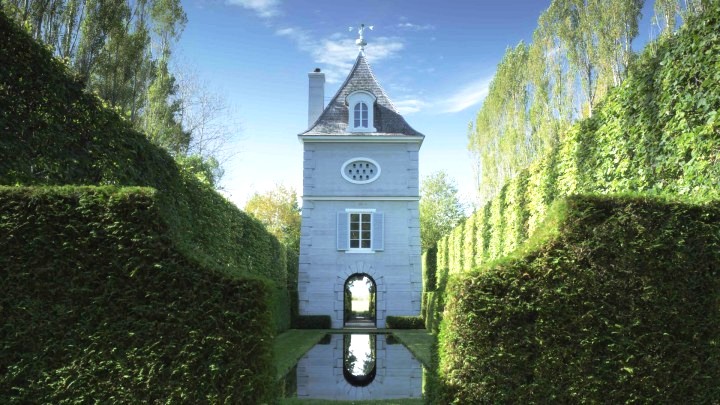 I have plant blindness.

I don’t think it’s a diagnosable condition, mind you. My apartment is filled with plants, but I did not put them there. If my girlfriend brings home a new plant, it’s a safe bet that I won’t ever notice it. Forget microwaves — if you want to spy on me, stick the monitoring device in a fern or a succulent or whatever the other kinds of plants are.

That, perhaps, makes me a less than likely candidate to talk to director Sébastien Chabot about his new documentary The Gardener, so I was upfront about it.

“I guess you could say the same thing with me and cars or motorcycles,” laughs Chabot.

His debut feature tells the story of Frank Cabot, a wealthy American venture capitalist who became much better known for his gardening, particularly on a sprawling family estate in Charlevoix that he turned into les Quatre Vents. Cabot (who died in 2011) takes the viewer through the various steps in creating not only the garden’s raw material but also the carefully calibrated experience of those who experience it, while Chabot captures its every nook and cranny with state-of-the-art technology.

Cabot’s personal fortune made this elaborate garden possible, but the film isn’t exactly a biopic of Cabot as much as it is a biopic of a physical place. “We had an understanding from the beginning,” says Chabot. “He said, ‘If your goal is to make a gossipy film about my money, I don’t want to do it.’ I wasn’t really interested in it either, but it’s clear he had a lot of money!”

“Someone pointed out to me that when you spend 30 years of your life working on a private garden like that, it’s the most personal thing you could ever show the world,” he continues. “It’s very intimate — it’s like showing your living room, or your train collection. It’s a toy you’re sharing with the world.”

The final product is the culmination of nearly 10 years’ labour for Chabot, who has worked in television for nearly two decades. “I visited the garden as anyone can, by buying tickets in 2007. By the time the idea had ripened in my mind and that everything fell into place with Mr. Cabot giving his approval, about two years had passed. It certainly didn’t happen quickly, but I didn’t really know how to go about it, either — I was a little younger then! In 2009, he told me that if I wanted to do an interview, we had to do it soon because he was sick and he didn’t think he had much longer. That set things in motion.

“We knew that a movie like this would cost hundreds of thousands of dollars. First off, because you need per diems and you need to move the whole crew up to Charlevoix. We shot in 4K digital using a Red camera, tons of different lenses and tracks. Visual beauty is sort of the point of the film — you can’t do that with an iPhone! The next step up would’ve been IMAX, but I knew that would probably remain a pipe dream.

“We ended up looking for financing for three years. When we came to the conclusion that most people weren’t interested because they saw it as a project aimed at senior citizens, I thought ‘I don’t care, let’s do it anyway!’ and waited until I had the money myself before doing it.”

The cinematic potential of the garden was obvious to Chabot from that first visit in 2007. “Just walking through it, you pick up on these perspectives everywhere,” he says. “I love architecture, I love perspectives, and everything was right there. It was like being in Rome or Paris. Here, we don’t really have that same approach and the city wasn’t built that way. In the garden, everything is planned, so you find that same approach to aesthetics you’ll find in Europe. Everything was there, ready to be filmed — no need to move anything, build anything or really touch anything at all.

The Gardener opens in theatres on Friday, March 17