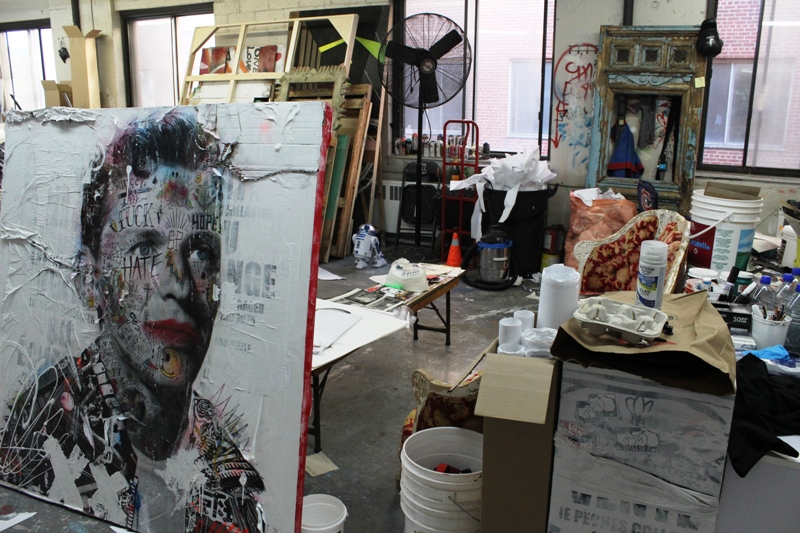 The art. Photos by Mr. Wavvy

I entered Stikki Peaches’ industrial studio to find the Montreal artist hard at work on yet another exciting piece. He was in the midst of placing paint can tops over the eyes of a giant John Travolta laid out against the wall, while CHOM 97.7 blared in the background.

Stikki Peaches doesn’t often allow friends and family into his space, let alone journalists. Secrecy is integral to the way this (sometimes street) artist works. However, before the opening of his first solo exhibition — The Bootleggers: A Stikki Story — he granted a rare glance into his world and a few moments to pick his brain.

On his early years:

“I grew up in a household where what was going on every day were things related to textiles and the industry surrounding it. That’s where the whole fashion spin on the work actually stems from. It’s where I ventured off into before doing my work on a full time basis. I had a passion for it, and it eventually led me to [art]. ” 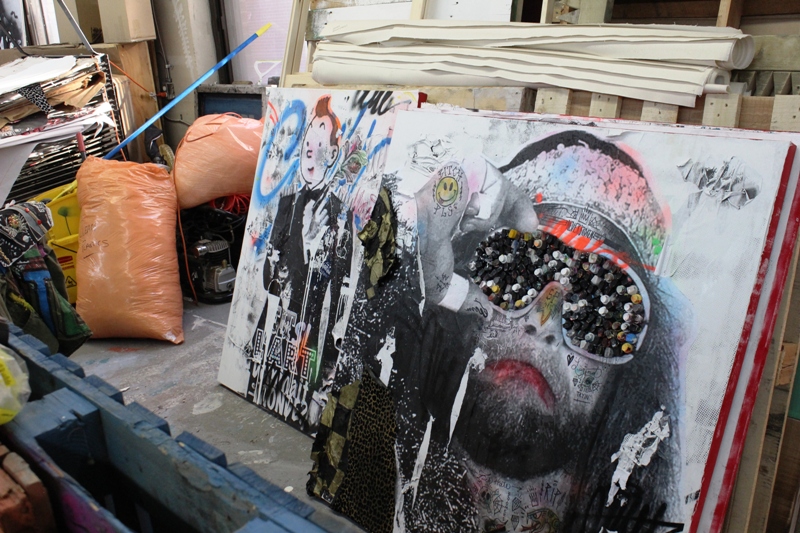 “At this time, I would have to say it’s [Robert] Raushenberg. I can’t say that the imagery is at all comparable, but more just the idea of using certain objects that you wouldn’t normally use in a certain way, like paint cans for eyes, or a stir stick for a nose. ”

On The Bootleggers: A Stikki Story:

“I’m kind of going with the flow for creating the pieces and the actual bodies of work. The whole premise of this ‘works on paper’ [exhibition] is basically recreating bootlegs of what we’d normally see and consider iconic pop culture figures — whether it’s actors, singers, superheroes, dancers, athletes — whatever the case may be, anyone who has an iconic presence in society today, but kind of putting it together in a way that’s not so figurative in its presentation; rather what others may perceive these people to be like.

“My folks recently unearthed four of my drawings from way back — I was about to turn five. These became the main inspiration for the creation of this solo show. The pieces you see here today are bootleg versions of my drawings as a kid, with the additions of present-day inspirations, and in many ways encompass who I am today — sprawled out on the floor with paper and crayons in abundance. These works are a paradox in that they’re a departure, a homecoming and beautiful nostalgia. ” 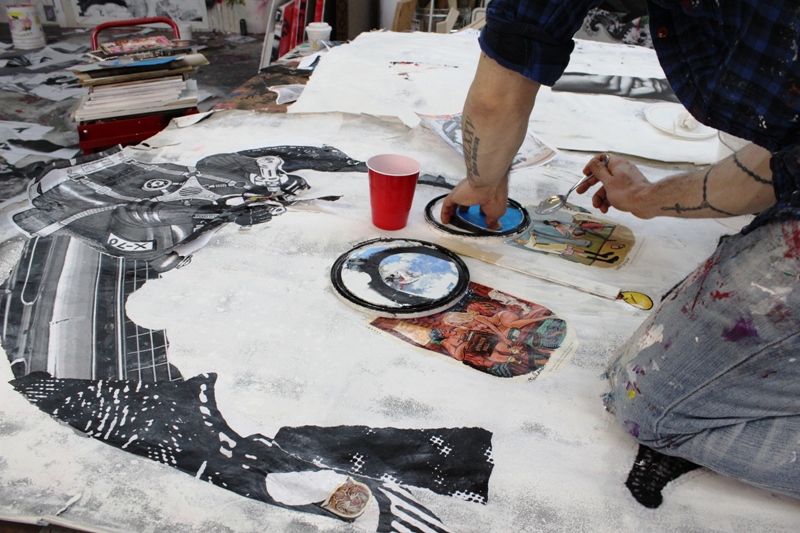 “For me, it just gives me that liberty to move around, to do what I do and not have a face or name to my work. I’m just able to do what I do while being careful. I get to enjoy having my private life as well, which is priceless. When I’m here, I have my Stikki hat on. That’s where all of this madness comes from. When I come home, I can’t say that I turn it off completely — it’s something that’s always around you. When I’m home, it’s family time. I need that type of disconnect. Luckily, I have that creative influence at home as well.”

“Just evolving, trying new things, and having the opportunity to travel. I could never get enough of that. It’s no secret — travelling is something that feeds the soul. I often come back and have so much inspiration I need to channel. ” ■

The Bootleggers: A Stikki Story continues at Station 16 (3523 St-Laurent) through April 8.