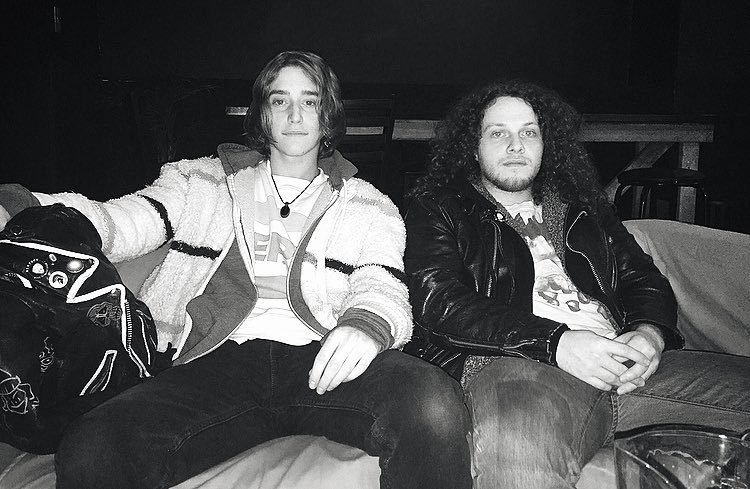 In summer 2015, tragedy struck the Montreal music scene when Crobar owner Robert “Rob” Balazic passed away following a sudden heart-attack. With Balazic only 46 at his time of passing, the news came as a surprise to many within the venue’s tight-knit community.

Thankfully, Rob’s memory would not perish, with local underground music collective GrimeyMTL partnering up with Crobar to present RobFest. The three-day music festival features acts that frequently perform at the intimate and often rambunctious venue, their way of paying tribute to its fallen founder.

Ahead of this weekend’s second edition of RobFest (March 10-12), we spoke to festival founders Thomas Papakostas (the founder of GrimeyMTL) and Jordan Barillaro.

Jordan: When I first went to Crobar, there was a rumour of it being a place we could get into when we were a bit younger. This was in its early days, and we managed to get in. But eventually, we became really comfortable with going there and found that this could be a good place for the music scene to flourish in the ways that we wanted it to. They didn’t charge anything to get on stage, they didn’t judge you for whatever you were, whatever you played, whatever the case.

Thomas: It was really Rob behind that whole thing — he gave a voice for all these bands. Other than him, there were so many crappy promoters, people who weren’t in it for the long run, just looking to make a quick buck off of a night. When I met Rob, he was a very down to earth guy, you know? A straight-forward dude.

Jordan: He was very involved in the process of having his bar be active, getting bands that he liked. He kind of forced them to get on stage and be booked. You don’t find that very often.

Thomas: It’s as if he made the bar part of the scene.

MW: From the times I’ve been to Crobar, I’ve always felt as if it’s very community-based.

Thomas: Yeah, for sure! And there are always new people coming in, it’s constantly changing. It doesn’t stay this little niche crowd where everyone knows each other. We kind of broke it down when we were planning RobFest this year. There are generations of Crobar bands/attendees, and it became a unity. Especially when GrimeyMTL came together, it kind of put a label on the community. It ties it all together, showcasing it as a whole.

Jordan: I knew Rob for seven years, We definitely had a good understanding about what the bar was about. He was so passionate about what was happening in Montreal. It was almost as if he cared more about our music than we did at times. He knew we had to be pushed to excel at what we were doing. He would even let us do band practices at the bar! That passion for his business and the aspects surrounding it is kind of something we wanted to pay back in doing RobFest. There’s that passion that has led us to this point.

Thomas: The way he ran things definitely transcended onto the bar and the bands that played in it. Without many even realizing it at the time, his open mentality inspired a lot of people.

MW: What do you guys remember from the night of his death?

Jordan: I was with him that night. I remember we did a shot together, he didn’t look at all drunk or phased. He was just manning the bar, holding everything down.

Thomas: I think he smoked a little bit of weed and drank, but nothing worse. It was just out of the blue, which I think is why it was so shocking for everyone.

MW: What were your initial reactions when you heard the news?

Thomas: There were a straight couple of weeks where every day people were going in front of the bar, playing acoustic guitar, singing songs for him. There were flowers, everybody was there.

Jordan: In the immediate moments of finding out, I remember waking up that morning, feeling as if it wasn’t real. I had just been with him about three hours prior, drinking and hanging out. It didn’t really make sense. It kind of shook everyone for a while. We lost a really good friend, and on top of it, our leader, in a sense.

MW: I guess no one quite knew what was going to happen to the venue as well.

Thomas: Exactly, that was a huge thing! There were rumours of people wanting to buy it out. But then Steve Hawley, Rob’s friend (aka “Liquid” of Bran Van 3000) bought it, which is great. He knew the bar, he knew what it was about. He kept it alive.

MW: What were some of the conversations following Rob’s death that led to starting a festival dedicated to him?

Thomas: We started talking to Steve, felt it was necessary that something should be done. We had a few meetings with him at the bar, it just kind of felt natural. RobFest, that’s what came out of it.

Jordan: It almost even felt overdue at one point. The bar had reopened in November 2015, and we had only managed to do RobFest by March. Some people tried organizing something before, but nothing ever came of it. It’s free to play there and it’s for a good cause, so why not?

Thomas: It was a big emphasis on how Crobar’s back. We’re here, we’re not forgetting who started it, and here’s a new chapter, with the essence of the past.

MW: I understand giving back to Rob’s family is also a big part of the festival. Could you break down the donation specifics?

Jordan: We set up a GoFundMe so that anyone who couldn’t attend could still donate to Rob’s daughter. None of us really knew about her — Rob wasn’t the type to be talking to people at his bar about those aspects of his personal life. We met her at the funeral though. We figured the least we could do is give back in some way to someone that he loved. We raised a nice amount for her over the three days.

Thomas: We also gave about 60 to 70 per cent of tickets sales to her. We basically just paid any expenses for set-up, promo and merch, and gave the rest to her.

MW: What have been your biggest takeaways from both Rob’s death and the festival?

Thomas: We jumped from doing two smaller shows to booking a three-day festival. It gave us tons of experience in terms of being on our feet and learning how to create something unique. You can’t really get this anywhere else. There’s a feeling when you walk in — you could ask anyone that attended the festival.

MW: Following RobFest, what can we look forward to from GrimeyMTL later in the year?

Thomas: We’re trying to produce a few bigger shows, bringing out-of-town talent and pairing them with local bands. This way, you may have people who are coming for the headliners, but will also get exposed to some amazing hometown talent.

Jordan: At this point, we’ve got some fans that are true to Grimey. It’s a place they want to be. They trust us to book bands and shows that work. ■

RobFest takes place at Crobar from March 10-12. Tickets can be purchased at the door, $15 for three days, $7 for one. More info on the festival can be found here.