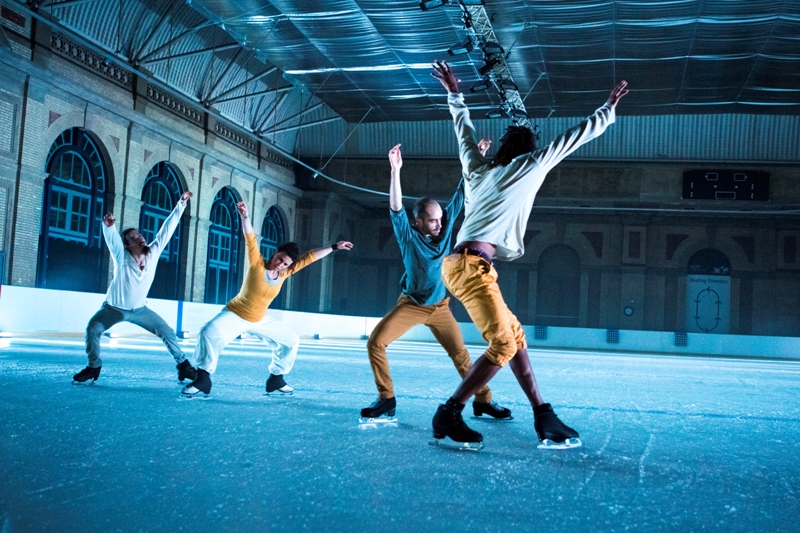 Founded in 2005 (with the current line-up dating back to 2011), the company toured Vertical Influences extensively on the international scene after developing the choreography and music during a 2014 residency in London. Now they’re presenting the work on home ice.

“We wanted to skate and perform, but not in the usual context of figure skating,” explains artistic director Alexandre Hamel.

“We wanted to escape sparkles and Prince Charming and the hypersexualized stuff that figure skating is normally.”

The group tasked themselves with articulating a raison d’être, focusing on what they could express through skating that isn’t possible in contemporary dance or theatre. The answer was clear.

“The reason we still wanted to skate was because of the magic of glide,” Hamel tells me. “The fact of moving through space without moving your body. That’s unique to skating. We believed if you wanted to find the modernity of skating, what makes it unique and legitimate as a performing arts medium, it was that disconnection.

“We realized that doing jumps and spins is not that special. Ballet dancers do that and better than us sometimes. Integrating theatre is not special because actors do it way better than us. So the only thing that sets skating apart is that glide.”

A large part of what makes Vertical Influences so special is the music, composed by company performer Jasmin Boivin, who has a background as a classical cellist and electroacoustic composer. As the only member of le Patin Libre who is not a trained figure skater, Boivin originally joined the team as a technician who would also act as the company’s DJ at parties. 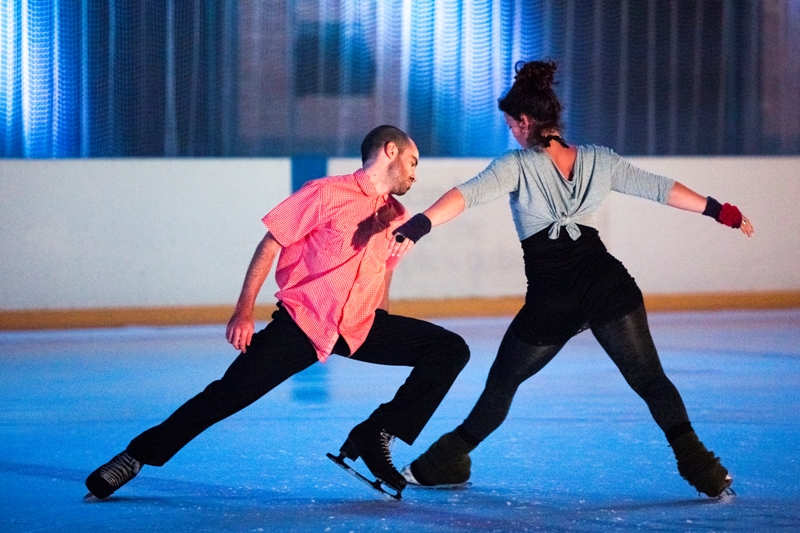 He eventually became their composer and later a performer, with a unique, self-taught style using hockey skates instead of figure skates.

“He’s able to leave silence where the sound of the blades is interesting, and able to create a part of the music when we’re really close to the audience and skating at really high speed, where you can hear the skaters breathing. He’s breathing himself while he’s performing, so he understands all that.”

Boivin’s story within the company is a real-life example of one of the themes of Vertical Influences: finding harmony among the challenges of existing as an individual within a group. Hamel also sees Boivin’s development from technician to composer and performer as emblematic of their roots as an indie, grassroots group building a new art form by integrating elements from a variety of influences.

“The group came out of experimentation and from a real desire from performers to become creators and create something different.” ■