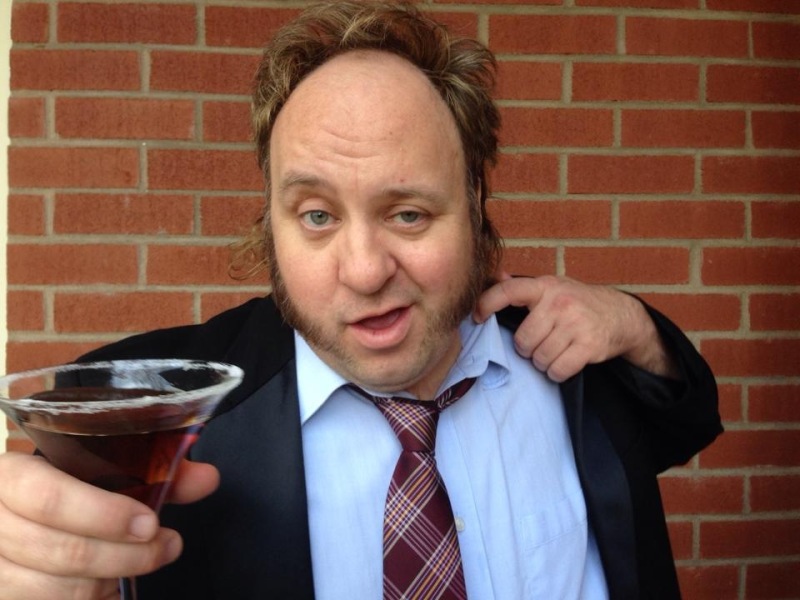 When Montreal’s anglo comics are looking to boost their careers, most look west to Toronto or south to New York or L.A.

Not Mike Paterson, who discovered a huge new market for his comedic, acting and voice-over talents just a few blocks east, where his distinct accent has made him a household face — and voice — across the province.

I arrange to meet Paterson at Station W, a coffee shop on Verdun’s Wellington Street. Sure enough, he’s recognized by the guy in front of him at the café counter line-up from a Canal D show called Comédie Club and greeted like a local celeb.

Paterson — who is back performing in English next weekend, headlining April 7 and 8 at the Comedy Nest in the Old Forum building — says he earned his accent in his youth from a unilingual, joual-speaking ex-con hired to help him out fixing pin-setters at the local bowling alley. “So I speak prison/bowling alley French.”

His accent is so pronounced — some would say mispronounced — that people sometimes ask him to drop out of character. “No, dude, this is the way I talk!,” he protests.

I first saw Paterson perform in 2004 as I sat in front of the TV one Saturday morning lazily watching a kids’ game show, Surprise! It’s Edible Incredible!, where he played Mr. Gross, a wild-eyed grocer who forced kids to eat stuff they didn’t like. “All the shows I do for kids are really for 30-year-old stoners,” he laughs, listing Mystery Hunters, Prank Patrol and his latest effort, Rank the Prank, where, after a four-hour make-up session, he gets to play a squirrel man. “For peanuts?” 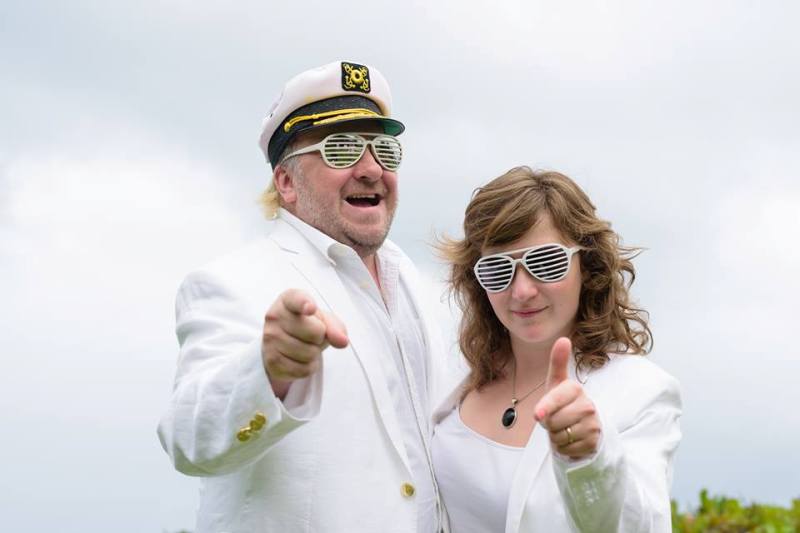 The fame among kids can produce strange encounters, like the time a bartender told him that two hot 20-year-old women wanted to buy him a drink. “Ew, this is gross, I thought. I didn’t know what to do — even before I met my wife,” laughs the affable, happily married, 43-year-old squirrel. Turns out they just wanted to meet Mr. Gross and discuss their aversion to pancakes and waffles.

Speaking of kids, Paterson announced he and Monika Schmidt are expecting a first of their own in three months. Schmidt has been Paterson’s partner in all senses of the word, writing, travelling — even performing together occasionally — since early in the relationship. “I offered her $150 to write a joke. It was really good so I immediately stole it.” That’s when he decided “I should just mine her for ideas and energy and love — and that’s what I’ve been doing for 12 years.”

“I’m really excited (about the kid). What were we going to do with our lives anyway besides tell jokes?”

Paterson, who has 14 Just for Laughs appearances — “once on TV” —  a Comedy Now gig and countless commercial appearances in both languages, credits Montreal’s biggest comedy star in either language, Sugar Sammy, with helping smooth the way for anglo comics to perform in French. “When Sugar Sammy smashed the wall down between English and French (with his 420-show concert series), I just stepped through the rubble,” he says.

“What he was doing was really cool. I’m just an opportunist. And I charge way less than Sammy.”

One of Paterson’s break-out gigs in French was as the face of Cage aux Sports, recording seven commercials over two years that promoted the restaurant’s free chicken-wing giveaways on nights when the Habs scored five goals. Specialty channel Canal D then offered him a chance to participate in the ComediHa festival. “I said ‘No, thank you. I don’t know how to speak French.’”

But they dangled a little cash and the next thing you know, Paterson was off to Quebec City. Then Quebec star Réal Béland offered him a spot as a regular on his En avant la musique plus, which ran for 26 episodes on Musique Plus. “I thought he was joking.”

Last summer, Paterson even opened in French for Quebec vedette Mike Ward at Juste Pour Rire’s huge outdoor free show at Place des Festivals, and he has shared his Bowling Alley French with audiences in hot locales like Drummondville, Jonquière, Rivière-du-Loup and, of course, Montreal.

His Comedy Nest show will feature a mix of his best jokes and musical bits from a career that has spanned 20 years, as well as new stuff developed in his last year on the road with the likes of Montreal’s Derek Séguin, a franco who performs in English and earned a standing ovation from an English Gala at Just for Laughs two years ago.

“I do exactly what Derek Séguin does, but I do it in French,” Paterson laughs.

Not exactly, but both comedians capitalize on their accents and on audiences that appreciate how brave it is to step onto a stage and tell jokes in your second language. “They tell me ‘lâche pas, Mike. (Don’t give up.) You’ll know how to speak French one day … and then your comedy will be terrible.’ ” ■