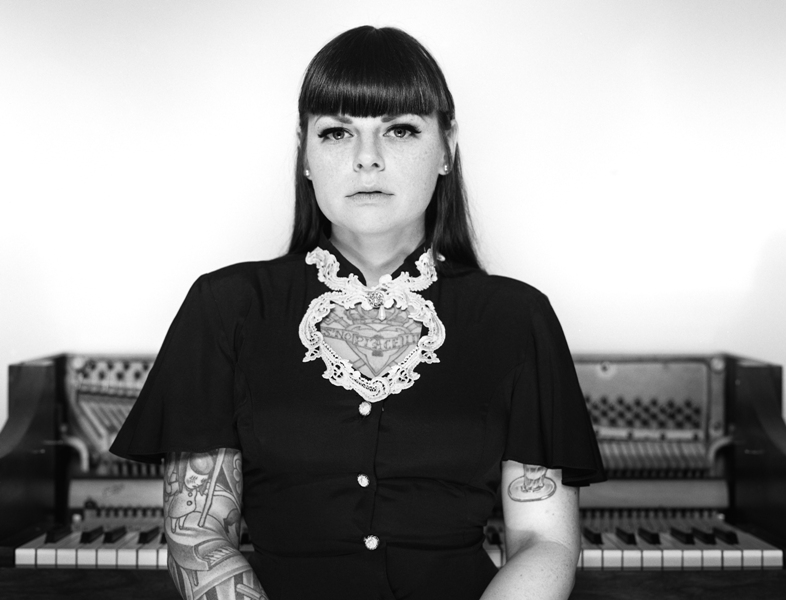 Here’s what Bergeron had to say about “Attic,” a track from Tölt, produced by Antoine S. Legault from Lonely Fire Productions:

“It’s certainly the darkest track on the album and I think it’s sort of a transition between the really optimistic, innocent, lullaby-like songs and the new single I’ll be releasing sometime in the spring,” she says. (Incidentally, the forthcoming single she’s referring to recorded at the Banff Centre for Performance Arts with Broken Social Scene’s Charles Spearin and is currently being mixed by Godspeed You! Black Emperor’s Efrim Menuck.)

“I wrote it during a time of reflection,” she says of “Attic.” “The video concept came about organically this past winter. Antoine and I got together in December and we just talked about making this short film/video that was kind of dark, creepy and mysterious. We decided to focus the story on loss and melancholy. We shot the video in one day in an abandoned house, and a church. It was freezing cold, but it was a really amazing experience to see the whole idea come to life.”