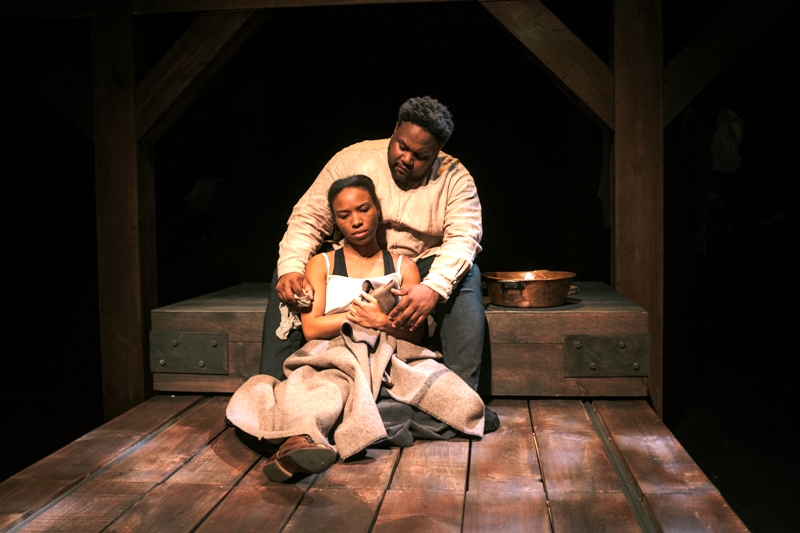 April 10, 1734: It was just after evening prayers when the first call of “fire!” punctuated what had been a mild spring day in colonial Montreal.

The flames worked quickly, licking through buildings, and people sought refuge in the Hôtel-Dieu hospital. But over the course of three hours, it too soon burned to the ground, along with 45 homes on St-Paul Street. Hundreds of people in a city of 2,000 found themselves homeless. Looters picked their way through the ruins.

Who was responsible for this shit-show? As 20 witnesses explained over a weeks-long trial, the arsonist was a black slave named Marie-Josèphe Angélique. Convicted on very little actual evidence, the woman was then executed, her body burned to ash. The story of the fire and her guilt then faded from memory for some 200 years. So too, did our idea of what slavery was really like in Canada.

Playwright, activist and performer Lorena Gale sought to dust off the history of both the slavery system and the inferno in her award-winning play Angélique. Black Theatre Workshop and Tableau d’Hôte Theatre have brought the former Montrealer’s 1995 creation to the Segal Centre for its inaugural Quebec run.

“Sometimes we Canadians try to distinguish ourselves from the United States, and so in that regard we have a different perception of slavery here,” says BTW artistic director Quincy Armorer. “We think about slaves in the plantations in the States who were escaping via the Underground Railway to the northern free states and to Canada. We don’t think often about the fact that there was slavery here.”

A lot of Angélique’s life is hazy, but we know that she was from an island off Portugal, and that she worked for a widow in Old Montreal.

Gale, who passed away in 2009, dove into civic records to pull together Angélique’s past: the deed that outlined who she belonged to, the documents for the three children she lost nearly as soon as they were born, the transcripts from her trial.

Then the playwright coloured in the outline of the woman’s past by giving her dreams, lovers, rivalries. Actual people from Angélique’s life serve as antagonists pulling at her destiny.

The fiercest scene-chewing villains are her predatory owner François (Karl Graboshas), his jealous wife Thérèse (France Rolland) and their friend and fellow slave master Ignace (Chip Chiupka). She finds a modicum of solace first in fellow slave César (Tristan D. Lalla) and then the promise of love with servant Claude (Olivier Lamarche). The happy moments are few, but they are needed to break up the sometimes plodding carousel of tragedies.

Another compelling “character” to follow: an excellent, rich score performed live by members of the SIXTRUM Percussion Ensemble. Veteran costume designer Eo Sharp has curiously woven in both modern and traditional items onto the characters’ backs, to remind us that racism is still a thing.

“The story is set 300 years ago, but it’s still relevant,” said Armorer, who likens Angélique’s battle to the civil rights movement and the discourse around race today. “All of those struggles and fights against oppression were the Black Lives Matters of the time. So it’s not something new, it’s just something different, and it’s our version of it.”

Jenny Brizzard, a Montrealer who left to start her career in Toronto, returns to portray as Angélique as a fierce dynamo that does not begrudgingly ask for your sympathy.

“We see in the Angélique in this script has someone who is not going to be complacent.” ■