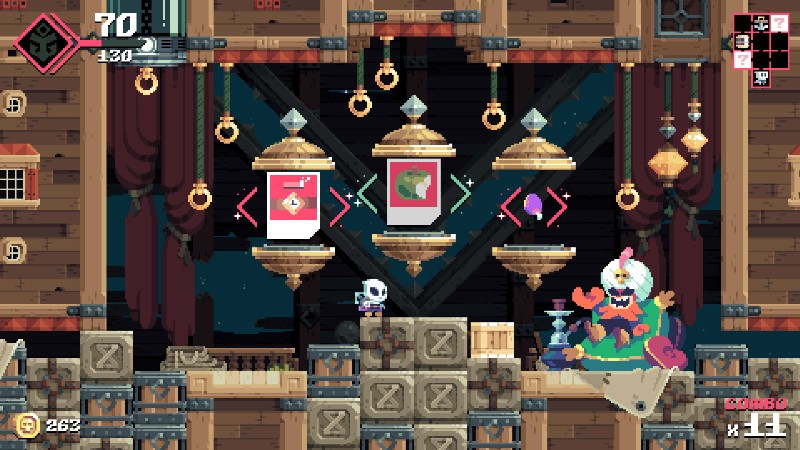 Stepping into Tribute Games’ office is all it takes to grasp the core of this Montreal based indie studio’s inspiration: classic video games. Two immense custom arcade machines, large enough to dwarf an average person, sit across from each other. The room is divided into a work space where roughly a dozen people sit at monitors, and a game space where consoles old and new are wired to TVs.

Ex-Ubisoft employees Jonathan Lavigne and Jean-François Major cofounded Tribute Games in 2011. While at Ubisoft, the duo was part of a team that handled the development of 2D games for Nintendo’s Game Boy Advance. Once the mainstream popularity of 2D games began to dwindle towards the end of the 2000’s, Ubisoft moved the team into triple-A development. “They put us on 3D titles like Assassins’ Creed and Prince of Persia, but our passion was always in 2D games,” says Major. “That’s what we were good at.” 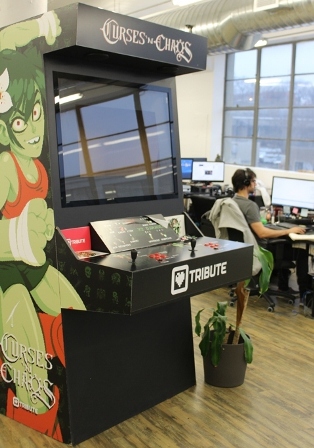 Unfamiliar with the business world, the two decided that they would self-fund their own projects, and began to sock away money while working on triple-A games. “Our experience is mostly on the developer side,” says Major. “Running after money and knowing every source of funding in the area, like the Canadian Media Fund (which supports many local studios), was really not what we were good at.”

When Lavigne and Major started Tribute Games, they took the 2D talent with them from Ubisoft. “It’s what made the core of Tribute, the core of that Game Boy Advance team from Ubisoft. We all had the same ambitions to continue making 2D games, and when we didn’t have that luxury anymore, that’s when we decided to spin out.”

For their first game, the newly founded studio had a set of criteria. “We wanted to find a title that we could easily do in a couple of months and have a quick turnaround,” Major explains.

Practicality aside, the studio was looking to create a game that would innovate on a genre that had become formulaic, or that had laid dormant in recent years. They believed that this would be the easiest way to make something fresh. “Our goal was to have a small title that we could make mistakes on, get our name out there and work from.”

The studio’s first game Wizorb was released for the Xbox 360 in Sept. 2011. The title combines fantasy role-playing elements with the classic game Breakout, where a player-controlled paddle bounces a ball up to clear a stage of bricks.

With their first game out the door, the studio shifted their focus to their next project, Mercenary Kings, which Major considers to be their greatest success to date. Instead of self-funding the second title, the team turned to crowdsourcing. “KickStarter wasn’t really established when we were making Wizorb. We were one of the first Canadian KickStarters with Mercenary Kings. 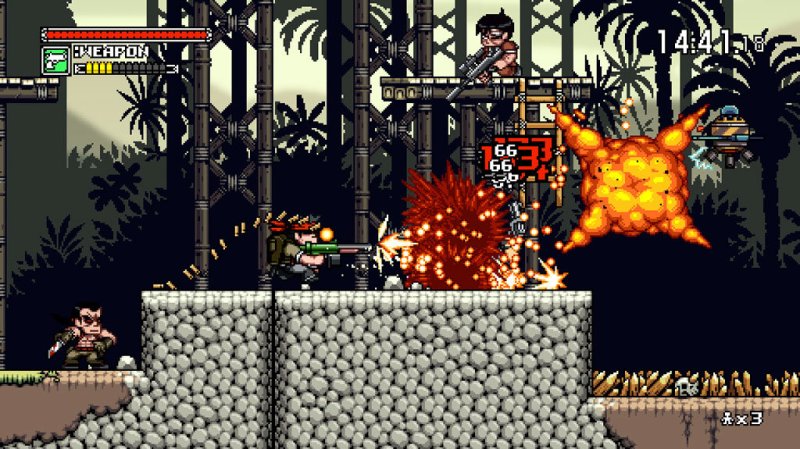 Released in 2014, Mercenary Kings is a military themed side scrolling shooter, where players collect gun parts to craft custom weapons. It drew inspiration from the popular game Monster Hunter, a title where players pursue and defeat dinosaur-like beasts and harvest their pieces to create better weapons. Critics compared the game to the Metal Slug series, another 2D military game that lacks the depth of strategy and customization found in Mercenary Kings.

“The game ended up looking like Metal Slug, but it doesn’t play like Metal Slug. That’s really been the hard part, that we need to teach our customers that we pay tribute to multiple games, but afterwards we try to innovate on its mechanics.”

The studio is currently preparing to launch their latest title Flinthook, which is currently awaiting quality certification from both Sony and Microsoft. Flinthook is a naval-themed game where players, controlling captain Flinthook, traverse enemy ships in search of booty to upgrade their arsenal. The captain navigates the randomly generated ships with the help of his time-slowing ability, plasma pistol and, most prominently, his massive anchor-shaped grappling hook.

When work began on Flinthook in late 2014, Major and his colleagues had a specific goal in mind. “The challenge we had was tackling vertical movement in a 2D game.”

The team had originally planned to implement vertical movement into Mercenary Kings, but discovered that falling from a poorly timed jump made for a frustratingly long fall and climb. Thus the grappling hook was born, with the rest of the game following from the concept.

“Our first idea really was ‘having a big hook would be badass,’ and then things fell into place after that happened,” Major says. “It looks tough to master but as soon as people take a controller and try it out, they’ll get it right away — it feels super quick and fluid.” ■

Tribute Games is aiming to release Flinthook between March and May 2017 for PlayStation 4, Xbox One and PC