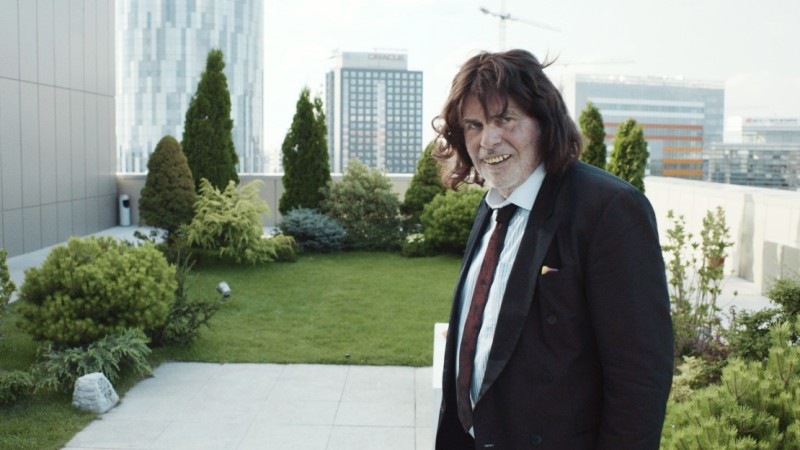 I was in the peculiar position of seeing Maren Ade’s Toni Erdmann a few days after its Hollywood remake was announced. A darling (if not THE darling) of the 2016 festival circuit, the German film was quickly snapped up by the remake machine and cast with Jack Nicholson and Kristen Wiig in the lead roles. Almost all of the writing you’ve read about this film (and subsequently everything I’ve read myself) didn’t address this at all. I found it kind of hard not to think about this yet-to-be-shot remake while watching the film and I find it hard not to think about it now. The casting is, as far as these things could go, pretty spot-on. It’s hard to think of two people who could better fit those roles in a (presumably) gussied-up American version, but it’s impossible to picture that gussied-up American version. I literally cannot fathom what they’re going to do with this.

You see, the idea that Toni Erdmann is going to be remade as a mainstream American comedy doesn’t ruin the charm of the original: it elevates it. It only serves to underline how peculiar and unclassifiable the original is: a cringe comedy that doesn’t really make you cringe, that has set pieces that go on for so long they don’t even feel like set pieces anymore, a film that’s partly about embarrassment and yet somehow winds up being a feel-good movie that feels bad at the same time. Even by genre, it’s hard to categorize Toni Erdmann — many of its festival reviews point to uproarious laughter in the audience, while the audience I saw it with was mostly silent, yet I’m almost certain everyone loved it. It’s really hard not to love, I think, but I’d fully understand why you wouldn’t.

Winfried Conradi (Peter Simonischek) is sort of like the king of dad jokes. A retired teacher, he’s constantly deadpanning dumb jokes that aren’t all that funny (like pretending to the mailman that his brother has ordered a bomb — the brother, of course, being Winfried in a stupid fright wig and buck teeth). 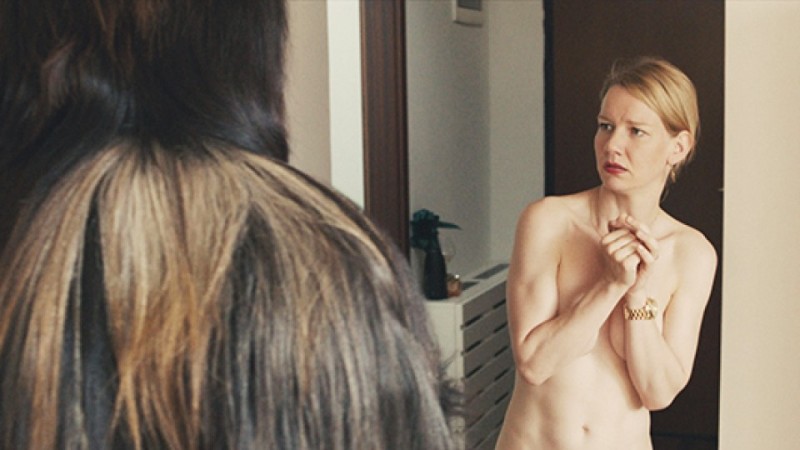 His grown daughter Ines (Sandra Huller) works a thankless corporate job in Romania, advising companies on the best way to lay off wide swaths of employees without looking terrible. She’s often too busy to see her father, so after he has to put down his beloved dog, he decides to drop in on Ines in Bucharest. “Dropping in” involves taking on the persona of Toni Erdmann, an extremely awkward life coach (in the same fright wig and buck teeth) who low-key stalks Ines at work and social functions (which are basically also work). Mortified and under tremendous pressure, Ines choose to simply integrate the bizarre Erdmann into her life as naturally as possible. (Not very naturally, as it turns out.)

Toni Erdmann is nearly three hours long, delves rather deeply into the nitty-gritty of the corporate politics of Ines’s job and it absolutely, steadfastly refuses to utilize such standard narrative tools as exposition and character growth. (There’s about as much silence as there is dialogue, and the silences often tell us more about the character than any measure of “this is worse than the time when we went to the beach and I was eight years old and something relevant happened” ever could.) It is, in many ways, an extremely daring film, and yet its style is discreet to the point of quasi-anonymity.

It’s easy to see the potential remake in the film’s broad strokes, to guess where the film’s most egregious comedic setpieces (including a birthday party that inexplicably turns into a nudist team-building exercise) can be turned into Curb Your Enthusiasm-style mortification comedy, and yet that’s precisely what director Maren Ade doesn’t do. It’s a precise, deliberate character sketch about the peculiar relationship that develops when a father and a child just become two weird, maladjusted adults.

It’s odd to talk about a film mostly in terms of what it doesn’t do, but that’s kind of the beauty of Toni Erdmann. Nothing that it does seems particularly revolutionary on paper — Ade sublimates the ordinary into the extraordinary in a way that’s kind of indescribable. Just go see it. ■