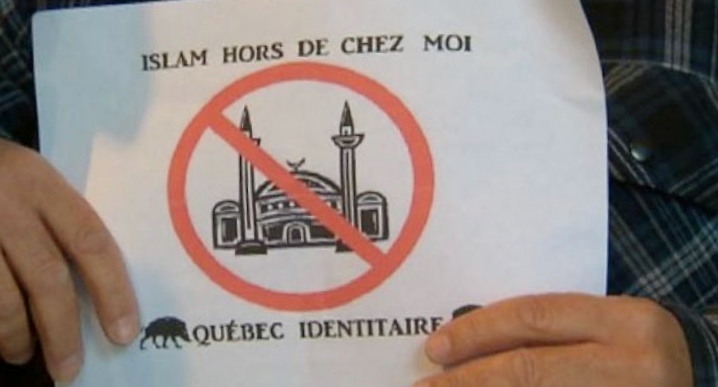 I’ve never been very comfortable with calls for tolerance. The term has always carried, for me, a sense that you are doing someone a favour, that you “tolerate” their religion or their culture the same way that you tolerate the neighbours’ music or the smell of their cooking wafting down the hall. It suggests that the fact we arrived “here” before they did gives us special privileges in determining the proper beliefs, attitudes and clothing of those who follow, or how much of a departure from those norms we — the arrogant “we” that professes to speak for us all but usually represents but a fringe — will tolerate.

The problem we face in our ever-shrinking global village is not tolerance, it is intolerance. It is the inability, the unwillingness to accept those around us who stand out from our crowd. It is the desire to tell people whose choice of apparel upsets us, yet which does not affect us in the least, that our discomfort, our secularism or our faith trumps their comfort and their beliefs. It is the desire to use the repressive powers of the state to strip people of their identity so that it becomes as milquetoast, whitebread, homogenized as our own.

There is a price to pay for living among others in a society. That’s normal. Many of our “shalt nots” are close to universal. Don’t kill, don’t steal, don’t fart in the bed, don’t swear your fidelity to someone then run around screwing everyone else. We have laws for the first two, social conventions for the latter. Bed-farters end up sleeping alone, bed-jumpers too, more often than not. But in most societies, we leave the dictates of dress to convention, not law. As long as you’re hiding the naughty bits, even if you’re not hiding them well, you’re not going to get arrested or fined. Not even for letting your jeans ride halfway down your ass, forcing you to waddle like a duck or walk bowlegged like a cowboy with a really fat horse to keep them up, leaving the rest of us fantasizing there’ll be some sort of emergency that spurs you to run while your pants drop, knee-cuffing you as you fall face-first on the metro platform.

We will laugh impulsively, but then we will help you up, offer to call your mother or 911. We will not yell at you to go home, we will not try to yank your pants down or up, we will not assume you are less human than we, less deserving of the benefits of society, simply because we believe that belts were intended by the Ferragamo gods to be worn above the hips rather than at half-crack.

Premier Philippe Couillard has put the latest version of Quebec’s attempts to legally enshrine intolerance on the back-burner, at least for now. Bill 62 would solve the nonexistent problem of burqa-wearing clerks at the SAQ or SAAQ but would do nothing to solve the equally non-existent problems of turbaned prison guards or kippahs on our Keystone Kops. Debate has been put off until summer, a sign as certain as Wiarton Willie seeing his shadow that the order paper will become toilet paper, flushed in the annual pre-St-Jean rush of MNAs to get out to cottage country before the highways grind to a halt in a log-jam of orange cones.

Bill 62 doesn’t go far enough for the Parti Québécois and Coalition Avenir Québec, which in the name of “religious neutrality” want to see a ban on religious attire or bling applied to anyone in a “position of authority,” as recommended in the 2008 Bouchard-Taylor Commission report on reasonable accommodation. While Mssrs Bouchard and Taylor defined authority figures as judges, Crown prosecutors, prison guards and cops, the elements in the PQ and CAQ would see it applied to anyone from daycare staff to crossing guards.

In an unexpected reversal, however, commission co-chair Charles Taylor last week repudiated the recommendation so closely associated with his name. He acknowledged in an essay published by La Presse that the “position of authority” proposal was a bid to make the report’s attempts to promote the concept of a tolerant neutrality more palatable to the rabble. “Not to impose these restrictions would shock public opinion to the point of jeopardizing our proposal for open secularism,” Taylor wrote.

But the proposal seemed to instead legitimize the notion of state coercion and led politicians who wanted to capitalize on intolerance to try to expand the notion of authority “to allow for an almost indefinite extension, to the point of including teachers and daycare workers, which we were not targeting at all.”

Taylor also noted that the idea that restricting religious expression in some circumstances may be acceptable merely emboldened those who wanted to put a much more definitive end to it.

“The proposal to restrict the rights of certain classes of citizens had a side effect of stigmatization. This effect has, among other things, been reflected in the increase in incidents of aggression, especially towards Muslim women wearing veils — from hate speech to assault in some cases. These gestures are the result of a minority of citizens who were already hostile to immigrants in general, or to Muslims, but who did not dare to display it beforehand. The debate had the effect of mitigating or eliminating their inhibitions, as well as thickening the clouds of suspicion and fear that surrounded newcomers in a section of public opinion.”

The net effect of all these years of debating the acceptable forms of religious expression — from the stupidity of the sugar shack pork scandal to the embarrassing Charter of Intolerance — has been a marked rise in anti-Muslim and anti-Semitic attitudes and hate crimes. It has created a climate that legitimizes prejudice and, in extreme cases, even leads to tragedies like the Quebec City mosque attack that last month saw six men die and 19 others wounded for no other reason than their desire to pray.

Intolerance is not a sentiment that shrinks when faced with appeasement, it feeds off it like a fire feeds on oxygen. In the decade we’ve been debating “reasonable accommodation,” reason has often gone out the window along with accommodation. This is a concept coined to deal with the rights of people with disabilities, not religion, and is defined by the U.S. Justice Dept. as “any modification or adjustment to a job or the work environment that will enable a qualified applicant or employee with a disability to participate in the application process or to perform essential job functions.”

Applied to religion, it means making reasonable efforts to allow workers to take prayer breaks or days off for high holidays, for example. It does not mean that the majority gets to decide if it’s reasonable for a woman to wear a hijab or a niqab in public any more than it allows you to dictate what spices your neighbour can use in their vegetable curry.

The responsibility to be reasonable is ours. It’s not our tolerance that our fellow citizens are asking for, but to put aside our intolerance. Viewed from that perspective, isn’t it unreasonable for us to do otherwise? ■