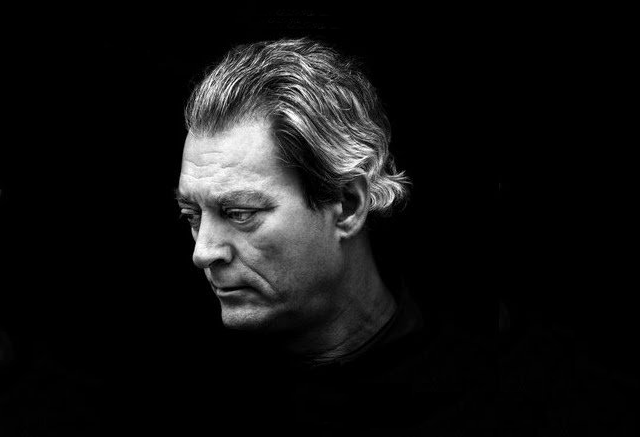 Paul Auster’s first work in seven years is the epic 4 3 2 1. The tetralogy follows four possible life paths taken by Archie Ferguson, born March 3, 1947 — the same year Auster himself was born. The novel explores the what ifs, and the four Ferguson life stories diverge quickly from birth.

During his last visit to Montreal in 2004, Auster collected the Blue Metropolis Grand International Literary Prize. Auster loves Montreal, and name-drops Jean-Paul Riopelle as one of his Montreal besties of yesteryear. We reached the author at his home in Brooklyn.

Natalia Yanchak: Some of the reviews of 4 3 2 1 call it a personal, nearly autobiographical novel.

Paul Auster: Reviewers always get it wrong. What the book shares with my life is geography and chronology. The Fergusons are not me. I did not grow up in the way any of them did. And when you think about it – how remarkably precocious they are – things they’re capable of doing at quite young ages, I was not capable of doing. It took me a lot longer to develop.

NY: Will you ever be finished writing stories that draw from the events of your own life? Is this process finite?

PA: It’s not finite. Our lives are really, truly rich, and when you’ve lived as long as I have, there are hundreds and hundreds and hundreds of stories. [A story] becomes fiction when it’s in a novel. It gets whisked up into this new force field. It’s in this world of a novel, so it’s doesn’t really matter what the source is. 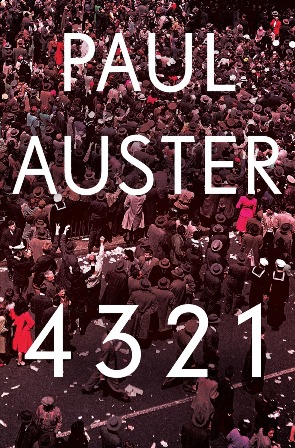 NY: How do you reconcile the intersection of creating and selling art?

PA: Ah, well, for a long time I didn’t sell anything. I was always broke and I was struggling for many many years. In the beginning I was only publishing poetry, and writing poetry. I had written fiction when I was younger and I was never satisfied with it, never published it. But eventually, when I got into my very early 30s, I was able to start writing prose.

I wrote the first volume of the The New York Trilogy: City of Glass, which was turned down by 17 publishers. Nobody wanted it. It was a bit depressing, I have to say. But at the same time it was helpful, because it taught me that in fact I was not writing to make money, or to be famous, or any of the glory that people dream about. I didn’t dream about those things. I just wanted to work.

And now The New York Trilogy is published in 45 languages, so, you see, how things just turn. And it makes you understand that the so-called powers that be, people in charge, making the decisions, they don’t know anything. And once you begin to believe them, then you’re sunk. You have to believe in yourself.

PA: There’s a moment when one of the Fergusons, 4, he actually becomes a writer, and he writes his first story – a very long story, 50 pages – when he’s 14 years old. It’s a story about a pair of shoes, Hank and Frank. It was very intriguing, to try to put myself in the mind of an intelligent, precocious, 14-year-old boy, and try to imagine a story that he would write.

He shows the story to his mother’s sister, a professor in English and married to a writer, a biographer. So even though [Ferguson, 4] is depressed about it, he sends it to them, wanting their opinion, and they write back and they like it, a lot. They say: “It’s terrific, bravo.”

And so he understands that the same story received by different brains, [can be] either embraced or rejected. One person is punching you while the other person is kissing you, and it can be very confusing as a writer or artist of any kind. Be prepared for both punches and kisses [because] sometimes it’s only punches. ■