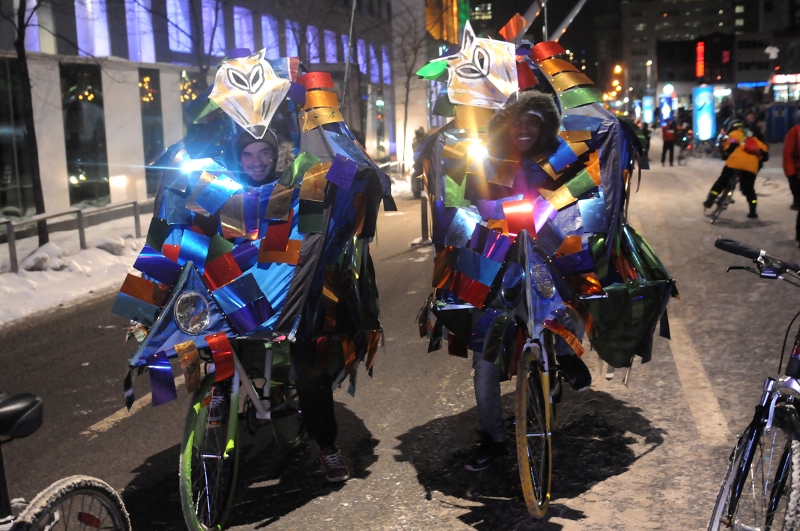 On Saturday, Feb. 11, cyclists bundled up and decorated their bikes with lights for the Lune d’Hiver, a colourful night ride to close out the 2017 Winter Cycling Congress. The event was also part of Montreal’s 375th anniversary festivities, AND a celebration of Vélo Quebec’s 50th anniversary.

The 3.75-kilometre ride began in the Quartier des Spectacles and extended to the Old Port, while more experienced cyclists continued on with an extended 10km or 15km ride to the Olympic Stadium.