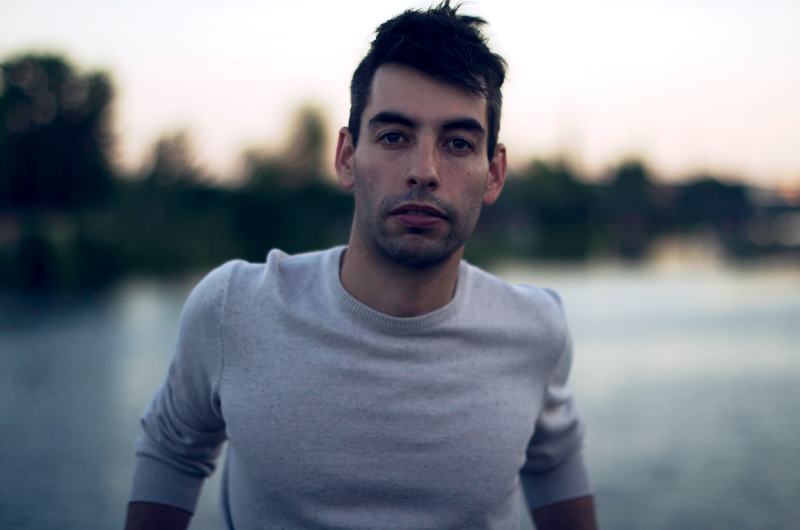 Every so often an artist has to change their style to keep up with their own needs, and make something truly amazing in the process. When it came time to map out his new record, Twin Solitudes (out on Secret City Records this Friday, Feb. 24), Leif Vollebekk wanted to catch up with the Leif he had become since his last album.

“When I was touring, I realized there was something I was missing,” says Vollebekk. “As I changed, my songs weren’t changing with me — I wouldn’t find myself in the songs anymore.”

Vollebekk did however notice a few new and telling trends in his songwriting and playing. “The songs I found the most like me were written the quickest,” he says. “Playing covers was just really fun, I was just playing music, I wasn’t trying to convey anything or make an artistic statement.”

It was then that Vollebekk knew what he wanted and, better yet, didn’t want out of another record. “I said, ‘For the next record I have to write songs that are fun and me, or  people won’t connect with them.’ Or if they do and I don’t, that’s even worse.”

For his 2013 album North Americana, Vollebekk spent large amounts of time finessing the sound, changing studios and set-ups, making the production its own beast. The harrowing process did, however, allow him to become a lot more efficient in the studio this time around.

“The first day of recording, we didn’t do tracking, we set up microphones to make sure everything sounded right. When we recorded the rest of the week, we’d roll the tape and the sound of the record was there.”

Vollebekk says he also found new focus, pushing himself to deliver the  best possible performances. “I can’t think about singing and playing if I’m worried about piano sound. I told myself I had to be relaxed.”

Many of the lyrics on Twin Solitudes were inspired by Vollebekk’s long time on the road. “I don’t write while I’m away, but you see things — there’s something amazing about picking up things while you’re in a different place. It fills up your mind with all kinds of images, and when I stop moving, [the lyrics] are there.”

When Vollebekk finished his main thrust for the record, something was missing: strings. But it needed to be right. “There’s so many styles between Motown and an orchestra. Usually string players are classically trained and a little rigid, but then I heard [Kendrick Lamar’s] ‘Bitch, Don’t Kill My Vibe’ and said, ‘Oh this is what I want!'”

Vollebekk enlisted that very same violin and viola duo, Brooklyn’s Chargaux, who were remarkably easy to work with. “We redubbed the whole record in a day — I never needed to write anything down for them,” Vollebekk says.

Facilitating the process even further was the fact that he shares a rare affliction with a member of Chargaux. “Their violin player Charly has synesthesia, too, so we communicated faster and we chatted about that.”

Surprisingly, Vollebekk wasn’t even aware he had been dealing with synesthesia — a neurological condition that marries the senses — until recently. “I thought everyone had it,” he says. “You don’t discuss your personal experience of life that often.” On how synaesthesia influences his music, he says, “I like things to be a monochrome to me.”

Additional strings arrived in the form of Barr Brothers harpist Sarah Page. “I wanted to hear Sarah add this felty sound that had a lot of parts to it, so I asked her to come in. I brought in all of her different takes, and gradually introduced them.”

While Twin Solitudes was in some ways a much easier record for Vollebekk to put together, he poured the same level of passion and effort into it, if not more so. The result is a record brimming with hooks and compositional brilliance, proof that his new approach worked out for the best. ■