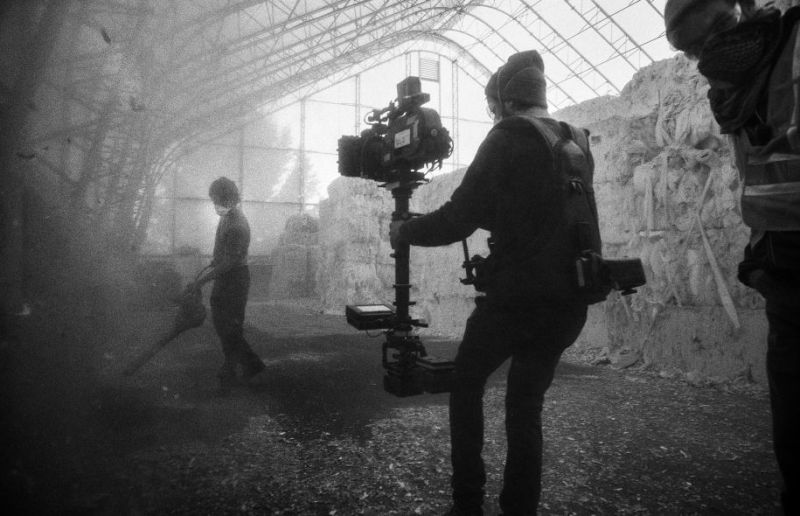 Karl Lemieux on the set of Maudite Poutine

Maudite poutine’s been a long time coming. Karl Lemieux has had much success in the experimental field, creating many acclaimed shorts and video installations for local musical performances, but he’s never really done much narrative work.

“Experimental film has mostly been my focus thus far, but I also did a lot of what we call expanded cinema, creating projections alongside improvisational musicians” says Lemieux. “I ended up working with a lot of bands in the last few years, but I feel like each project finds its own form. In the experimental film world, there are people who develop very particular techniques and apply that to every single one of their projects. In my case, it’s sort of different techniques for each project. I made one narrative short in 2007, titled Passages, that had more or less the same approach as this one. Black-and-white, 16mm, a noise soundtrack, no dialogue — it was the sound and the image that made the characters speak. When I finished that short, I started writing the feature, but it took a long time to get made. (…) There too, I’d say there was a specific form that imposed itself on the topic.”

“If you want to create an illusion in more narrative forms of cinema, it’s important not to spend the whole movie tapping the viewer on the shoulder to remind them they’re watching a movie,” he continues. “When I work on films that are closer to moving paintings, I very much indulge in reminding the viewer that they’re watching an actual film: showing the sprocket holes, showing the material nature of the film. I think in some contexts it’s appropriate and in others it isn’t. In that sense, this film is very different.”

(The film’s title, for what it’s worth, isn’t directly referring to the famous Québécois national dish. “Une maudite poutine” is a colloquialism that basically translates to “a hell of a mess”; it effectively predates the creation of the dish, though one version of the myth of the birth of poutine directly ties the name to the expression.)

Maudite poutine (co-scripted with Marie-Douce Saint-Jacques, who has previously been a player in the local music scene) adopts many familiar crime genre tropes but retains a lot of Lemieux’s trademark style: the inky 16mm B&W cinematography and noise soundtracks that typified his experimental works also finds a place within this debut feature. Jean-Simon Leduc stars as Vincent, a punk musician who gets the unwise idea to rip off a local drug dealer (Robin Aubert) alongside his bandmates (Francis La Haye and Martin “Mingo” Leblanc, formerly of les Georges Leningrad). Spared a beating presumably because of his brother Michel’s (Martin Dubreuil) underworld connections, Vincent nevertheless finds himself unable to repay the dealers for his misdeed and drawn further and further into the depths of his complicated relationship with his estranged brother.

“I had only ever been on a set once,” he explains. “It was a very small independently financed film. On that level, this film was very different. I had a large team. When I was in film school, I leaned more towards the idea of making experimental films almost artisanally, alone and with a $50 budget. Maudite poutine was in a context where there was a huge team to manage, actors to direct… There are a lot of possible forms and approaches possible in film, but this particular method was a huge learning experience for me. Having to prepare things you’ve never done — I’d never really worked with dialogue or with multiple actors or even for such a long shoot, since we shot for five weeks.” 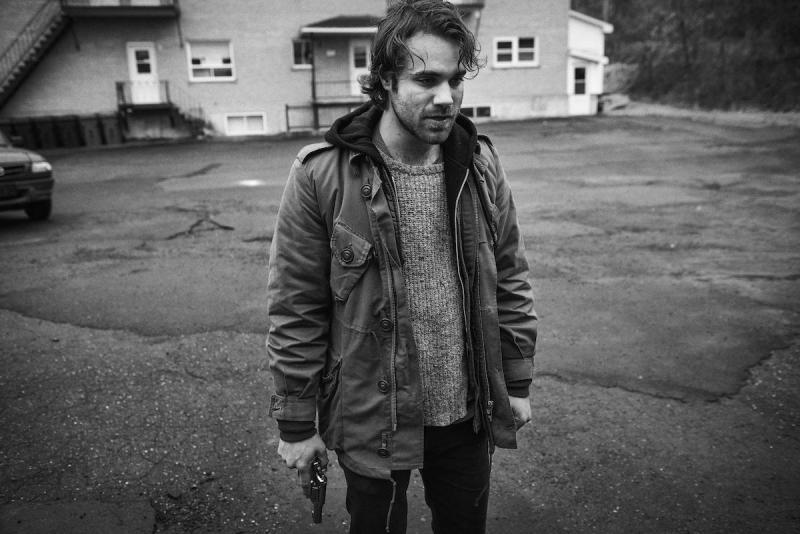 Maudite poutine also meant familiarizing himself with directing actors, a process that didn’t come up much in his experimental work. “I tried to give myself a running start by casting actors who already had a lot of what I needed already,” he says. “I did a little acting as a kid, but having the kind of proximity to the actors and the words you need to get what you want from actors is difficult. Jean-Simon and Francis were already in a band together; Dubreuil’s a fucking great actor and I learned a lot just being around him. Mingo, on the other hand, had never acted before, but his performance is still one of my favourites. I think he’s on the ball — the first scene in the car, you can really feel his anxiety… He’s got a lot of integrity in life, and he’s got a lot of integrity on camera. That’s what I wanted.”

Films about small-time organized crime are relatively rare in Quebec, even if they’re a fertile source of inspiration. For Lemieux, a native of Kingsey Falls (near Drummondville), Maudite poutine was a chance to tell a story from his neck of the woods.

“I was talking to a guy in Italy when the film played at Venice,” says Lemieux. “He told me ‘It’s interesting that you’ve made a movie about themes that aren’t typical of Quebec. Organized crime is so much more Italian than it is Canadian.’ And I told him, ‘It’s a universal phenomenon!’ It was something I wanted to tell, but tell simply. It can be too much for some, but not enough for others. Someone expecting an action film won’t get much enjoyment out of it. It’s small, but closer to reality, but still maybe too big for people who can’t fathom that something like that would happen.

“Even when we were filming…” he continues. “At one point, Jean-Simon was trying to get into a scene so he started running around with a fake gun while we were setting up the scene. At one point, the line producer comes up to me and goes ‘Oh, shit, did he really leave with the gun?!’ It’s illegal, even if the gun is fake. We had to call up the SQ and explain to them that we were shooting something, the actor ran off with a fake gun… if someone calls them up before you warn them, they can completely shut down your shoot and remove your permit.

“And the guy who owned the garage we were shooting in told me that just a week before, a local guy had a fight with his boss, shot him and his wife, went to the bar, got drunk and shot himself in the head on the porch. The things I talk about in the film, they’re based on things I’ve heard, on urban legends, on things that people I know have lived through.” ■

Maudite poutine opens in theatres (in French only) on Friday, Jan. 27