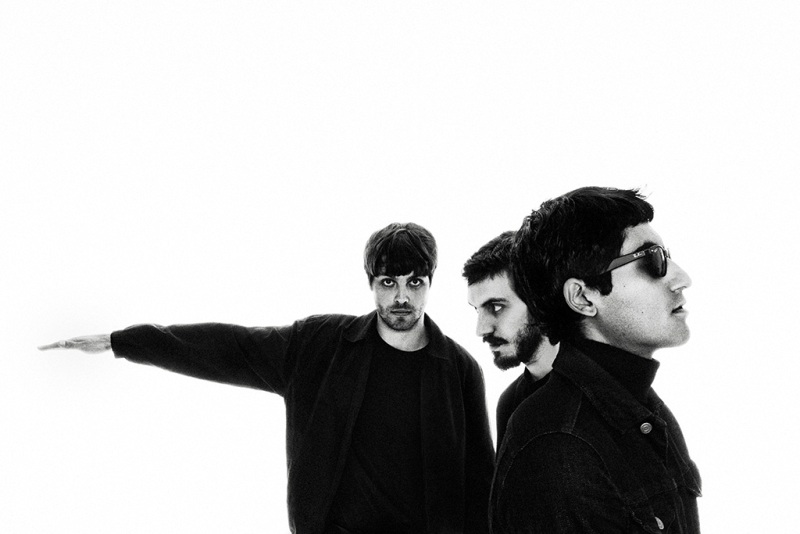 Backed by an electric pink band sign, Heat took the stage at Matahari Loft during November’s M for Montreal festival to preview material from their forthcoming debut LP Overnight. With the first crash of electronic drum pads, it was clear that the local band had undergone a metamorphosis since emerging on the scene in 2014.

Heat last played M two years ago, a period when the band was a little more “hot” than they have been since. “We were kind of a hype band off the back of our first EP,” admits singer and chief songwriter Susil Sharma. “We were still developing, just learning how to play together and do exactly what we wanted to do.”

The buzz from that self-titled EP and series of festival showcases was heavy, with critics citing echoes of the Velvet Underground and making “rock is back”-level statements, which Sharma at once understands and finds hilarious.

“Me and my friends started playing guitar when we were between 12 and 15, and we would play pop-rock or prog stuff or classic rock covers,” he says. “When I first heard Lou Reed and the Velvet Underground, it really changed me and what I wanted to be doing.”

Sharma moved to Montreal from Fredericton, NB at the age of 17. “I started out playing bass in a bunch of different groups: punk bands, synth-pop bands, whatever, until about four years ago, when I decided to start writing songs and demoing.”

Along with VU and post-punk bands like the Jesus and Mary Chain, Sharma (now 27) was also raised on new wave and pop — Heat have been known to cover Madonna’s “Dress You Up,” a nod to his older sisters’ heavy rotation of The Immaculate Collection in their family home.

“I love pop and ’80s synth stuff,” he says. “When you’re making music, if you stay open to everything, you have more of an opportunity to do something relevant. I love rock music, but it’s 2016 — there’s a lot more tools to use.”

Heat still use standard rock arrangements on stage, but as they worked towards recording at Breakglass Studios last spring, they experimented with guitar tones, drum pads and drum machines. Fresh off playing roughly 100 shows, they brought in their tour manager to play drums on the record — he was their sixth drummer, and would soon be replaced by Laurent, their seventh.

“It’s been Mat (Fiorentino) and Raph (Bussières) and I at the core,” Sharma says. “Changing drummers a week before going into the studio was definitely stressful and added tension at times, but in the end maybe we were a little bit too road-tested — throwing in an unknown element at the last minute changed some of those songs a little bit, which I liked.”

After a very low-profile year, Heat released a new song last month. “Lush” features Sharma’s signature rasp and an acute rock riff paired with ringing pop tones and a melody that’s hard to shake — a perfect primer for the new Heat. As for the album’s title (Overnight), it’s in part a tongue-in-cheek reference to its lengthy production and gestation period.

With the Jan. 20 release date finally approaching, Sharma is loving the prospect of getting out on the road and breaking new ground. “Touring isn’t necessarily for everyone, and I’ve seen that in my band, but I really like travelling, I really like playing music,” he says. “Having put in the work for this album, I’m just really excited to see what happens. Any opportunity we get to travel to new places — amazing.” ■