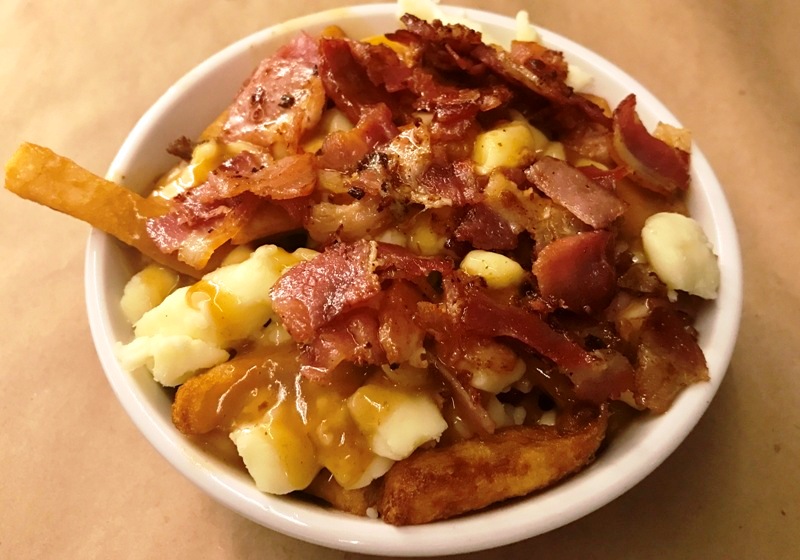 More is good, but sometimes just one is better.

I love poutine. You might also love poutine. But have you ever finished a big bowl of fries, gravy and curds and asked for more? There are some foods I could eat till I keel over, most notably peel-and-eat shrimp and cheese raviolis. When I’m at Chez Claudette, I can barely get through a large Dalton, even if it tastes like heaven.

Le Gras Dur bills itself as the premiere destination for incredible feats of poutine consumption. Every Tuesday and Wednesday, they serve all-you-can-eat poutine, with one price for an unlimited supply of plain Janes or, for a few extra bucks, myriad German-style poutines with schnitzel bits and sauerkraut. The selection isn’t quite at the level of Banquise, it should be noted. 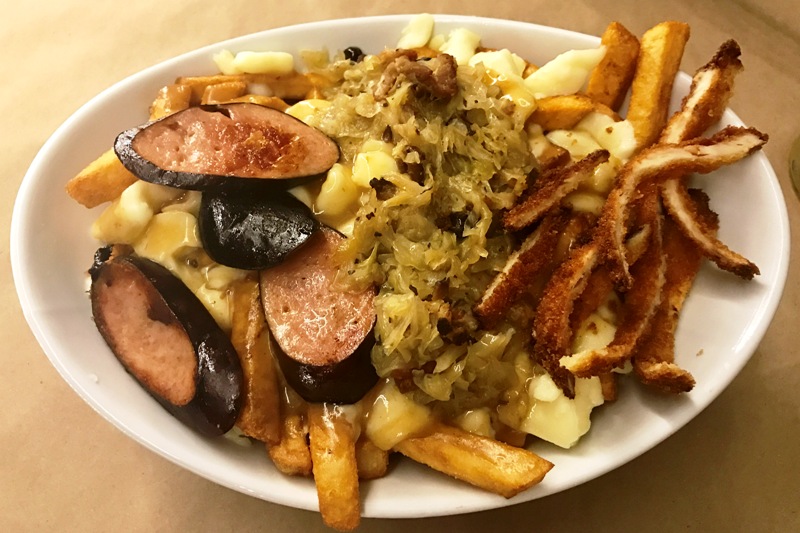 For as long as the promotion has existed, I and my hollow legged colleague Tim have talked about going, and just before the holidays we finally did the deed. In my 20s, I would’ve shut the place down, like that time I got tossed from a popular local churrascaria. Today, I’m a bit of a lightweight. Bully for le Gras Dur, as they only needed to serve me two Tousquis – a Drummondville poutine-fest-winning concoction with sausage and kraut – before I tapped out. The first one came in a large bowl, the second in a much smaller one. The prize poutine was astonishingly light and had nice individual flavours you don’t often find in poutines, but the curds weren’t solid enough for the piping hot plate, and it wasn’t before long that it melted into a mozzarella-like mess — a faux pas sure to rile up those Drummondville poutine judges, had they been on the premises.

My dining companion, on the other hand, breezed through two poutines before attacking the remainder of my bowl. The first poutines came in a hurry – with complimentary glasses of Tremblay as part of a distro deal – but we were greeted with tumbleweeds (i.e. a fast-moving waiter who purposely avoided eye contact) when we tried to order our second servings. The resto wasn’t packed either — it was a snowy Tuesday night, after all. The added minutes of waiting for more merely reinforced how full I really was. It wasn’t like the Vichy buffet counter back in the day, where I would throw too much on my plate and be forced to eat it all. 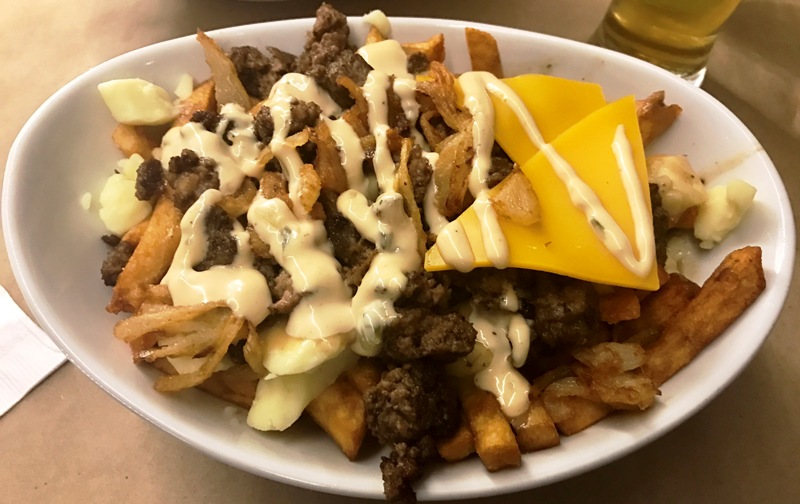 All in all, we paid $25 a person for the honour of stuffing our faces with poutine, and in total we only ate four bowls. Not an obscene price if you crunch the numbers, but the dealer certainly came out ahead.

It also just didn’t feel like a great feat of strength or story to tell, either. The poutines weren’t flying left and right, and we weren’t pushed to our personal limits. The night ended with a whimper, as my still hungry dining pal walked next door to the KFC for a chicken sandwich. He still had an appetite, but not for le Gras Dur poutine.

Without the shock value of an all-you-can-eat proposition, it was just another pretty decent poutine in a town full of them. ■