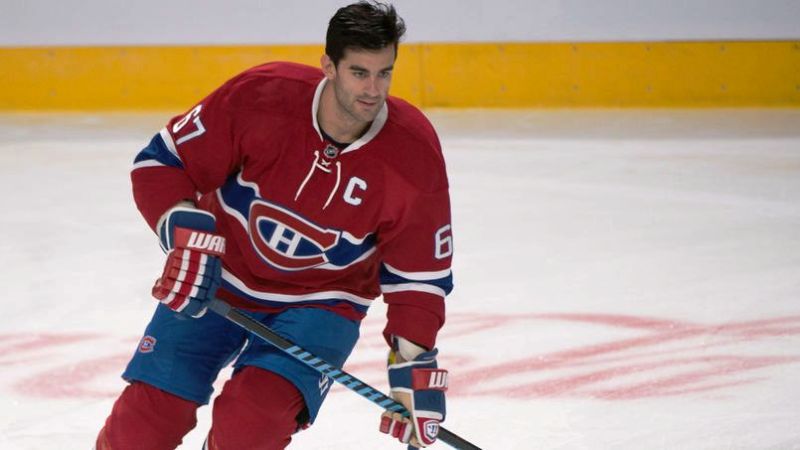 So this is what it feels like to be on the other end of a 10-goal game. I’ll spare the puns about an “avalanche of goals” being scored on Saturday, but it’s still important to note how remarkable it is to see the Canadiens respond in the manner that they have in the last week. After finding out just a week ago that both Alex Galchenyuk and David Desharnais will be on the injury reserve, many fans feared that the team would struggle in the goal-scoring department until their inevitable return in mid- to late-January. The team has instead used their absence as a rallying cry for a number of impressive performances over the last week. In fact, since their number one centre and offensive catalyst went down to injury on Sunday afternoon, the Canadiens have managed to score an impressive 18 goals over the last four games. Furthermore, barring the meltdown in the third period vs. the Blues on Tuesday, the Canadiens have also thoroughly dominated all aspects of play to maintain their stranglehold atop the NHL standings.

Blues: (OTL) Soft 3rd period allowed a 2-0 lead to slip from Michel Therrien’s grasp. The Blues eventually sealed the victory in OT on some blown coverage.

Devils: (W) Arguably the team’s best game of the season (until Saturday’s thrashing that is). Habs managed to get 49 shots vs. the stingy Devils defence. Carey went full “Hextall” after an opposing player crashing into his crease in the first period.

Avalanche: (W) 10-1. Pacioretty had the first 4-goal game of his career in a contest that was over before Price could take his first sip of Gatorade.

Bruins: (OTL) Hard-fought battle with a number of questionable hits on both sides of the ice. Habs ultimately fought back to send the game to OT but it wasn’t enough to win against the arch-nemesis Bruins.

Max Pacioretty has had a tough ride since being appointed Captain of the Montreal Canadiens. His first season in this role began immediately after he completed a long recovery rehabbing from knee surgery. He suffered a freak injury doing sprints last summer while preparing for the season. Not one to ever make excuses for his long list of ailments, he still soldiered on, playing in nearly all of the team’s contests in what ultimately ended up being a lost season. Some of the blame for the team’s poor performance last year was thrust on his shoulders, which in many ways comes with the territory of being the captain of a sinking ship.

After a long off-season to think things over, and some wholesale changes by management, Pacioretty, much like the rest of the returning players, was able to hit the reset button. Furthermore, the biggest changes in personnel came in the form of players who were identified as leaders — Andrew Shaw, Shea Weber and Alexander Radulov — to help ease the burden on Pacioretty. It was a plan that has worked so far, as the Habs currently sit in first pace in the entire NHL. Despite this, many have questioned Pacioretty’s game this season as he struggled out of the gate, even spending an extended period of time on the third line. There was even an instance in which he failed to skate out to salute fans after being selected as one of the stars of the game. It was later explained as a misunderstanding, but it was a touchy situation that he chose to address instead of sweeping under the rug. This difficult start to the season also came on the heels of an offseason rumour in which Therrien was reportedly heard stating that Pacioretty is the worst captain in Habs history. This was quickly dismissed by the coach, as was the journalist who first brought forth the scoop. Things were not looking good for the captain and the criticism was beginning to pile up, whether it was merited or not.

And then things started to turn, almost immediately after it was revealed that he had played for most of the season with a micro-fracture in his foot and most importantly after the team’s #1 offensive force, Alex Galchenyuk, went down with a long-term injury. Pacioretty’s statline since has been impressive, with seven goals and two assists over the last 10 days. He has even achieved the team’s scoring lead and positioned himself back on pace to reach the high goal-scoring totals that he has made the Habs accustomed to over the last five seasons. Not a bad look for someone who’s had a tough go since being appointed captain and who many in hockey circles have called out for not being involved enough.

Perhaps some adversity was just what the doctor ordered for “Patches,” as it seems to be his key for success in this league. Evidence to this points to how he responded to the well-documented Chara incident in 2011, in which he suffered a broken vertebrae and a concussion, and returned for a breakout season the following year. Not only did he score 30 goals in the following season, but he also captured the Masterton Trophy, which is awarded to the player  “who best exemplifies the qualities of perseverance, sportsmanship and dedication to ice hockey”

Furthermore, he also has the distinction of being second only to abominable yet sensational Alex Ovechkin in game-winning goals since that breakout season in 2011-2012. If that doesn’t demonstrate his ability to come through when his back is against the wall, then I’m not sure what else does. Maybe it’s time for the naysayers to stop taking Pacioretty’s contributions for granted and instead appreciate that they finally have a leader who’ll come through when it matters most for the team. ■