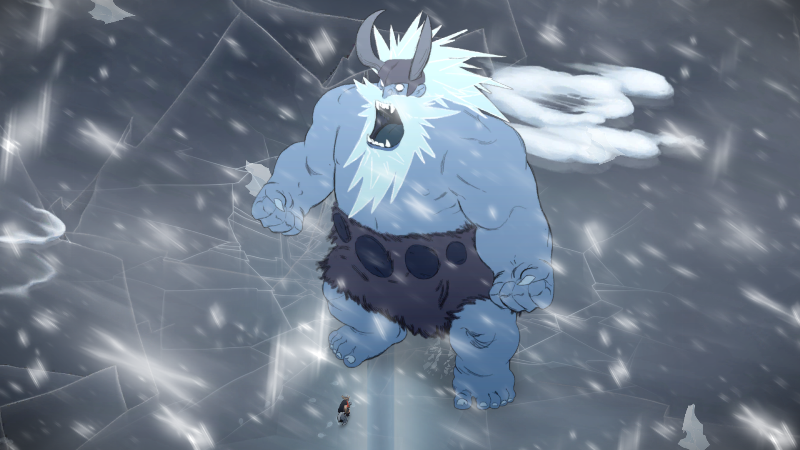 The aging RCA Records building in St-Henri houses several indie video game developers working on some of the most innovative games the industry has to offer. Independent video game studio Thunder Lotus moved into the space last summer after a year and a half in Concordia University’s District 3, an incubator program for start-up companies.

“It’s like in music, where you have the huge pop stars versus indie groups, who have a smaller niche audience,” says William Dubé, the founder and creative director of Thunder Lotus. Indie game developers often work on smaller artistically driven games, in stark contrast with mass-market franchises like the Halo or Grand Theft Auto series. “You have more creative input over the game — you have more control.”

Thunder Lotus’s one room studio has a sectioned off corner just big enough for their wooden conference table. The studio echoes that of a painter, with its large windows and high ceilings. Unlike a solitary artist however, the studio is packed with a dozen people working on twice as many monitors, each contributing to Thunder Lotus’s latest project, Sundered.

“A lot has changed,” says Dubé. “Three years ago I was alone at home on my couch figuring out what game we would put on Kickstarter.” Dubé and his forming studio ultimately sided with Jotun, an action-adventure game based on Norse mythology, with a hand-drawn visual style. “Everyone knows about Thor and Odin, but when you get into the actual texts and Eddas (the largest sources of Norse mythology) you have some really crazy stories: cows with poisonous rivers coming out of their utters, and humans coming out of giants’ sweat glands.”

Players control Thora, a deceased Viking who must prove herself in combat in order to enter Valhalla — Norse mythology’s afterlife. “Jotun is old Norse for giant, it’s David and Goliath,” Dubé explains. “Thora’s story also mirrors our story as a studio. We are the little guy facing off against the gigantic games industry and trying to make it.” Thunder Lotus drew inspiration from games like the critically acclaimed 2005 title Shadow of the Colossus, where players similarly face off against lumbering titans. 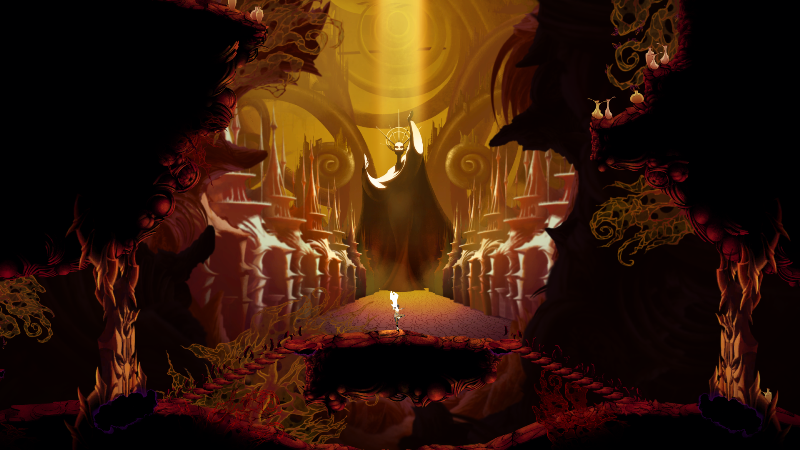 Indie games often deal with protracted development cycles due to many factors, including small team sizes, budget woes and, in some cases, perfectionism. Thunder Lotus formed in 2014, and took its first title from concept to release in under two years, no small feat for a budding developer. “We were able to leverage our Kickstarter funding into additional funds, especially from the Canadian Media Fund,” says Dubé. “That allowed us to grow the team and speed things up. As long as the quality is there, the faster we can go, the better.”

Jotun was released on in Sept. 2015 and was well received by critics, whose main point of contention was that the game was too short — at roughly four hours — and didn’t invite replaying. Over the next few months, Thunder Lotus discussed new concepts before starting work on their latest title, Sundered, in Jan. 2016.

“Sundered is a horrifying fight for survival and sanity,” Dubé says. The game is a 2D action-adventure set in a Lovecraft-inspired wasteland, one that emphasizes exploration and customization. Players control Eshe, a wanderer at the centre of a conflict between the Eschaton (zealous tentacled cultist) and the Valkyrie (a sci-fi-inspired military).

“We wanted to keep the hand drawn art, the giant boss fights and the great immersion of Jotun,” says Dubé. To address the problems with Jotun, the studio decided to focus on making the game adaptable, assuring that no two playthroughs would be exactly alike. Players have access to different abilities depending on in-game choices. “You can corrupt these abilities to get a more powerful version of them, but at the cost of your humanity. It has impact on the story, and on the game’s ending.”

Small start-ups often seem competitive, but Thunder Lotus has thrived by making allies in the Montreal scene. “There are a lot of great studios in the building, and in pockets across the city,” Dubé says. The indie scene tries to be a more cooperative venture. “We often get opinions, get feedback for early builds from people in other indie studios — more eyes on the game lets you improve upon it.” ■

Sundered is will be released in 2017 on PlayStation 4 and PC. Jotun is out now across all major platforms.