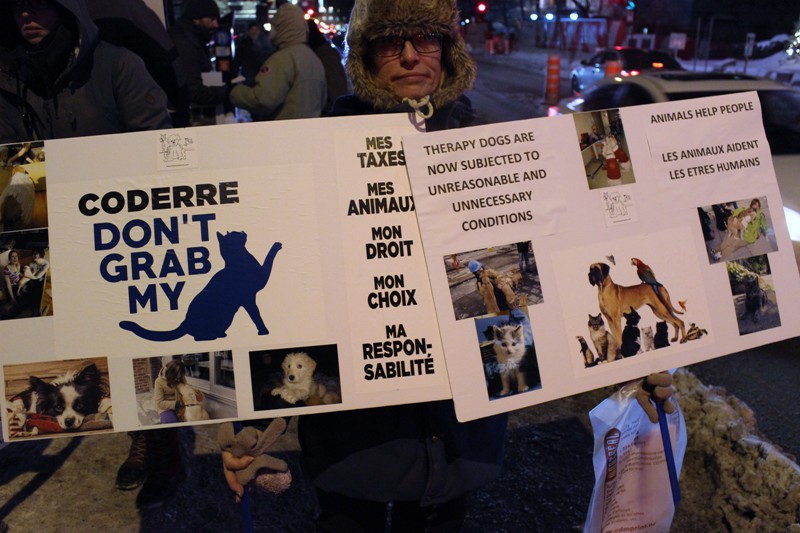 “(The by-law) doesn’t suit the needs of animal owners, and it’s just not applicable,” says Valérie Plante, leader of official opposition party Projet Montréal. Plante was at the gathering to show her support for the cause, and to respond to frustrated citizens’ concerns. Asif Choudhury, an alarmed dog owner, compared the new legislation to segregation laws. “Judging a dog as being dangerous based on their race is ridiculous,” he says. “Not every single pit bull is dangerous.”

The situation began on June 8 of this year, when Christiane Vadnais was attacked and killed by a dog initially believed to be a pit bull, but whose breed has since been called into question. The attack took place in her backyard in Pointe-aux-Trembles. Police officers shot the dog, which belonged to Franklin Junior Frontal, Vadnais’s neighbour.  At the time, police said that the dog’s owner could be charged with criminal negligence, but Frontal was not charged for the attack. 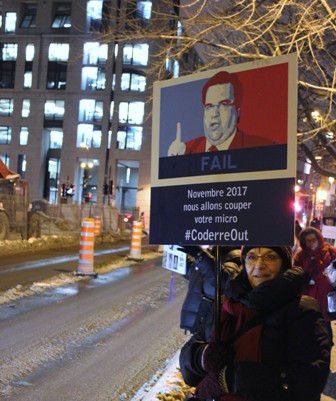 The city of Montreal responded to the incident with by-law 16-060, which passed on Sep. 27, and aimed to curb the potential for future dog attacks. The by-law has been met with opposition at every step, with protests occurring regularly since its announcement. A Quebec Superior Court Justice suspended the by-law within hours of it taking effect on Oct. 3., but a Court of Appeal lifted the suspension on Dec. 1, effectively ushering in the new rules. The city has agreed not to euthanize non-dangerous pit bull-type dogs until a Superior Court hearing on the by-law’s merits early next year.

Many protestors took issue with the unclear guidelines that have made it difficult for some to know whether their dog is affected by the new legislation. “We don’t even know if our dog constitutes a pit bull or not,” Choudhury says. “We get different answers from different people.”

The by-law targets American pit bull terriers, American Staffordshire terriers and Staffordshire bull terriers, as well as any crossbreeds that include (or appear to include) one of these breeds. It allows the city to euthanize all pit bull-type dogs that do not have a ”special licence.” The deadline to acquire this license is March 31, 2017, after which point no new pit bull-type dogs will be registered. The new rules also place restrictions on licensed pit bulls, namely that they be sterilized and muzzled when in public.

“The priority of the city’s rules is to assure security and reduce trouble, while favouring good behaviours and avoiding the abandonment of animals,” says Geneviève Dubé, a city spokesperson.  City officials have cited data that asserts that pit bulls make up less than five per cent of registered dogs in the city, yet are responsible for nearly 40 per cent of serious dog-related injuries.  “Those are the studies they have,” says Plante. “There have been a lot of contradictions between different types of studies.” 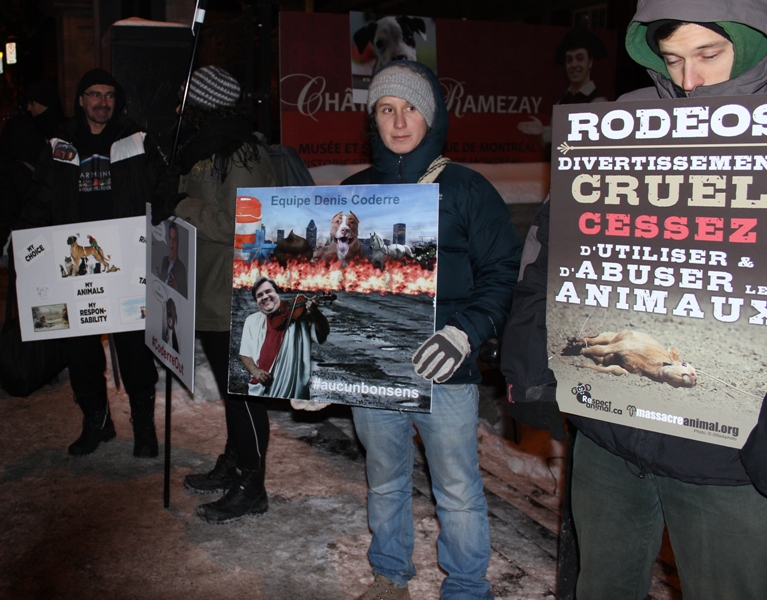 Across Canada, similar bans exist in Ontario, and the city of Winnipeg. Edmonton previously had comparable rules, but repealed their ban in 2012.

Many protesters present advocated for a system similar to that of Calgary, which places responsibility on dog owners and emphasizes proper training. “I think it’s about educating dog owners so that they know what their responsibilities are,” says Plante.

While most protesters focused on the new rules for pit bulls, some were at the event to advocate against another portion of the by-law that places a limit on the number of animals that can be kept in a single dwelling: two dogs, or four total animals per dwelling, with mandatory licences for every cat and dog.

“People will not adopt animals, we’ll have more abandoned animals,” says Louise Makovsky a dog walker and animal activist. “We are the biggest city in Quebec, and we’re going to influence the rest of Quebec,” Makovsky says. “(The legislation) means don’t care about the animals, don’t care about the owner, only care about yourself. Nothing else matters.” ■