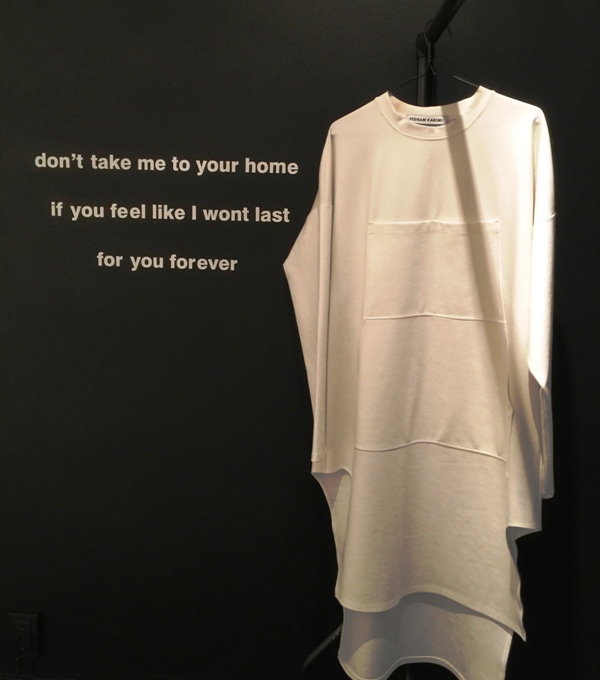 The collections of forward thinking Montreal-based clothing designer Pedram Karimi look something like the way you might expect people to dress in the future — the silhouettes are clean, sleek and minimal, rendered in solid, neutral tones. The designs are functional and thoughtful, with many pieces offering more than one way to be worn. And for Karimi, one of the most important elements is that his garments are never gendered — they’re meant to fit and be worn by any individual regardless of their gender identity.

“I called my brand a gender free brand,” says Karimi (who, incidentally, was voted #5 Best Fashion Designer in this year’s Best of MTL poll). “When I started my label, my intention was to push boundaries by creating clothing that you wear the way you want, with your own style. But after a couple of collections, I became socially more aware and wanted to make a difference in this skin deep industry that has the power of districting you to its core.”

Karimi explains that he’s not interested in following trends — instead, he’s motivated by the idea that good design can be a tool to advance the culture towards achieving social goals. Karimi recalls a conversation he had with Canadian fashion journalist Jeanne Beker during Toronto Fashion Week in 2013 (when he was a finalist for the Mercedes-Benz StartUp Award) when she asked him about his inspirations.

“My answer was equality. Back then, bringing political ideas into fashion was not so cool. I didn’t really care about that though — I was going for was something more socially awakening.” 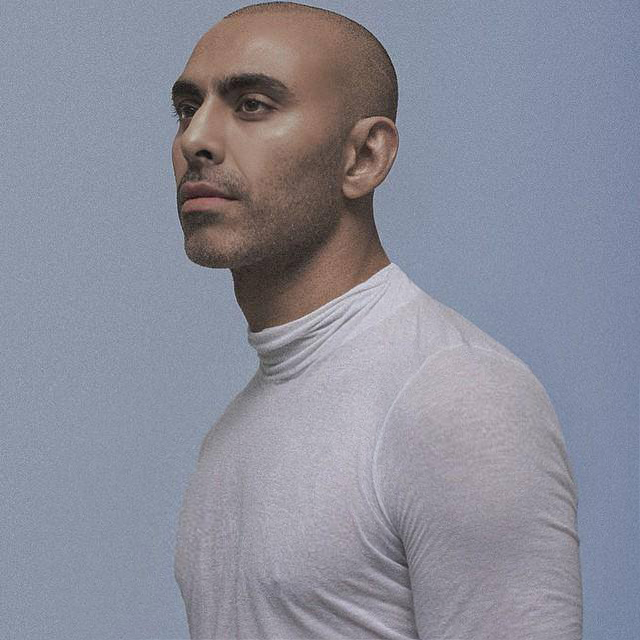 Things are a little different now, where more people are choosing to “stay woke” in their lifestyles and in particular, gender issues are reaching greater levels of public awareness.

One of the ways Karimi is using his platform as a designer for positive change is a new collaborative project he’s developed with furniture designer Loïc Bard. The project, called One Undone, has launched a pop-up venue running throughout the month of December on the Main. Here you’ll find products from local designers including Karimi and Bard, but beyond a retail space, the venue is hosting events that give space to local creatives to mount exhibitions, installations, performances and workshops, bringing together art, fashion and design in culturally and socially relevant ways.

“I wanted to create a place where art meets design, meets culture, meets fashion, meets community work, and all of that meets humanity to make this world we live in a better place — or at least make an attempt to make our intimate world a better place,” Karimi says about the project.

“I don’t understand why more stores and galleries don’t join and combine furniture with clothes with visual arts, performing arts etc. After all, we’re all multidimensional and would most likely connect with a place that covers more than one department. I call it a store because I really don’t like the word ‘gallery’ or ‘boutique.’ I find those words super pretentious and exclusive.” 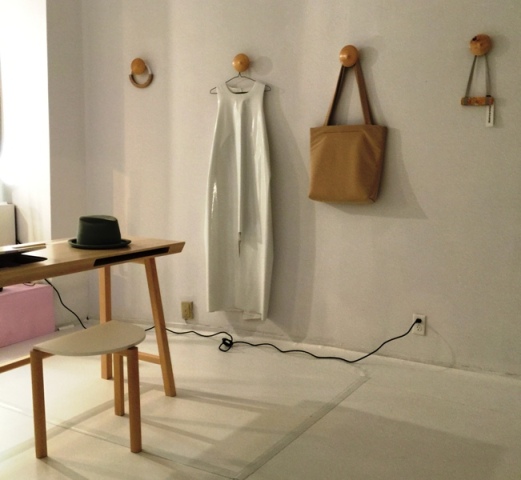 Since launching the space on Nov. 11, there have been a handful of soirées and vernissages held inside. If you haven’t visited yet, there will be a performance and live art installation happening this Friday, Dec. 9, where artist Boris Biberdzic will be live-drawing a dance performance as it unfolds, animated by ballet dancers Pier-Loup and Alexander Hille. Throughout the event, a new local gender-free clothing label, Litige (designed by Loïc Untereiner and Quentin Schwaab), will be introducing their first collection.

“The artists that we are presenting and introducing are our friends or friends of friends,” Karimi explains. “Some of them are not really known. They do what they do because they fucking love it! I admire them for their dedication to their art and craft regardless of whether they make profit from it or not.

“Discovering these artists is like if you’re at a thrift store and going through the racks and coming across an Yves Saint Laurent ‘le smoking’ suit or a 1960’s Balenciaga cocoon jacket. They’re such priceless gems!”

Karimi has big plans for future events at One Undone, with confirmed appearances from artists like Annie Pigeon, Miles Greenberg, AN Soubiran, Élodie Labbé and Olivier Martineau plus plenty of surprises still to be announced. ■