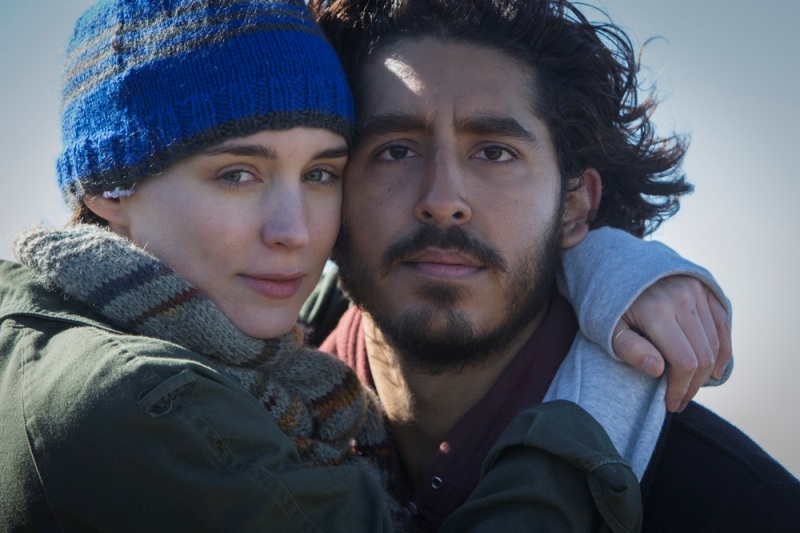 Not all great movies cut into a great trailer. Even something like Manchester by the Sea is difficult to split up into bite-sized pieces, so its trailers focuses on the yelling and crying and slaps on some strings to heighten the emotion. Conversely, there exists a subsection of film that cuts into trailers that are much better than the final product — films that seem tailor-made to be chopped and screwed into inspirational three-minute morsels. The problem with those kinds of movies is that marketers are so enamored with their inherent trailer-friendly qualities that they often end up telling the entire story in the trailer. That’s not quite the case with Garth Davis’s feature debut Lion, but the film does suffer from a certain iPod commercial sheen that dampens its impact.

Five-year-old Saroo (Sunny Pawar) lives with his mother (Priyanka Bose), older brother Guddu (Abhishek Bharate) and baby sister in an Indian slum. Saroo is determined to follow his brother in his every endeavour, be it stealing coal off trains to trade it for milk or work at transporting boulders, a job that the pre-teen Guddu feels is too difficult for his little brother. Nevertheless, he agrees to bring him along one night, only to lose sight of him at a train station. Unbeknownst to Guddu, Saroo has hopped above a decommissioned train that never stops in any station, finally dropping him off in Calcutta, thousands of miles away from his village. Saroo then falls into a world of child beggars, predatory adults and finally into the foster care system, where he’s adopted by an Australian couple (David Wenham and Nicole Kidman).

Fast forward 20 years and Saroo is living in Melbourne, studying hotel management, when a chance encounter with an Indian sweet from his youth brings all of his memories flooding back. Determined to use the few memories he has to piece the puzzle together, Saroo decides to use Google Earth to painstakingly pore over maps of India for any clue of the village he was born in. This quest soon becomes obsessive, driving a wedge between Saroo and his American girlfriend (Rooney Mara), his troubled adoptive brother Mantosh (Divian Ladwa) and his parents, whom he refuses to let in on his quest because he assumes it will destroy them.

Obviously, comparisons to Slumdog Millionaire are quasi-inevitable. Like that film, this one is a British director turning his camera to an Indian story. Like that film, it moves back and forth between childhood flashbacks and the grown protagonist — who, in both cases, is played by Dev Patel. And, like Slumdog Millionaire, Lion suffers from an overly slick and tidy approach to the storytelling. The first half of the film, which follows Saroo as a child, is actually quite compelling, owing mostly to Pawar’s magnetic performance and slick cinematography by Greig Fraser (who also shot Rogue One and Zero Dark Thirty, among others). Despite the pretty traumatic events at hand, it gets down to a five-year-old’s level and paints the events as disorienting and confusing rather than as orchestra-pulsating tragedy.

The second half of the film is a harder sell. Saroo Brierly’s story suffers from a narrative problem that is increasingly common in real-life adaptations: most of it takes place on the Internet, and there’s absolutely no way to make a guy crunching numbers and poring over low-res maps of the world compelling. Of course, no one expects Lion to try, so the second half of the film gets bogged down in surface-level character explorations and montages of Saroo being at wit’s end.

It’s no one’s fault, really; a movie about a guy learning to use Google Maps wouldn’t be much better, and the film does eventually reach a satisfying catharsis, but it loses a lot of momentum cycling through Saroo’s fight with his girlfriend, fight with his mom and fight with his brother, followed by a montage of him by the beach, another fight with his girlfriend, etc., all of which is scored with omnipresent yogurt commercial music. This is where Lion most resembles an absurdly long and unwieldy rough-cut of the trailer, taking shortcuts to emotion that considerably lessen the film’s impact.

Patel, Mara and the rest of the cast all do fine work, but they’re often not given as much to work with as you’d hope. Saroo’s life from ages, say, six to 25 are completely skipped, making his search feel more like a sudden realization and less like two decades of the past weighing on him. Similarly, the relationship between Saroo and the troubled, grown Mantosh is particularly glossed over in the film, robbing those scenes of their emotional potential.

Brierly’s story is incredible and, from everything I’ve read about it, very little of Lion is sensationalized as one would assume from such a story. It does join the ranks of the innumerable films based on a true story that gain or lose nothing from being fictionalized except wider exposure of a larger-than-life story. It’s unfortunate that a story that feels so inherently cinematic in its breadth and scope on paper would prove to find its biggest flaw in the filmed form, but Lion remains a better-than-average drama in spite of its shortcomings. ■