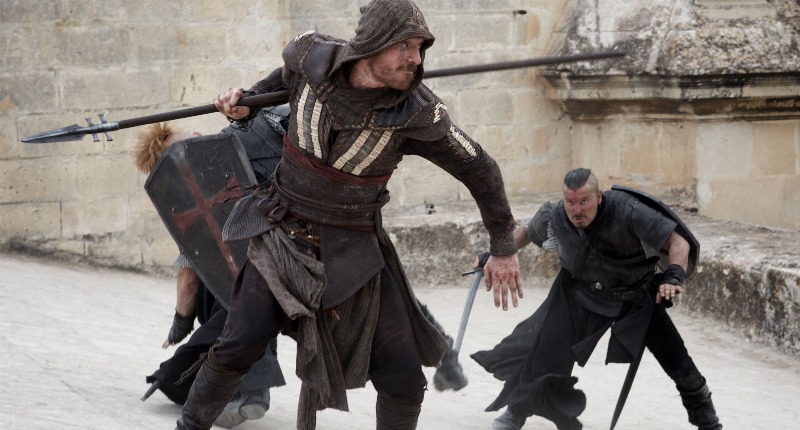 My only knowledge of the Assassin’s Creed videogame comes from a 30-second snippet of a Judd Apatow movie where the characters are playing it in the background. Suffice to say, I’m somewhere down at the bottom of the long list of target audiences for its big-screen adaptation.

It’s not rare that I find myself lost at the beginning of a franchise film like this one, which throw so much context and information at the viewer from the very beginning that you typically spend the first 20 or 30 minutes in a disorienting haze until, finally, the narrative clicks into place.

That never happens with Justin Kurzel’s Assassin’s Creed. I spent the entire film in a haze, never sure what anyone’s motivations were, which on-screen action was real and which was a simulation and what exactly most of the characters represented to our protagonist. Part of that, I imagine, is by design; the film focuses on a protagonist who’s confused and alienated throughout, and the scattershot nature of the information equates the viewer with the protagonist — as it would a video game. Still, there are more pleasant ways to spend two hours than in total confusion (sometimes, admittedly, shaken up by sensory saturation).

Callum Lynch (Michael Fassbender) is a career criminal who winds up on death row for murder. After his lethal injection, however, he wakes up not surrounded by the flames of hell but in the care of Sophia Rikkin (Marion Cotillard), a scientist and employee of a large corporation dedicated to none other than the betterment of humankind through the elimination of violence.

You see, 500-odd years ago, it was discovered that a metal apple contained the secret to free will. Whoever cracked its code had the power to eliminate free will and, ostensibly, extinguish the seeds of violence, which an ancient order of Templar Knights deemed were born out of free will. The problem is, no one has known where said apple has been for the last 500 years, though Rikkin has tracked it to an ancient Spanish assassin named Aguilar de Nerha. Lynch happens to be the last living descendant of de Nerha’s bloodline, and they can use that to access de Nerha’s memories and figure out where that damned apple went. 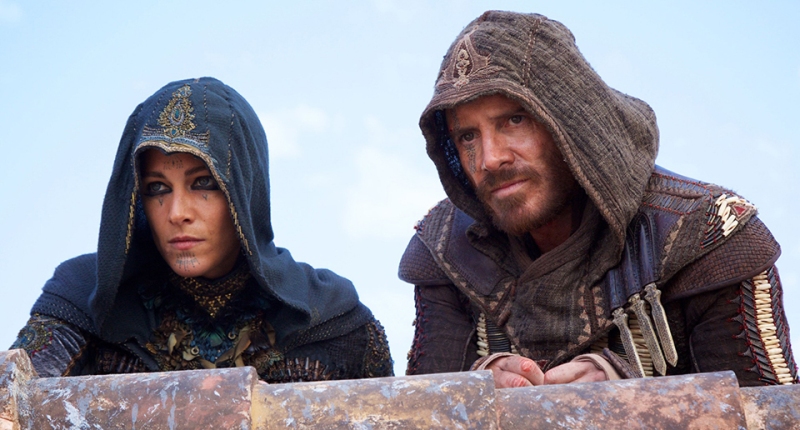 There’s a certain meta element to the fact that this videogame adaptation revolves around watching a guy play a simulation, though that meta aspect was also present in the game. While it certainly sounds like it would make the film more interesting, it only serves to cloud a narrative that’s already way more confusing and dense than “find the apple” should be.

The script never does a particularly great job at establishing stakes – we’re pretty sure that the future of mankind is in Lynch’s hands, but we’re also pretty sure that whatever he’s doing back in the Spanish Inquisition is based around memories that he can’t actually control. (I mean, I don’t know; he’s tapping into memories that presumably already existed, but he’s also jumping around and kicking dudes in the face pretty consistently.)

So Assassin’s Creed is mostly nonsense, but it’s certainly well put together nonsense. Kurzel is best known for the stark Australian serial killer film Snowtown Murders and the recent adaptation of Macbeth that also starred Fassbender and Cotillard. While small indie directors being given the keys to the kingdom is becoming increasingly more common, few have done it with more panache than Kurzel. The action scenes are actually quite compelling and well-shot, eschewing the usual handheld gobbledygook in favour of pretty decent choreography (alas, none of the people doing the fighting here are actual martial artists, so Kurzel is forced to edit around that a fair bit). The sequences set in the Inquisition have a dusty, Spaghetti Western feel that stands pretty alone in the landscape of steely grey-blue blockbusters — though, admittedly, Fassbender does all of his shirtless pirouetting in a concrete, grey-blue facility. It’s the rare ramshackle incomprehensible blockbuster that kept my attention in spite of the fact that I truly had no idea what I was watching, and for that it deserves some sort of commendation.

I suppose the most surprising thing about Assassin’s Creed is that it managed to attract a pedigree of significantly higher brow than any other video game adaptation in the past; Fassbender’s been attached to the project from the get-go (he even produced the thing), and he’s managed to attract Jeremy Irons, Charlotte Rampling, Michael K. Williams, Brendan Gleeson and Ariane Labed (from Yorgos Lanthimos’s Alps and The Lobster) in supporting roles. They’re not given much to do, generally speaking, but the fact that these actors (not the kind to take blind paycheque gigs – Irons notwithstanding) were willing is strange — especially that an actor as talented as Fassbender was somehow this attracted to a role that mostly requires glowering and shirtless acrobatics.

It would suggest the first arthouse attempt at a videogame adaptation yet, but the final product resembles less a hybrid of art film and blockbuster and more of a bizarre collective hallucination, where everyone working on the thing is so convinced that they’ve nailed this otherwise un-nailable genre that they deliver a polished, inscrutable film.

One of the unfortunate by-products of this great glut of blockbusters we find ourselves facing is that they’re almost always collective, made-by-committee affairs with little in the way of idiosyncratic personality. Assassin’s Creed is not that; it’s a lot of things, many of them bad, but it’s far from the worst and most generic version of that movie we could’ve ended up with. ■