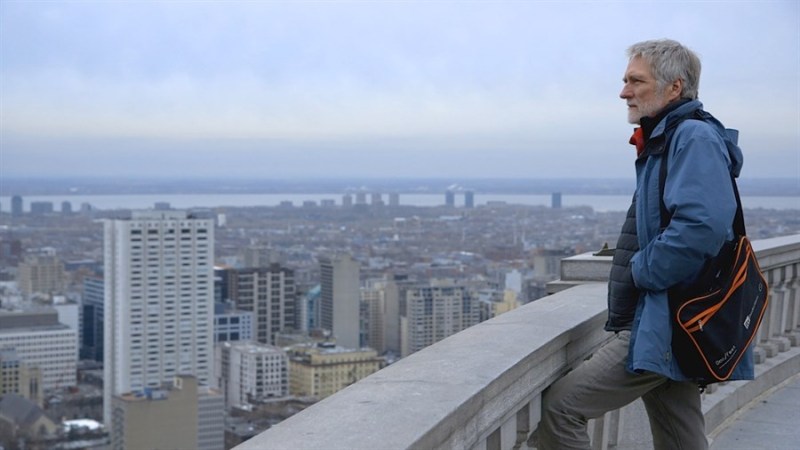 One of the things that RIDM does exceedingly well is redefine what we as audiences expect from the concept of the documentary. We’re told that documentaries are non-fiction, but they’re never purely truth; we’re told that documentaries have a purpose of educating and presenting objectivity, but we know full well that that’s more or less impossible. John Walker’s Quebec My Country Mon Pays presents itself primarily as a personal essay about the two solitudes and the place of anglo Quebecers in the social fabric — or at least I think that’s what I wanted from it.

Being bilingual (where my mother tongue is French but living the majority of my personal and professional life in English) and too young to have lived through the Quiet Revolution, 1980 referendum and other major events of the struggle, I’ve only ever lived with them as documents. In that respect, much of what Walker explores in the film feels repetitive to me, as the film mainly explores the idea from the perspective of baby boomers as so many other films have before.

This is of course understandable given that Walker was born in the early 1950s, but I found the strand that runs through the film — following a 25-year-old coming to terms with her Québécois identity — much more relevant to my life. That’s not to say that the film isn’t interesting or has nothing to say; Walker’s observations of the way his immediate family is directly affected by the two solitudes are interesting, but the time he spends rehashing broader ideas and historical events with figures like Jacques Godbout and Denys Arcand just seem like reheated leftovers at this point.

That said, the film is remarkably thorough despite a trim 90-minute runtime, and I can see it having great potential for exportability in other territories where this same unwinnable debate isn’t a daily preoccupation. (Alex Rose) 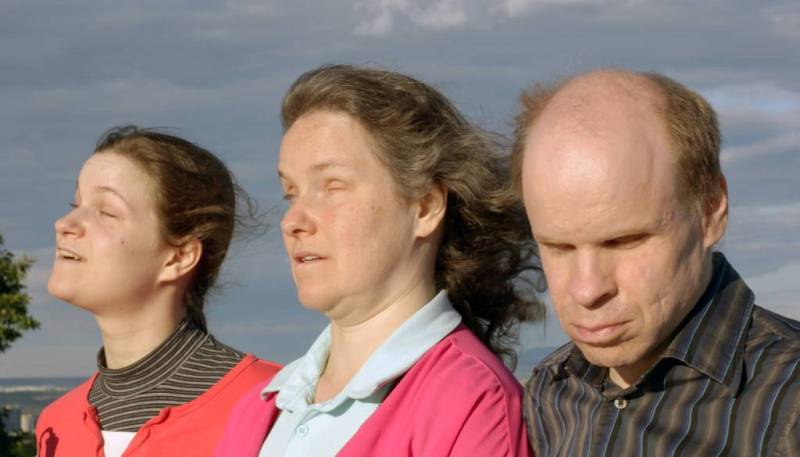 The Hartings will be familiar to most Montrealers, though maybe not by name. Most of us have encountered the blind family who sings in the metro (most often at Lionel-Groulx, in my experience) and wondered about them — I remember at least one short student doc about them being made by a classmate when I was in film school.

Carlo Guillermo Proto turns his camera towards this unusual family still reeling from the death of their youngest son Hassan, who drowned during a day camp outing at the age of six. Both Denis and his wife Peggy seek solace in the esoteric, attending seminars on the work of Russian healer Grigori Grabovoy where they begin to have increasing faith in the idea of their deceased son Hassan coming back to life.

About halfway through Resurrecting Hassan, something happens that severely reroutes what I assume Proto’s plans may have been. The focus changes so sharply and permanently that the film finds itself without much of a thesis. It’s one of the great wonders of documentary filmmaking that you can always expect to capture something unexpected, but the “twist” here is the kind of thing that could jeopardize an entire film. (I’d rather not say what actually happens as it has been left out of all the press for the film, but it’s a real corker if you consider the first half of the movie is chiefly about grief and the metaphysical possibilities of resurrection.) It gives the film a particular fly-on-the-wall quality but admittedly throws the focus way off, resulting in an interesting but scattershot documentary — through no fault of the director’s. (Alex Rose) 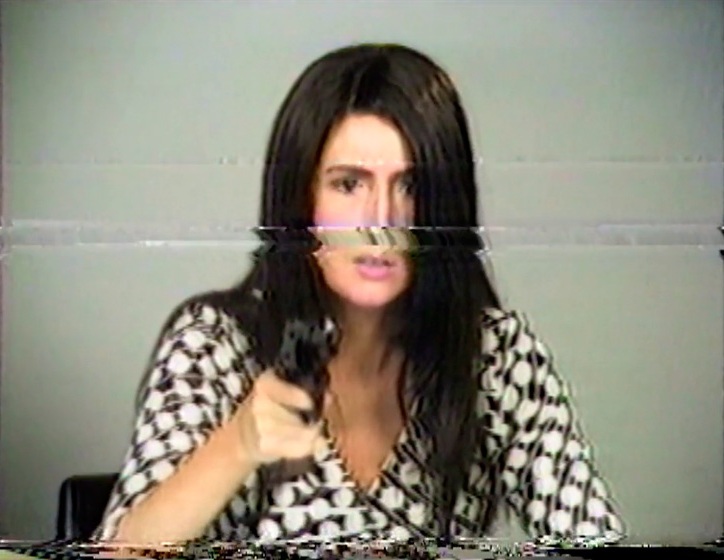 If Dark Night seemed like a stretch for a documentary festival, Kate Plays Christine is positively mind-bending: it’s both clearly more appropriate and clearly even more “fake,” whatever that means in this situation. It’s a making-of documentary for a film that doesn’t exist, an investigative documentary where everyone may very well be acting all of the time and a one-woman-show where the seams are constantly showing. The film follows actress Kate Lyn Sheil as she researches the role of Christine Chubbuck for her performance in an upcoming film; Chubbuck exists now mostly as a depressing historical footnote as the Florida-based newscaster who committed suicide on live TV in 1973.

Truthfully, if you want the full scoop on Chubbuck’s life, you’d be better served by Antonio Campos’ “fully-fictional” Christine, which is out on Nov. 25. It’s not because Kate Plays Christine is necessarily playing loose with the facts, but more that it becomes increasingly clear that director Robert Greene is more interested in playing with the notions of performance and veracity that are inherent with both documentary and narrative filmmaking. Sheil presumably accepted the role knowing full well that there was no “movie about Chubbuck” she was making, and only the documentary Kate Plays Christine — which in turn suggests that no moment of this film is “honest” in that respect… and that all of it is a performance.

Of course, anyone interviewed in any documentary is putting forth some amount of performance. If there’s no knowing how people would really be talking and reacting if a camera wasn’t on them, then any and all documentary filmmaking is performative to some degree. All of this proves to be the most interesting stuff in Kate Plays Christine; those more interested in the factual nitty-gritty can throw themselves onto the more conventional film starring Rebecca Hall instead. (Alex Rose)

The latest film from Chinese director Wang Bing, Ta’ang, documents refugee life, and it is the antithesis to anything you have seen on news media about the perils of life in refugee camps.  The decades-long conflict between Myanmar government forces and the rebel militias who are fighting to establish their own independent state figures very little in the film. The somber reality of violence hangs in the air, abstract and nebulous, while Wang Bing chooses to capture the persistent role of boredom, fear, anxiety and hunger that reigns supreme in the lives of the people displaced by the conflict.

Wang Bing is rigorously non-didactic; he is solely focused on documenting the unfolding narratives in the lives of the refugees. With this observational, non-participatory approach, he invites the viewer to bear witness without aligning to any one side – the conflict itself is an irrelevant absurdity. This approach is disorienting, as audiences are so used to being guided through narratives of oppression and injustice with well-established tropes. For example, hope is, in so many cases, almost synonymous with the depiction of a UN aid worker on the scene, exasperated, frustrated but signifying nonetheless the established order of things. Wang Bing  presents hope on quite a different scale. It is in the light step of children playing and laughing, unconcerned with their predicament. It is evidenced in the co-dependence of a community working together to alleviate their difficult time. As a result, Ta’ang communicates a universality rather than an exceptionality, and it does so with the power of a foundation myth. (Vitalyi Bulychev)