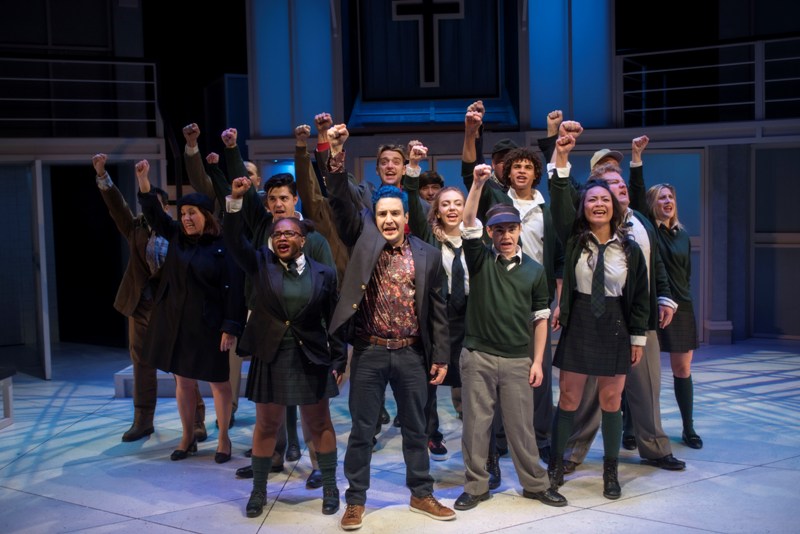 In his last year of school, Marc Hall became famous.

All the teen had wanted to do was bring his boyfriend to prom, but because he attended a Catholic high school in Oshawa, Ontario, his principal said no. What followed was a public battle with the school board in front of TV cameras. This was in 2002, a few years before legalized gay marriage, so the media attention was laser-focused.

It didn’t hurt that Hall was also cute, well-spoken and had electric blue hair.

The verdict from the judge came in hours before prom was to start, and the 17-year-old held one final press scrum in a white tux before getting into a limo — his boyfriend on this arm. The media exposure was intense (a news helicopter trailed Hall’s limo to the dance) and it continued after graduation: footage from the battle went towards a documentary, Prom Wars, while a made-for-TV movie aired two years later, all with Hall’s blessings.

But Hall quietly moved on, going to university and picking up a master’s degree in cognitive neuroscience in the U.K. He sometimes speaks to students and future teachers about gay rights. Then, a couple of years ago, he got a call from the two producers from the TV project. Kent Staines and Mary Young Leckie felt there was another way to tell the story, in possibly the most LGBT-friendly of mediums: a musical.

“My mind was just blown,” Hall recalled over the phone from Alberta, where he now lives and works at the University of Calgary. “Hopefully, it will empower new generations.”

Prom Queen: The Musical hads its world premiere at the Segal Centre last week, with a Canadian 18-member cast (led by Alessandro Costantini) and production team. Producer Staines wrote the story, with Toronto-based songwriting team Colleen Dauncey and Akiva Romer-Segal providing the music and lyrics, respectively. The choreography is by Sean Cheesman, the Calgary-raised dancer who’s made appearances on both the U.S. and Canadian So You Think You Can Dance shows as a judge and choreographer. 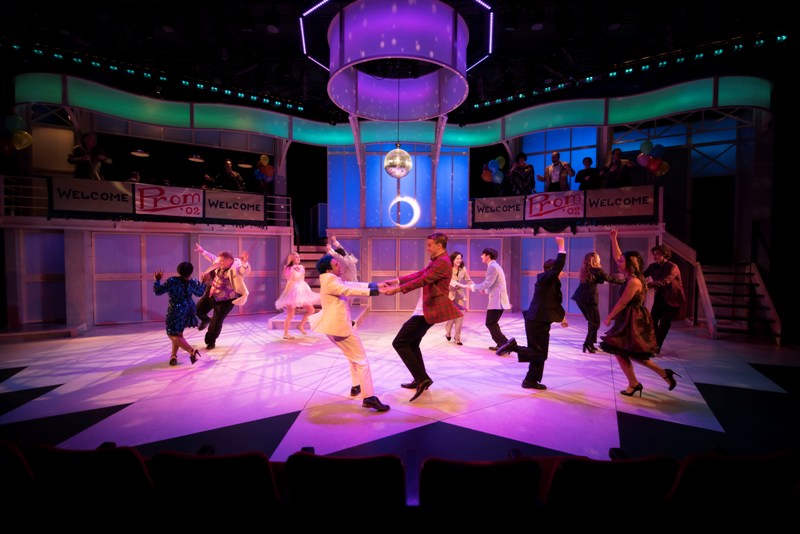 Hall has seen a glimpse of the show at a preview in Toronto. “It’s a musical, it’s fun. But it still tells a serious story of being true to yourself and fighting discrimination.”

One scene, where the school board holds a meeting, stood out.

“That was a very intense moment in the entire thing, and it took me back and made me emotional.”

While the public prom battle was a stressful time, Hall remembered people of all ages reaching out to him in solidarity — including a 13-year-old struggling to come out of the closet.

Hall spent a few hours on the phone with the boy, who later called back to say he had come out. “After that happened, I was like, you know what — I’m totally doing the right thing.”

Hall is a longtime fan of musicals — he loves Chicago and recently saw Newsies. He will be at the Segal premiere, likely with his mother as his date. As for his famous blue hair, Hall’s locks are currently black, but he’s planning a throwback to the azure hue, just for Montreal. ■