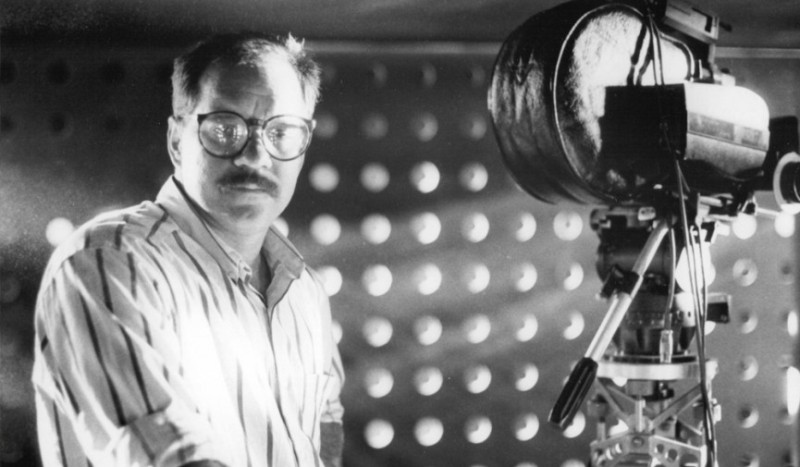 There are lots of appropriate descriptors for filmmaker Paul Schrader — maverick, shit-disturber, genius, provocateur and so on — but the one that might be most appropriate is fighter.

At 70, the screenwriter-turned-filmmaker has touched upon nearly every conceivable genre, worked with figures as disparate as Philip Glass, Lindsay Lohan, Dave Grohl, George C. Scott, Martin Scorsese, Tom Arnold, David Bowie, James Dean, Lauren Bacall, Richard Pryor and Michael J. Fox, made films that are stone-cold classics and others that have seemingly disappeared into the ether.

The last few years have been more complicated for Schrader as studios increasingly move away from mid-budget auterist work to enormous tentpoles. His last film, the Nicolas Cage-starring thriller Dying of the Light, was re-edited against his wishes by the film’s financiers — a fate Schrader had already suffered when the 2005 film Dominion: A Prequel to the Exorcist was entirely re-shot by another filmmaker.

Suffice to say that Schrader does things his way, and fights very hard to do so. He’s an iconoclast, and it was probably not a coincidence that he was running all of his TIFF interviews from a basement Greek restaurant rather than the hotel suites favoured by most people. Schrader was in Toronto to promote his latest film, the go-for-broke crime thriller Dog Eat Dog, in which three career criminals (Nicolas Cage, Willem Dafoe and Christopher Matthew Cook) accept a job from Grecco the Greek (Schrader himself, in his acting debut) that involves kidnapping a baby as one last heist. Despite being career criminals, our three protagonists are rather splendidly incompetent, and the plan immediately goes off the rails in a spectacular fashion.

“I’ve made some reputable pictures — this isn’t one of them,” deadpans Schrader. 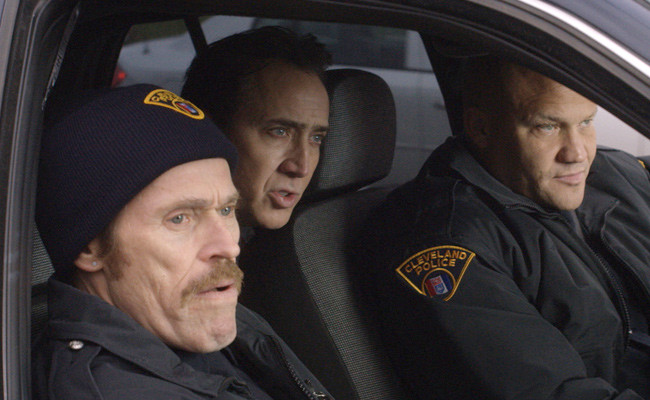 He’s not wrong. Dog Eat Dog is a lot of things — violent, in poor taste, stylistically volatile (let’s say) — but it never, ever stops going for broke, and there’s not much room for anything reputable within all of that. For Schrader, that was the point from the beginning. The quasi-entirety of his production team was made up of people who were working on their very first film, for one.

“I didn’t want people who would think out of the box; I wanted people who were out of the box,” says Schrader. He hands me his phone; I see a picture of Schrader sitting at a table with a handful of people who all look in their mid-20s. “We met at a diner every couple of weeks over the summer. Those are my department heads. I’ve made enough films that I know everyone’s job. I don’t need someone with a whole lot of credits and also, the nature of filmmaking has changed so much now. What I really wanted was people who would just be free to anything, who didn’t understand the concept of ‘you can’t do that.’”

The film’s relatively tight budget and its director’s everything-but-the-kitchen-sink approach to the material also meant the film has some stylistic flourishes that one might not expect from a Paul Schrader film, like the shot that takes the perspective of a bullet fired from a gun.

“I’ll tell you how that happened,” says Schrader. “I wanted to pre-viz the violence, because I didn’t want to shoot anything that wasn’t on-screen. Pre-visualization would’ve cost $100,000 — I didn’t have it. But a former assistant of mine is the head of the Cleveland Institute of the Arts. I was having dinner with him and he was telling me about some of the classes they teach, including a class in game development. I said, ‘Game development? That’s like pre-viz, right?’ (laughs) I told him my plan: I’ll teach a class, you give me six students and they will do my pre-viz. You give them class credit, I give them screen credit and I get the pre-viz. That shot came from the CIA students! None of these kids were involved in films, they were involved in video games. That was their world!”

The film reunites Schrader with Cage after the torturous experience of making Dying of the Light, a film that both of them (alongside Cage’s co-star, the late Anton Yelchin) actively protested the release of in its compromised form. “That’s why this film exists,” says Schrader. “Nic and I wanted a form of redemption. We wanted to prove that we weren’t irresponsible, we weren’t crazy. We could make a film that people would see. (…) One of the problems I had once Nic agreed to do the film is that I then had to get out of Nic Cage VOD jail, because he makes all these films. And the way to do that was to make Mad Dog’s (ed: Willem Dafoe’s) role big — give him that big opening, give him that big monologue. Put the team from Wild at Heart back together! That was the plan — not to make a Nic Cage film of the month!”

Schrader has a handful of scenes as the mysterious mobster/go-between Grecco — a rather late addition to his CV considering he’s been in the business over 40 years. “I always resisted, very much intentionally,” he says. “I never wanted to do that. I had asked a number of people, I couldn’t get anybody… And then, the money was so goddamn tight that I realized that even if somebody like Nick Nolte agreed to do it for a day, we couldn’t afford to pay him! We couldn’t afford to fly him! We couldn’t afford his hotel room! Nic started saying I had to do it. I started thinking I had to get somebody local, so I auditioned some local people… and they just weren’t very interesting. So I started thinking that maybe I’d be bad, but at least I’d be interesting. And that’s part of my mantra: never be boring. Even if I gave a bad performance as a director, I wouldn’t be boring.”

“One of the reasons I’d never been in a film is that I felt I wouldn’t like myself and then cut myself out of the film,” he continues. “I had this conversation with Marty on Taxi Driver. When the actor George Memmoli got sick, Marty said that he was gonna play that role. And I pleaded not to! I said ‘You’re gonna see yourself on-screen and you’re not gonna like it, you’re gonna cut the scene and I like the scene!’ Well, I was wrong. He saw himself on-screen, he really liked it (laughs) and he played the scene full-length!”

Although the film had not made its official Midnight Madness premiere when I spoke to Schrader, it had already screened for critics — and created a pretty sharp divide of people who either hated the graphic violence or, as Schrader had hoped, were enthralled by it. (The opening scene has Dafoe’s character brutally murdering a woman and her tween daughter — it is played, if not exactly for laughs, with some grotesque relish.)

I asked Schrader if, after a career steeped in controversy, he worried about people turning on Dog Eat Dog. “No, it’s that kind of film!” he says. “All the people who wouldn’t like the film, we’ll have driven them out by the opening scene!” ■