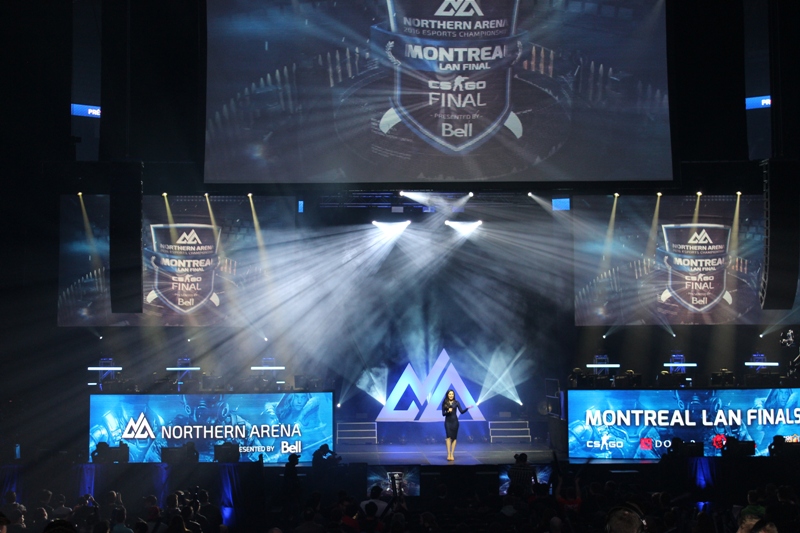 “This is my career,” says Cédric ‘RpK’ Guipouy, a professional eSports player from France, “I never thought I’d be doing this.”

This sentiment echoed across the Bell Centre on Sunday, Nov. 13 as the venue played host to its first eSports event, Northern Arena. From players to organizers, everyone seemed to be living a waking dream.

“It’s a nice surprise,” says Carl-Edwin Michel, CEO of the event’s organizer, the Canadian League of Gamers. “I like to compare eSports to two things,” he says, “a hockey game and a rock concert. It’s sound and lights, with big screens. At the same time, you have people competing.” Winners of the two main gaming tournaments, Dota 2 and Counter-Strike: Global Offensive, get $48,000 and $50,000, respectively.

When the lights went down, and all eyes gazed towards screens around the venue. Players took the stage and sat behind computers. A curved display facing the crowd showed a video feed of each players face. Above them, each player’s real-time statistics were displayed. A main screen hung between the two, showing gameplay as it unfolded, jumping from the perspective of one player to another.  The voices of colour commentators blasted over loud speakers as the event began.

First up was Dota 2, a multiplayer online battle arena (MOBA), where each player takes control of a fantasy-inspired creature from a top-down perspective. The two teams of five attempted to destroy their opponents’ home base using brute strength and magical attacks. One base was a lush forest, the other a dark wasteland.

The game was a tug of war, with teams offensively pushing into each other’s territory, back and forth. The battle was cheered on not only by several hundred people in the arena, but also by over 50,000 online viewers. NP had the crowd on their side, chanting “Let’s go NP, let’s go!” The Bell Centre’s thin screens, which normally light up for hockey goals, flashed “DOMINATING.” Suddenly, Wings bowled over NP in a quick reversal of fortunes, carrying the round. Round two started off much the same, with Wings ultimately showing their skill. They sweep the home country heroes, crowning themselves champions of the day.

The crowd filled only about a quarter of the arena at its peak, but the excitement was palpable. “It’s fun to encourage competitive matches here in Montreal,” says Gabriel Gagnon, a local spectator who has travelled to New York for a similar event.  “I hope this continues, and that more people come participate.” Callum Antosk has been an online spectator before, but travelled from Ontario to witness Northern Arena. “It’s completely different in person,” he says. 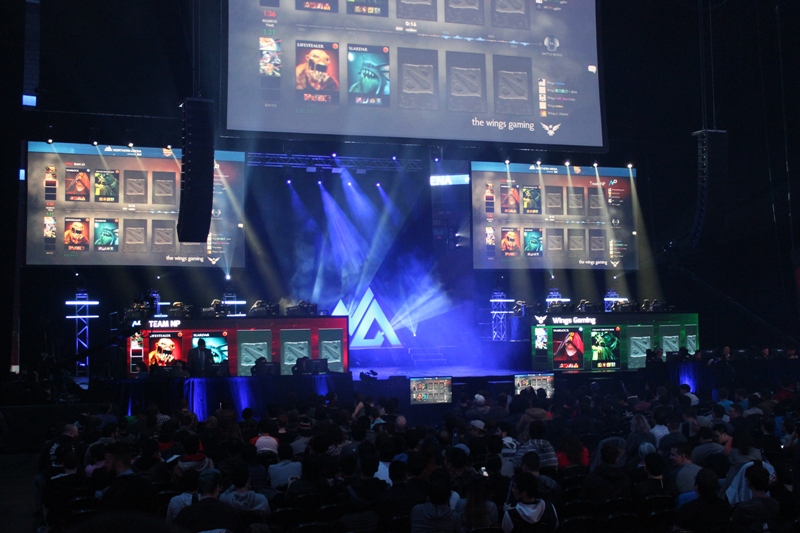 Two hours later, the final event of the night began. Guipouy’s French G2 eSports faced North America’s Optic Gaming in Counter-Strike: Global Offensive. The game is a first-person shooter where one team of five attempts to plant a bomb, while the other tries to thwart them. The first team to win 16 rounds wins the game, and the first to win two games wins the prize money.

Players move tactically across the realistic ruins of a European castle, trading precise pistol shots and sprays of machine gun fire. The two teams seemed evenly matched. G2 took the early lead, winning the first game, but a string of bad moves costs them the second. Nearing midnight, the crowd thinned, yet the opposing chants for each team still echoed. Optic took the lead in game three and never looked back, going on to carry the night.

Northern Arena is likely not the last tournament of its kind to grace the city. “Our goal is to make it grow here at home, in Canada and Quebec,” says Carl-Edwin Michel. Local fans can look forward to what seems like a bright future for eSports, as plans are already in motion to bring the event back next year. ■