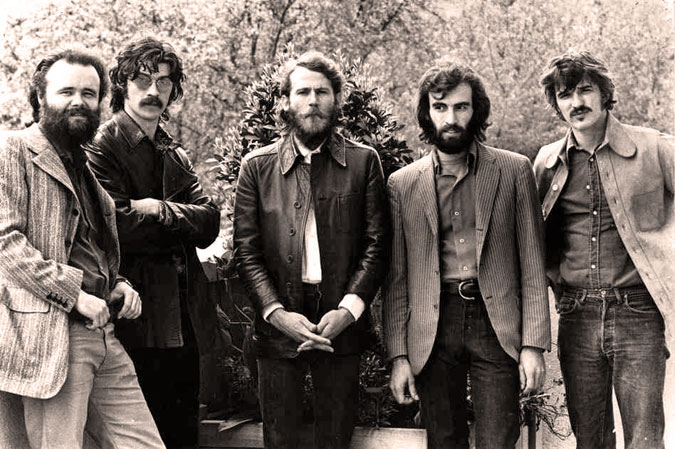 How did four guys from Ontario in the 1960’s end up laying the foundation for what’s come to be known as Americana? It sounds impossible and yet that’s what “the Band” did.

At a time where major record labels bragged that their bands were anti-establishment, these guys were playing roots music, with influences from blues legend Sonny Boy Williams to country hero George Jones. But the hippies and their Up Against the Wall Motherfucker values ruled day, and yet in the words of Hunter S. Thompson, “The very society they were trying to drop out of began to idealize them.”

It was amidst this hurly burly backdrop that a group of soft-spoken Canadians (along with an American from Arkansas) were writing some of the most enduring songs of their generation. “The Weight,” “Cripple Creek,” “The Night they Drove Old Dixie Down” are just a few of the classics they recorded during their 16 years together — a tumultuous ride that saw them get booed as Dylan’s band went he went electric, achieve dizzying heights on their own and end their career with the now legendary show, The Last Waltz.

Never has a band played their last show with such majestic finality, and one of the greatest American filmmakers of the era — Martin Scorsese — was there to capture it. Bob Dylan, Neil Young, Joni Mitchell, Van Morrison, Muddy Waters, and many other colossal names all showed up to play and honour the Band. Now, 40 years later to the day, Montreal’s Billy Bob Productions is going to celebrate this monumental event in rock history with an epic show of their own. 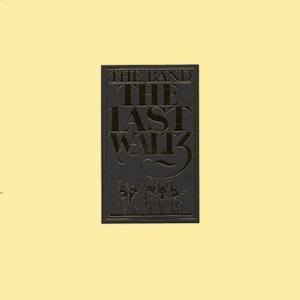 Mitch Melnick, one of the show’s promoters, explains how the nine-act show is going to go down. “It’s going to be incredible. There’s going to be stuff going on that I’m not even aware of, and I’m putting this together.” Mitch has every reason to be excited as the line-up includes such stalwarts as Arcade Fire’s Tim Kingsbury (who will be putting together a group along with Howard Bilerman), Matt Mays, Angela Desveaux and a host of others. One of the musicians also performing is Montreal’s Shane Murphy, who is looking forward to seeing John Jacob Magistery. “I’m also huge fan of Johnny Griffin, he’s an extraordinary talent.”

One of the reasons this show is so fascinating is that it’s a group of musicians coming together to celebrate a legacy, much in the same way as the The Last Waltz was the Band’s ode to an era of bygone music. In that spirit, egos are checked at the door and good times and daring to stray from the script is guaranteed. At their peak, that is exactly what the Band was all about, when the sum was far greater than its parts. Melnick, who once shared drinks with the Band’s drummer Levon Helm, reflects on guitar player and key lyricist Robbie Robertson, “Without knowing anything about Robbie, I always liked him. He was a good-looking dude, a guitar god; he was smart, his biological father was a Jewish gangster, you know, he’s like a tough Jew. As a lower middle-class Jew growing up in Montreal, for me it was like, wow, what world is that? I wish I could join it.”

Dan Moscovitch, who’ll also be playing that night, adds his view from the drummer’s chair: “I deeply identify with Levon. The way he plays, giving licence for a drummer to sing, and do more than just drum. Even when I was a kid, it made me realize I don’t have to be a drummer who just sits and takes orders, I can be an active member of the group.”

Murphy identifies most with the Richard Manuel, pianist and in many ways the soul of the Band. “The defining moment for me in The Last Waltz (film), is when Richard Manuel is on the couch, he’s talking about calling their band the Crackers, going on about ‘the Marshmallow Overcoats,’ and you just see that this guy is on the edge. At one point they cut back to him, and he says, ‘I just want to break even,’ and I didn’t really get it as a kid, but then you go through a bit of a rough time yourself and you watch the movie again and it gets you. They are human beings who gave so much.”

Indeed, the Band transcended the traditional view of a rock band. They were so much more than just great songs and beautiful harmonies; they were the very essence of nostalgia. Throughout their career they harvested the best of the past, and combined with the rare trait of being comfortable with themselves in the present, they created something totally new in the process. Next week at the Corona Theatre, Montrealers will get a chance to witness this experience live, performed by a whole new generation of musicians — something not to be missed. ■