Francis Legault’s Le goût d’un pays equates the Québécois love of maple syrup and sugar shacking with its desire to separate from Canada and become its own country. Legault latches on to the idea of the sugar shack as a purely Québécois symbol from the get-go, then casts an impossibly wide net in order to support that claim. The problem with this metaphor isn’t that it’s inaccurate, necessarily, but that Legault kind of backs into it as a foregone conclusion rather than the product of research and conversations. The film is split into two distinct parts: the first is a conversation between down-home raconteur Fred Pellerin and iconic poet/musician Gilles Vigneault, and the second follows an urbane couple and their three children as they engage in their yearly sugar shack ritual.

It’s certainly not uninteresting, and Legault is absolutely right that the sugar shack holds an almost religious place in the lives of the Québécois — but that idea is so immediately central to the film that its conversations seem more than a little repetitive and circuitous. Pellerin and Vigneault are certainly prone to poetic musings about the Québécois identity, but their conversation sometimes feels like an improv game where they must constantly reiterate the strong metaphor between maple syrup and Quebec’s independence.

Legault’s connections as a seasoned radio journalist means he gets tons of people to come in and talk about the symbolism of the sugar shack — from writer Fabien Cloutier to Senegalese ex-pat Boucar Diouf, Gazette food critic Lesley Chesterman and Vietnamese-Québécois novelist Kim Thuy (who relates her family’s first overwhelming trip to the sugar shack with a still-palpable sense of food-coma trauma) — but the film’s central thesis is so immovable that it lessens the impact of the argument.

Raise Your Arms and Twist — Documentary of NMB48 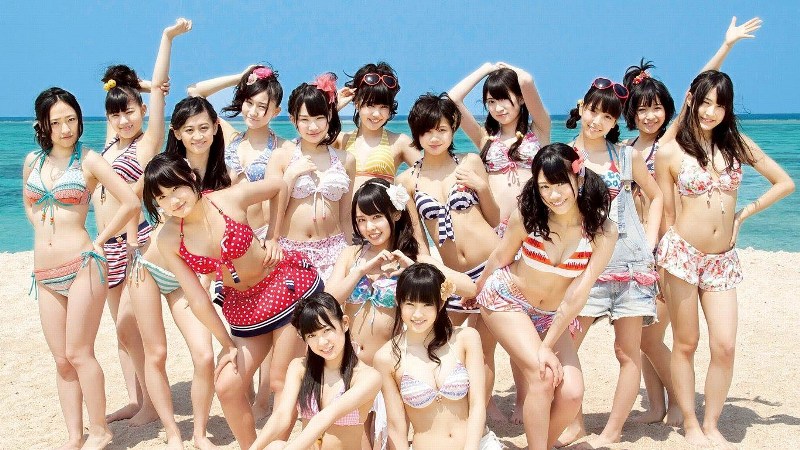 If you’re an aficionado of Japanese culture, then you might be a little bit more aware of what’s going on here than I am. Director Atsushi Funahashi takes a break from making documentaries about the 2011 tsunami and its tragic nuclear aftermath to inexplicably showcase the phenomenon of Japanese idols for two hours.

In Japan, “idols” are young and attractive manufactured pop stars, carefully packaged to be widely adored and used as marketing tools to sell a whole bunch of crap. In Raise Your Arms and Twist, Funahashi follows NMB48, one of these idol girl groups comprised of approximately a bazillion cutesy Japanese girls wearing tiny, colourful dresses and singing ridiculous songs about Nietzsche and/or being okay with having ugly boyfriends. The girls are encouraged to compete against each other and win prominent positions within the band. They’re also expected to participate in nine-hour handshake sessions where creepy older dudes slobber over them before voting for their favourites in some kind of bizarre pop idol election.

The documentary clearly targets an audience already in the know about the weird goings-on of this weird idol world. Text often flashes on the screen explaining what’s going on, how the group works and who’s who in NMB48, but you often have to decide if you’re reading that or the English subtitles because they sometimes appear at the same time. The group’s producer, Yasushi Akimoto, coincidentally serves as the film’s executive producer, which means the whole thing smells of “big fat marketing vehicle.” For example, things that aren’t addressed:  the toll this process takes on girls as young as 15, the old dudes behind the scenes pulling the strings and the old dudes who seemingly populate the majority of the group’s fan base. Things that are addressed: cute dance numbers and bikini photoshoots! Surely, this frenzied pop phenomena deserves a closer look, one more interested in exploring the unexplained and dark corners rather than simply helping you pick your favourite girl. (Roxane Hudon)