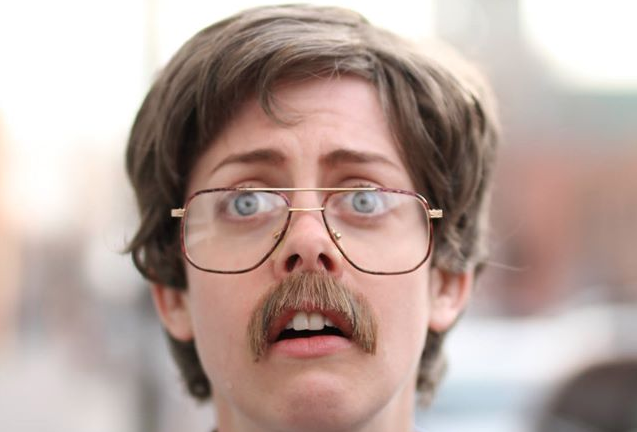 Kirsten Rasmussen in Healing from Heartbreak

In the context of ongoing land defence struggles in Standing Rock and other native lands threatened by pipeline development, a group of Montreal anti-colonial collectives have organized a weekend series of Decolonial Days, beginning this evening with short documentary screenings and discussions on the topic of resource extraction. See the weekend’s full schedule of talks, workshops and more here. 1407 Valois, 4–6 p.m., free

Join local artists Max Stein and Jen Reimer as they launch their new site-specific and online urban soundscape exhibition and accompanying publication, titled Sounding the City. The launch party for  the publication (designed by Kevin Lo) is happening at Espace POP — there will also be a digital music recording and the unveiling of the map of sites around the city where installations will be viewable until Nov. 29. 5587 Parc, 7–10 p.m., free

Théâtre Sainte Catherine offers up a stacked line-up of comedy with two shows this evening, beginning with the premiere viewing of Second City’s Kirsten Rasmussen’s new web-series Healing From Heartbreak (directed by Montreal’s Danny Belair) in an event that also includes performances by Ladies & Gentlemen and Hot Raw Fire. A second show afterwards features a trio of award-winning Canadian stand-up comics including Chris Locke, Sara Hennessey and Tom Henry. 264 Ste-Catherine E., showtimes at 8 p.m. and 10 p.m., $10 each or $15 for both