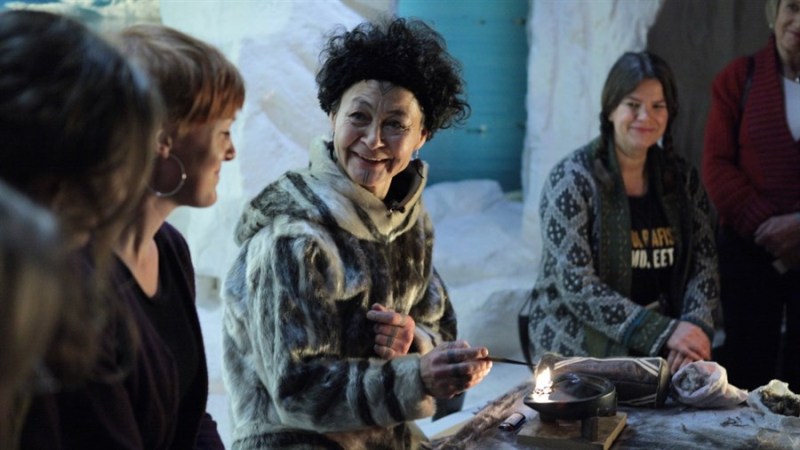 Alethea Arnaquq-Baril grew up loving the seal hunt — loving the ritual of it, loving eating the raw seal in a communal meal and loving what it meant for her as a young Inuit woman.

What she didn’t love was the attitude of the world at large, who condemned seal hunting essentially on the basis of the cuteness of the seals being killed. As time progressed, lobbying against the seal hunt intensified and put pressure on seal hunters who depend not only on the meat for food but on the commerce of seal fur as a means of income to further the hunt (selling a fur means enough gas to fill the snowmobile for a future expedition, and so on).

Arnaquq-Baril is obviously coming at this from a rather knowledgeable position, and the film does a good job balancing the purely informational and the activist nature of the doc. It’s as much about explaining to the world at large what seal hunting actually entails for an Inuit population as it is about righting the wrongs perpetrated by those who have misunderstood (or deliberately chosen to ignore) the realities at hand. Like many activist docs, it suffers from the inevitable loose ends that emerge when real life doesn’t wrap up with a nice clean bow, but Angry Inuk makes a rather powerful argument either way. 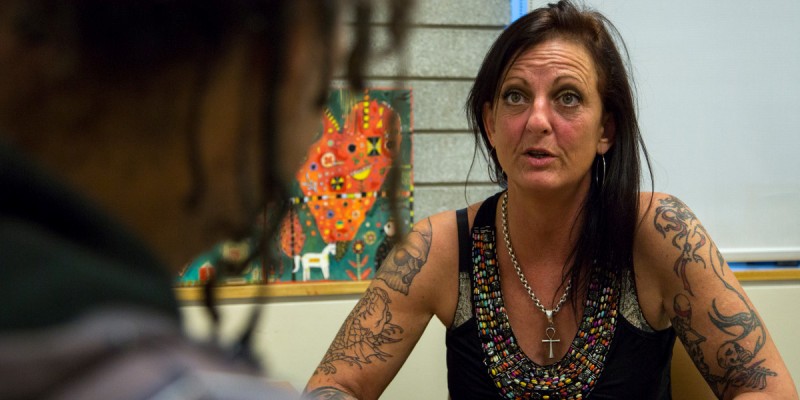 It’s more than a little depressing to consider that addiction is such a plague that there will always, always be more room for films about it. Hugh Gibson’s The Stairs isn’t particularly original in that regard. It follows a handful of recovering addicts who also work at a health centre in the Regent Park neighbourhood of Toronto. The health centre employs recovering addicts to help out current addicts by providing clean syringes, condoms and other necessary safety measures, but life as a recovering addict in that world isn’t easy. Marty is charismatic but full of anger which threatens his precarious sobriety, while Greg is a “controlled” user who weaves in and out of drug abuse as the film progress and Roxanne is a former sex worker who wants to wean herself off the prescription drugs she uses to temper her recovery from opiate addiction.

What’s perhaps most powerful about The Stairs is its refusal to adhere to any sort of redemptive narrative. As most addicts will tell you, recovery is a one-step-at-a-time deal and you never “beat” drug addiction — you will always be a recovering addict. Gibson paints a nuanced picture of these bruised and beaten souls, people with fucked-up upbringings that aren’t necessarily rendered perfect or even likeable by recovery. There’s certainly a note of hope to the whole thing, but the film avoids the kind of outsider clichés that sometimes plague films about addiction.