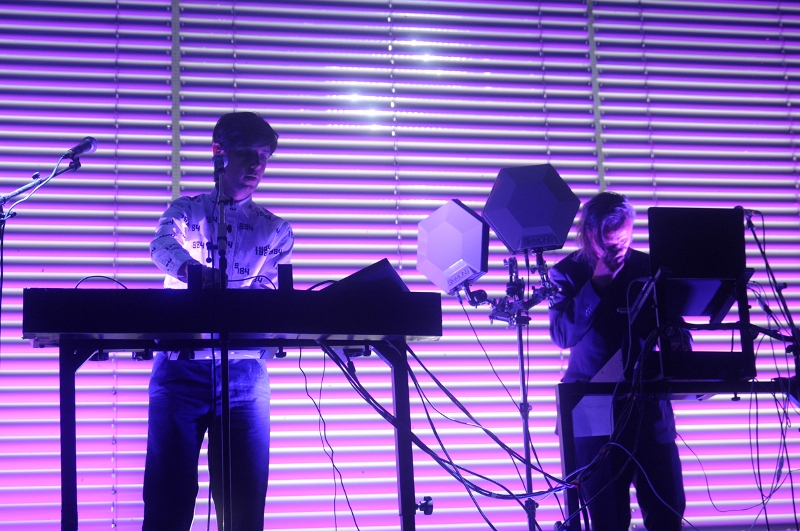 Teesri Duniya Theatre presents Carmen Aguirre’s The Refugee Hotel, an autobiographical dark comedy about “exile, love and the Canadian resettlement experience” of Chileans who came to Montreal in the 1970s. The play, directed by Paulina B. Abarca-Cantin, runs through Nov. 13. Segal Centre (5170 Cote-Ste-Catherine), 8 p.m. nightly (except for Nov. 1) with 1 p.m. matinees, $26/$18 students/$22 union/seniors

On the final day of the Red Bull Music Academy, Montreal producer, DJ and vocalist Tiga plays his No Fantasy Required live set at Théatre Berri, with openers Matias Aguayo, Iron Galaxy and Tony Dancer and a closing set by the Martinez Brothers. If you missed Tiga’s set at Ile Soniq this summer, here’s your chance to correct that. 1280 St-Denis, 9 p.m., $30

At Brasserie Beaubien, Kill Yr Idols features loads of local musicians paying tribute to a host of bands including the Ramones, the Cramps and the Strokes to raise funds for the Prisoners Correspondence Project Collective, a volunteer-run group in solidarity with LGBT prisoners in Canada and the U.S. 73 Beaubien E, 8 p.m., $5–$10/PWYC (no one turned away)

For more concert recommendations for the week ahead, see Hammer of the Mods.