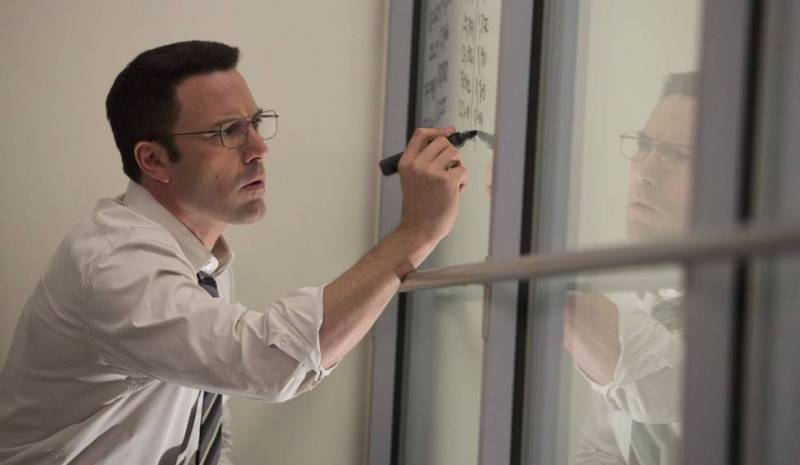 Let’s get this out of the way first: The Accountant isn’t great. It’s overwritten, it’s clunky, it’s cast in a way that makes every twist super-obvious and its final fight scene is the kind of murky night-time shoot-out that you can see in hundreds of action movies the world over every year. But let me say this: The Accountant is much, much greater than a movie with the logline “Ben Affleck is an autistic accountant who also doubles as an international money launderer and assassin” has any right to be. Somehow, writer Bill Dubuque and director Gavin O’Connor have made this premise that sounds like an SNL joke from 2003 into a pretty compelling action movie.

Christian Wolff (Ben Affleck) is a high-functioning autistic man who works as an accountant out of a strip-mall in Chicago. Extremely gifted with numbers but not great at social interactions, he lives a life of routine and solitude — or at least that’s what most people believe. Wolff’s incredible skills and his combat training (he’s the son of an army officer who put him through rigorous martial arts training for, uh, reasons) make him desirable as a money-launderer for international arms dealers, mob families and other high-rolling undesirables all around the world who pay him large sums (and Jackson Pollock paintings!) for his hard work.

All this activity puts the head of the Treasury Department’s criminal enforcement team (JK Simmons) and his reluctant (read: blackmailed) second-in-command (Cynthia Addai-Robinson) on Wolff’s tail. When Wolff is hired to track potential fraud within a robotics company headed up by a brother-and-sister team (John Lithgow and Jean Smart), he sets the gears in motion for a complicated game of cat-and-mouse that finds civilian accountant Dana Cummings (Anna Kendrick) caught in the crossfire.

With the incredible volume of backstory that needs to be delivered here, you’d think that The Accountant’s roots are in a series of novels that can only be differentiated by the various teal, purple and green tones of its paperback covers. Incredibly, The Accountant is a wholly original idea — but that doesn’t mean that, in this day and age, it can’t try for immortality via superhero trends. Wolff is, essentially, a superhero whose powers stem from a real-life disability, and the film follows very much that recipe of secret identity + troubled past + begrudging respect from the authority figure meant to bring you down + uncanny ability to do what it is they do. In fact, just by virtue of sticking to this recipe, The Accountant is a significantly better Affleck Batman film than Batman V Superman: Dawn of Justice.

It is undeniably touchy to craft an action hero who also happens to be autistic. It’s a wide and often difficult to categorize disorder, and some have already accused The Accountant of trading in stereotypes and crafting a sort of “Magical Negro” figure out of people on the spectrum. Not having any personal experience with autism, I can’t vouch for the entire world, but it seems to me like a fairly respectful and well-researched depiction of autism, especially as the film digs back into Wolff’s early life, his diagnosis and his upbringing. This is not an X-Man plucked out of thin air and given a hastily researched mutation that happens to have a real-life equivalent. 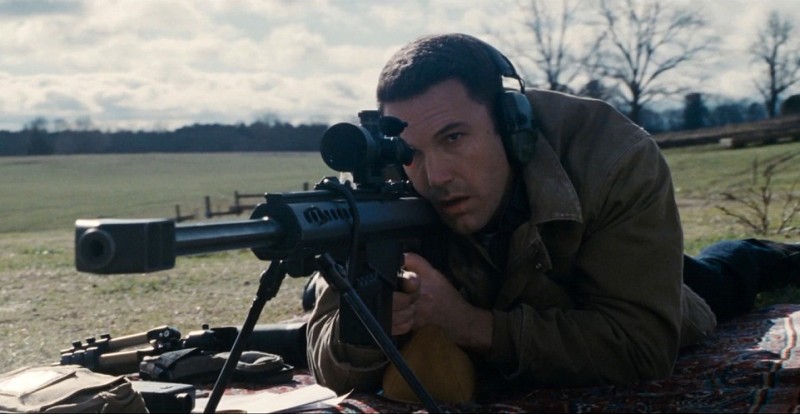 In reality, Wolff is badass and autistic, not badass because he’s autistic, though his curt social skills do make for some rather punchy (and deceptively simple) one-liners. Affleck’s rather good in the role, giving some amount of pathos and personality to something that could easily have spiralled into exaggerated monosyllabic action-hero fodder. Christian Wolff turns out to be one of the more interesting action heroes of recent years, somewhat unpredictable in the predictability of his actions and charismatic in his stiffness.

There’s a definite attempt within The Accountant to position a franchise that works as a sort of antidote to the superhero formula while also adhering closely to it — that’s where the film stumbles most violently. Its nadir is a 20-minute sequence in the second act where JK Simmons’ character essentially lays out the entirety of Wolff’s backstory — or rather fills in the blanks — in a way that’s so lazy and flabby in an otherwise tight action movie that it feels like the movie may never recover.

I feel like I’m sometimes waging a personal war against exposition, given how often I rail against it, but this is a real low point. A character who isn’t in a position to know anything (and ADMITS he doesn’t know anything) just rambles on while the film essentially fills in the blanks to what he can’t say with visual flashback. It’s a blatant and inelegant exposition dump that peeks its head out at other instances through the film but really lays it all out here. Ultimately, it kind of feels like Simmons’ entire purpose in the film is to waltz in and explain shit, which I will never stop thinking is a terrible way to tell any story.

As a first film in a potential series, The Accountant is tasked with a lot of the grunt work that’s unavoidable but unglamorous. As a film about an autistic character, it needs to walk the line between celebrating and exploiting. As an action movie released in 2016, it needs to bring both the bone-crunching action and the self-aware, detached humour. It’s a film that faces a frankly insurmountable series of compromises and comes out the other end relatively intact. It’s certainly flawed, but it’s a major studio movie in 2016 that manages to be not only entertaining and mildly intelligent within the context of setting up a potential $6-million-sequel franchise but also not particularly offensive and somewhat self-aware. I hate that everything comes with caveats and expectations and formulas and would love to see them done away with, but until then,big-budget mass-appeal movies like The Accountant are more than sufficient. ■

The Accountant opens in theatres on Friday, Oct. 15. Watch the trailer here: