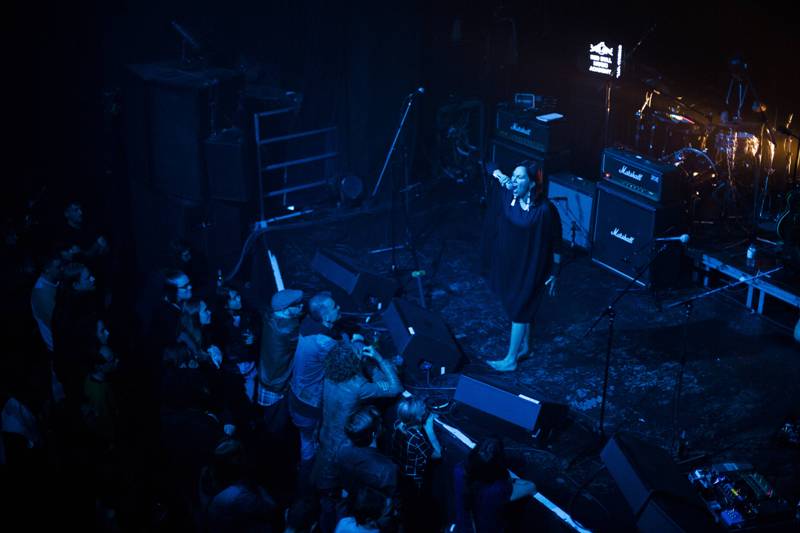 This year, Montreal served as host city for the 2016 Red Bull Music Academy. Over the course of five weeks, from Sept. 24 to Oct. 28, the academy was home to 70 promising up-and-coming musicians from all over the world, providing them with lectures, opening act slots and pretty amazing opportunities for experience and inspiration.

While the bulk of the lectures and workshops were exclusive to RBMA participants, the academy also organized nearly 30 events that were open to the public. These concerts and lectures featured world-renowned acts, sometimes at unconventional venues such as ice skating rink Atrium le 1000, former pool turned event hall Bain Mathieu, the actual Olympic pool and the Planetarium.

I had the opportunity to attend a number of RBMA events. Here is my top 5 list of the music acts I saw:

Tanya Tagaq is truly punk rock. This was established even before her second set later in the evening alongside fellow Polaris Music Prize recipients Fucked Up, but rather during her polarizing solo performance.

With her impressive, non-stop 45-minute set, Tagaq brought forth an incomparable energy, demonstrating intense amounts of passion and pain through the depths of her voice. Although her performance with Fucked Up was one for the books (an experimental piece in which their collaborative track “On Our Own” was performed live for the first time), it was more intriguing to see the Inuk throat singer hold her own against the perhaps more evidently aggressive performance approach that Fucked Up have grown to become recognized for over the years.

Once the buzzer sounded at Atrium le 1000 skating rink, marking the completion of a fresh zamboni cleaning, it was time for California DJ DâM-FunK to hit the wheels of steel for a ’70s-esque night of disco and distress.

The distress, however, had nothing to do with DâM-FunK’s musical selection, a groovy mix including hitmakers like Rick James, forgotten gems like Beaten Space Probe and hints of his own cruise-friendly production, but rather due to my lack of skating skills! Per contra, it was assuring to see RBMA performers Lunice (a 2010 alumni) and Just Blaze (a mentor at this year’s academy) struggle equally with their technique, the latter falling on his ass more than once. 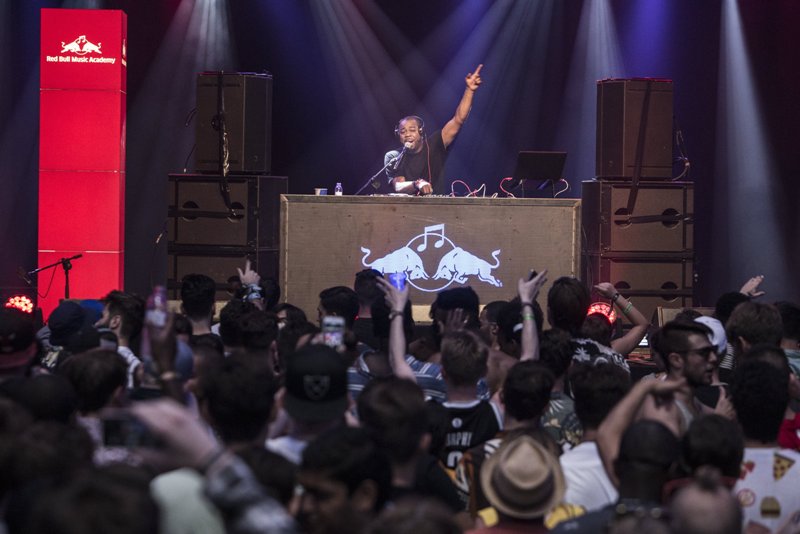 While he may have been one of the worst skaters during Dam-Funk’s time on the turntables, Just Blaze was certainly a top tier performer when it came to his RBMA show. Held on the top floor of le Cinq (formerly Club 1234), the devastatingly under-attended set — with a crowd of maybe 100 at its peak, and more like 20 towards the end — was hit-after-hit for the hip hop legend.

From his own smash singles (Jay Z’s “Public Service Announcement,” Cam’Ron’s “Oh Boy,” Joe Budden’s “Pump It Up”), to other defiant songs during his early-2000s peak (DMX’s “Party Up,” Snoop Dogg’s “Beautiful,” even Khia’s guilty pleasure, “My Neck, My Back, Lick It”), this hip hop-heavy set was redeeming for Just, following two recents Montreal sets filled with generic trap music when opening for Baauer and RL Grime.

Fresh off of a killer debut album, as well as multiple contributions to hometown hero Kaytranada’s 99.9%, Toronto’s River Tiber seemed like the perfect artist to represent the ROC at RBMA. Tiber, born Tommy Paxton-Beesley, hit the stage with all but an electric guitar, to deliver a dreamy, melodic performance.

Performing in the same room at le Cinq that Just Blaze would go on to play a couple of hours later, Tiber drew some 250 heavily engaged fans, beating out the attendance numbers of legends such as Blaze and Detroit house pioneer Gary Chandler, who was also featured on the bill. 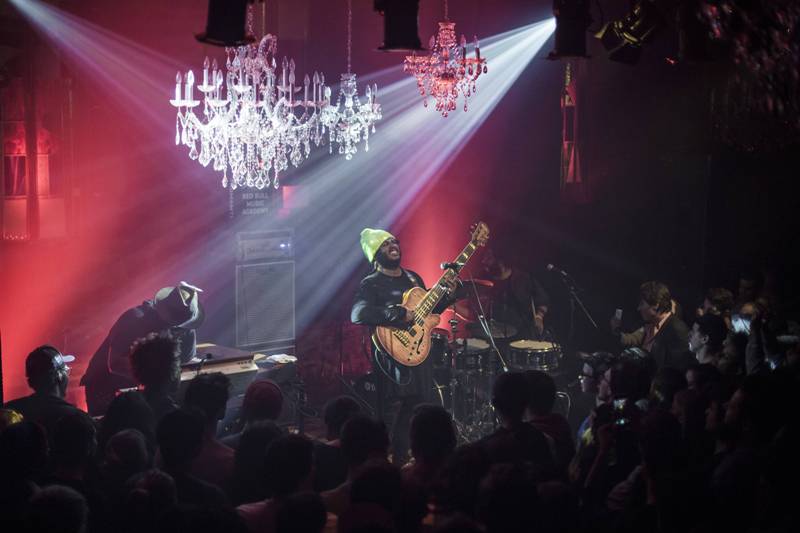 Having served as a studio team member during the second half of the academy, this notoriously funky bassist performed an hour-long set at Old Montreal’s Auberge St-Gabriel. This was undeniably the best show we saw at the academy. In contrast to his performance last September at Théâtre Fairmount (where he was pushing a new EP), this show consisted mainly of improvisation, with only Thundercat, his drummer and keyboardist — a high school friend by the name of Brandon Coleman — taking the stage.

The set featured a good range of Thundercat’s catalogue, touching upon highlights of his 2013 Apocalypse album, right up to his involvement on Kendrick Lamar’s To Pimp a Butterfly, for which he earned his first Grammy Award. Between Thundercat’s illustrious bass playing and vocals and Coleman’s P-Funk esque craziness on the keys, at often times this show felt more like an acid trip than a musical performance, in the best way possible. ■