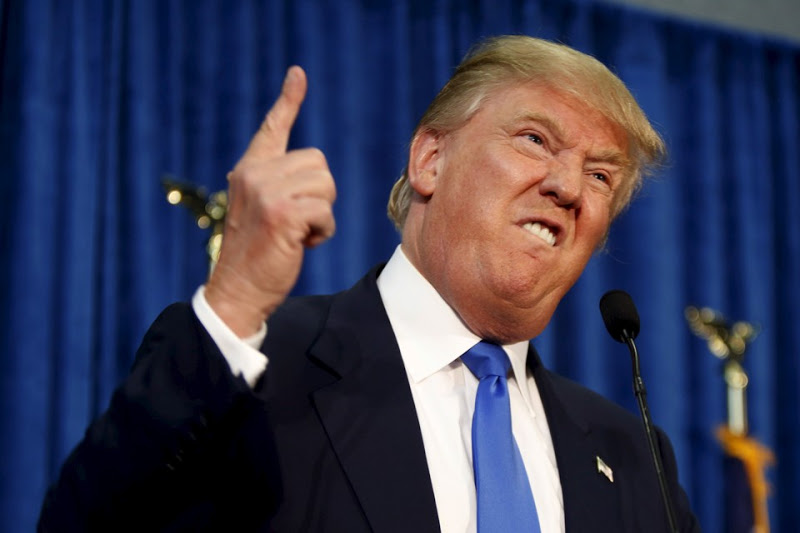 Canadians have been watching with astonishment as Donald Trump’s candidacy for U.S. president has gone from publicity stunt to horse race in less than 16 months. Although we derive some satisfaction from the fact it’s happening “over there” — in the home of the hamburger, holster and healthcare hell — it is naive to think that we are immune to the primal emotion fuelling the Trump campaign.

The voyage from Obama’s message of Hope to Trump’s petulant appeal to Make America Hate Again was unfortunately not a lengthy one. The United States has always been a society divided, a reflection of a two-party system where compromise is viewed as cancer. Despite occasional cries for bi-partisan governance, neither side wants the other to gain credit for making progress on the myriad issues facing America and the world. The famous U.S. system of checks-and-balances has created a government frozen in a legislative lock-down, reinforced by a political financing system of “cheques and bank balances” that ensures the only consensus policies that will emerge are the ones corporate America and its allies have paid for.

We try to watch this bizarre campaign with the same detachment we reserve for other American reality shows like Big Brother or Survivor. Except the last-person-standing this season will be topping our news cycles for the next four years, and the fires they could set won’t just burn down their own house, they risk setting the world ablaze with their potent accelerant of hatred and blind self-interest. 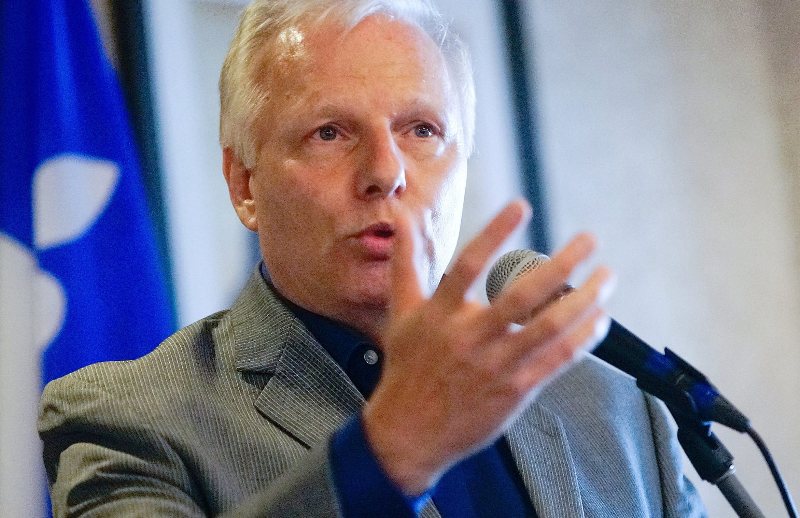 The new leader of the Parti Québécois is an ardent student of U.S politics. Former journalist Jean-François Lisée was the Washington correspondent for La Presse and l’Actualité in the 1980s and in 1990 won a Governor-General’s award for his book Dans l’œil de l’aigle (In the Eye of the Eagle) which examined U.S. attitudes toward Quebec independence.

Lisée is also the author of countless political essays, including “Nous” (2007), a treatise on relations with Quebec’s minorities, and “Le Journal de Lisée” (2014), his reflections on 18 months in power with the Pauline Marois PQ government. The latter was written as a pamphlet to help launch his first, failed, attempt to win the PQ leadership after Marois’s resignation, a contest in which he was handily defeated by media mogul Pierre Karl Péladeau. At the time, Lisée’s declaration that he would have voted against the Marois government’s controversial Charter of Values — and his insistence that PKP would have to relinquish control of his media empire if he expected to lead the party — made him both a dark horse candidate and a black sheep within the party. Former PQ veteran Louise Beaudoin even went so far as to declare Lisée’s political future in the party at an end.

“Perhaps his political career … as an independent candidate has just taken off. But the PQ as such —and knowing that party from within as I know — he must be hated as I speak.”

Beaudoin must be rolling in her own political grave now that Lisée has been elected on his second attempt at winning the PQ leadership, left vacant when Péladeau’s marital problems turned out to be a more unsurmountable obstacle than his crystal clear ethical conflicts.

But Lisée’s resurgence has come at a cost, as hard-line sovereignists within the party are upset with the new leader’s promise that if the PQ regains power, it will not hold an independence referendum in its first mandate. Despite polls showing belief in sovereignty at record lows, PQ lemmings are leaping ship to left-wing Québec solidaire and centre-left Option Nationale. Which helps explain why Lisée, who fancies himself on the vanguard of the left, has taken a sharp shift to the right when it comes to identity politics and immigration, territory where he hopes to steal votes from the right-wing Coalition Avenir Québec.

Although Lisée paints himself as a moderate, he didn’t hesitate during his leadership campaign to not-so-subtly try to tar his closest opponent as a closet sympathizer of religious extremism. He tried to link Alexandre Cloutier to Adil Charkaoui after the controversial imam tweeted last month that  “Cloutier pleads for openness and renewal while Lisée digs into the identity debate and the legacy of the (Bernard) Drainville’s Islamophobic Charter.”

Lisée even went so far as to criticize Cloutier in July for offering Muslim Quebecers best wishes for Eid al-Fitr, the celebration that ends the holy month of Ramadan. Joining critics who sarcastically asked if Cloutier had also wished Quebecers a happy Easter (he did), Lisée snarked “And what about a day for celebrating atheists?”

This in the guise of support for state secularism (which hadn’t stopped Lisée from joining the Marois cabinet in singing a resounding version of Gloria in excelsis Deo on the stairs of the National Assembly as the legislature broke for Christmas on Dec. 6, 2013). As secular as Sunday school, the PQ’s refusal to crack down on Catholic symbolism — even refusing to remove the cross hanging in the National Assembly Blue Room — shows a party that, to use an apt cliché, is incapable of practicing what it preaches.

Lisée, who has written two books — Pour une gauche efficace and Comment mettre la droite k.-o. — portraying himself as a champion of pragmatic progressive politics, was incensed this week when Quebec premier Philippe Couillard accused him of allying his party with right-wing governments in Europe by vowing to restrict immigration and resurrect identity politics that many hoped had died with the defeat of Marois.

The PQ under Lisée, Couillard said, would exhibit the “discourse of a sort of besieged nationalism, nationalism of the fearful, people who do not want to deal with diversity, who prefer that Quebec remain inward-looking.”

Incensed, Lisée told reporters “just because we don’t agree with him doesn’t mean that we’re members of European populist parties!”

But it’s difficult to see Lisée’s efforts to put Muslim religious attire back on the political front burner as anything else but populist politics. It may not be motivated by hate, but it is intended to capitalize on it, to exploit suspicion and distrust rather than dispel it.

As a journalist and political scientist, Lisée cannot pretend to be unaware of how quickly the flames of intolerance can be fanned by politicians who are prepared to exploit fear and insecurity for their own partisan ends.

We don’t need to look far to see examples of that. We can only hope that when Lisée looks at Washington these days, he’s not drawing the wrong conclusions. ■